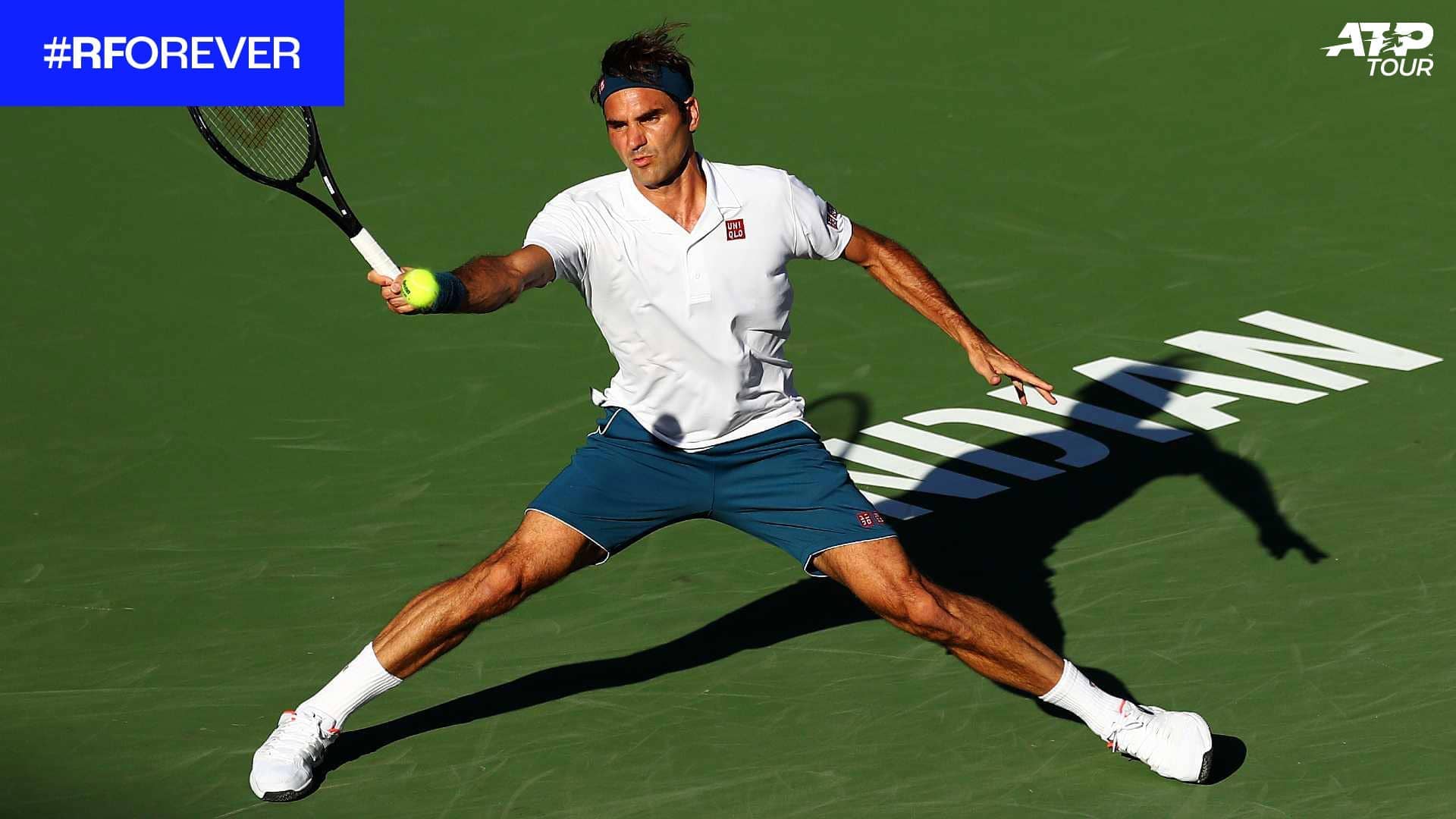 Roger Federer may be best remembered for his epic rivalries with Rafael Nadal and Novak Djokovic, against whom he played a combined 90 matches. But throughout his career, the Swiss developed long-standing and respectful rivalries with many other legends of the ATP Tour.

ATPTour.com looks back at his rich history against those men. 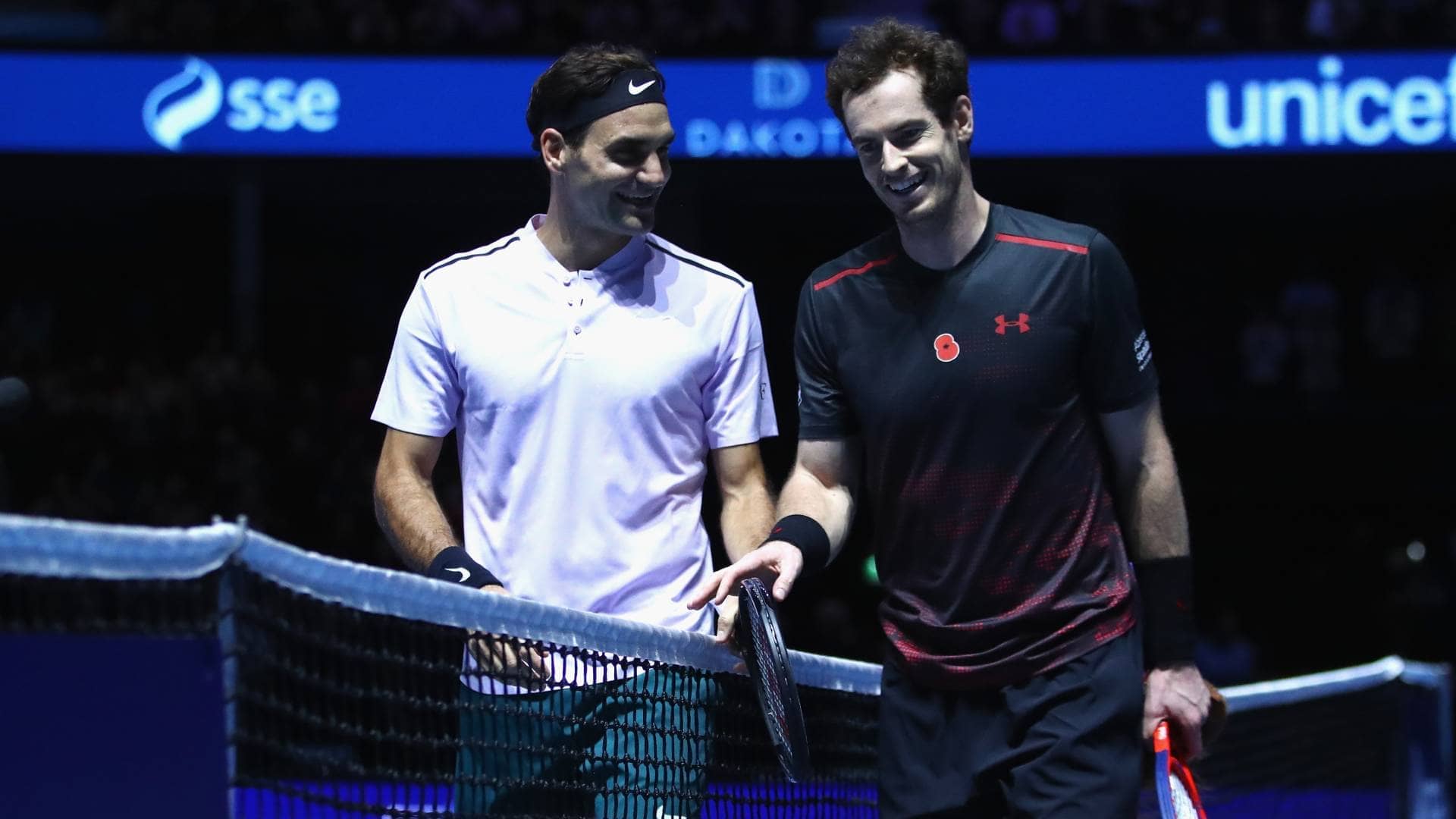 Federer and Murray last squared off in 2015 when they met twice, with Federer winning semi-final showdowns at Wimbledon and the Western & Southern Open. The Swiss won their last five meetings in a row, including the last 10 sets, to turn around a 9-11 record in their ATP Head2Head history.

While Federer owned the late stages of their head-to-head, Murray won six of their first eight matches. Federer was 24 and Murray 18 when they first met in 2005, with Federer beating Murray in the Briton’s first ATP Tour final in Bangkok.

The Swiss shined on the biggest stages, winning five of their eight finals, including all three at the Grand Slam level. The pair played just one five-set match, when Murray outlasted Federer in the 2013 Australian Open semis.

Murray was thrice denied by Federer in major finals, but avenged his third loss — at Wimbledon in 2012 — with a win in the London Olympics final just one month later back on Centre Court.

In nine ATP Masters 1000 meetings, Federer won just three times, with Murray 2-0 against him in finals at that level. 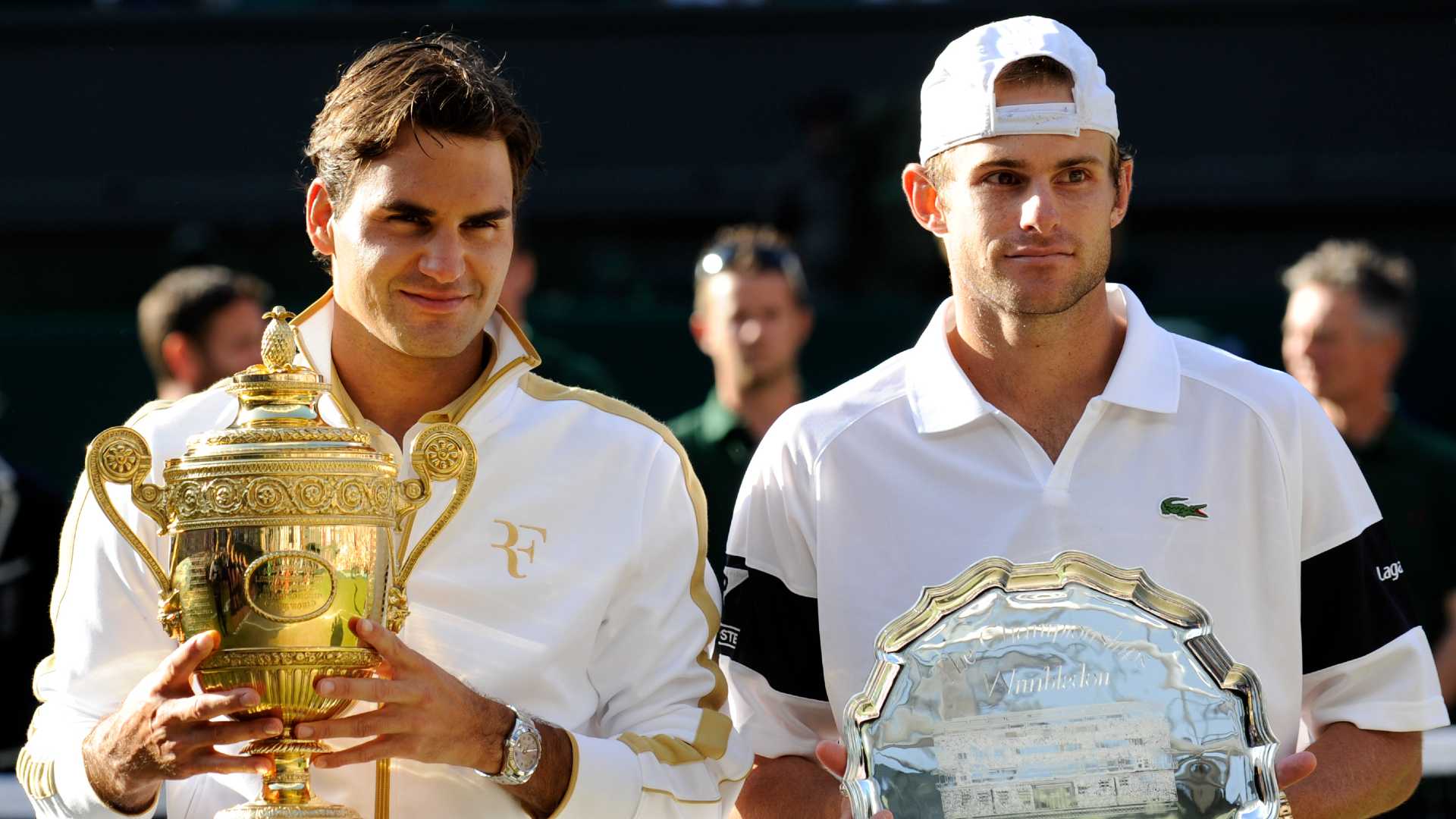 It may have been one of Federer’s most one-sided rivalries, but when he and Roddick met, there was always a lot on the line. Outside of two Nitto ATP Finals round-robin meetings, the pair never met before the quarter-finals until their very last match. With Federer just more than one year older than Roddick, both men enjoyed many of their prime years side by side — much to Roddick’s chagrin.

From 2004-06, they contested six straight finals, including at three Grand Slams and two ATP Masters 1000s. All six went the way of Federer.

Federer and Roddick played at least once each year from 2001-12, with a high of four meetings in 2009. The Swiss won all four of those 2009 matchups, with the last of those standing up as an all-time classic. In that year’s Wimbledon final, Federer saved four set points to avoid going behind two sets to love before edging the American in the defining match of their rivalry. Deep into an extended fifth set, he emerged victorious, 5-7, 7-6(6), 7-6(5), 3-6, 16-14.

“The Roger Federer of the golden days was the best player ever on both the defensive and offensive levels,” Roddick said in Untold: Breaking Point, the Mardy Fish documentary. “It was literally impossible to find a hole to hurt him.” 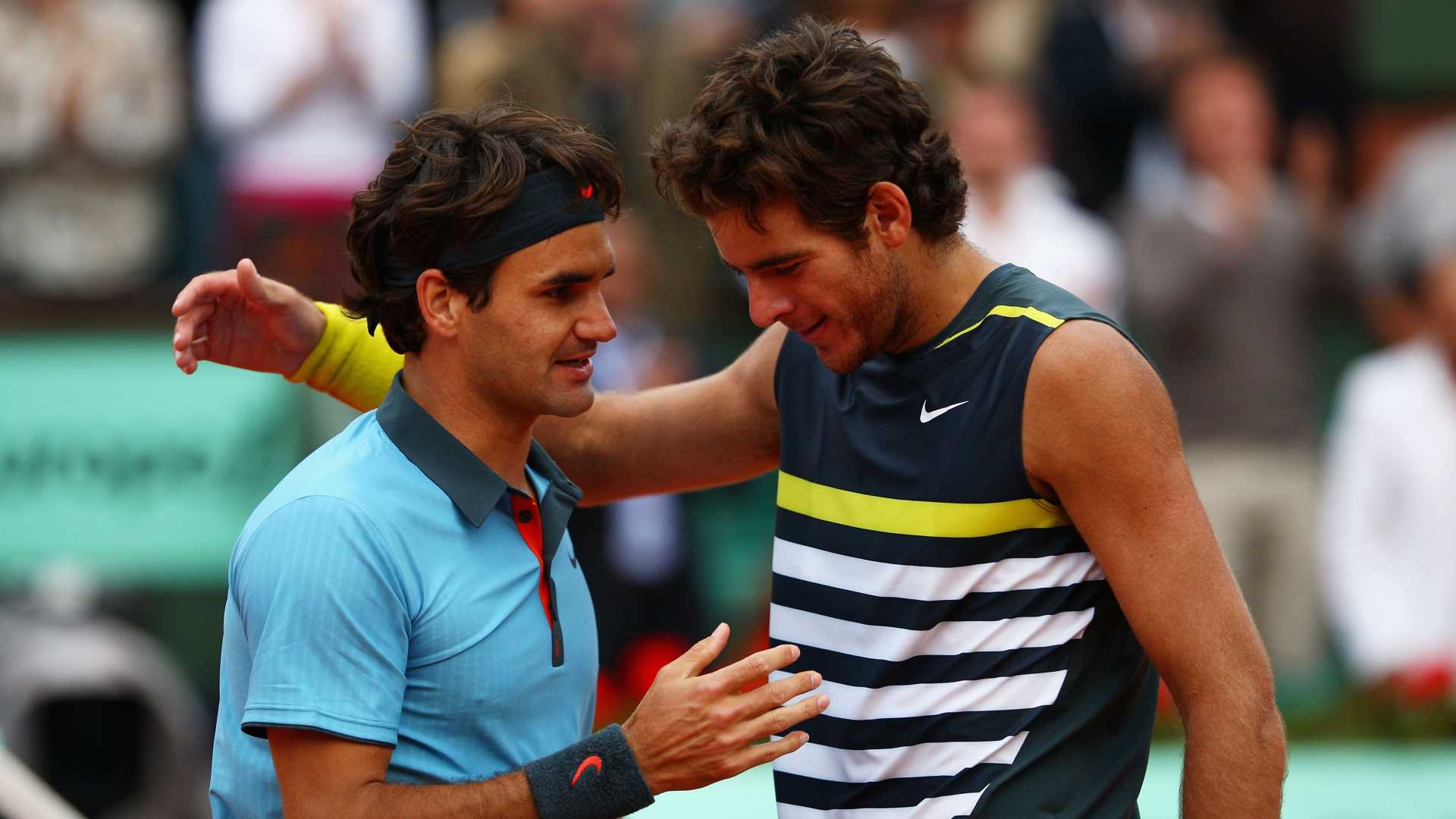 Federer won the first six matches in this ATP Head2Head rivalry before del Potro roared back in a five-set 2009 US Open final to end the Swiss’ five-year run as the New York champion.

The pair met five times that season, contesting decisive sets in their last three matches of the year at Roland Garros (Federer), the US Open (Del Potro) and the Nitto ATP Finals (Del Potro).

In a rivalry that spanned more than a decade, nearly one-third of their total meetings came in 2012, with five of their eight meetings that year going the distance. Federer completed a comeback from two sets down in the Roland Garros quarter-finals and battled back from a set down in a marathon 2012 London Olympics semi-finals for a 3-6, 7-6(5), 19-17 victory.

The last installment of this ATP Head2Head rivalry was one of the best: In the 2018 Indian Wells final, del Potro saved three match points on return before gutting out a win in a third-set tie-break. It was the sixth title match between the pair.

Their fifth final came in their penultimate match as Federer claimed the eighth of his 10 hometown titles in Basel. After losing to the Argentine in three sets in the 2012 and 2013 finals, the Swiss gained a measure of revenge at the ATP 500 with a comeback three-set win in 2017. 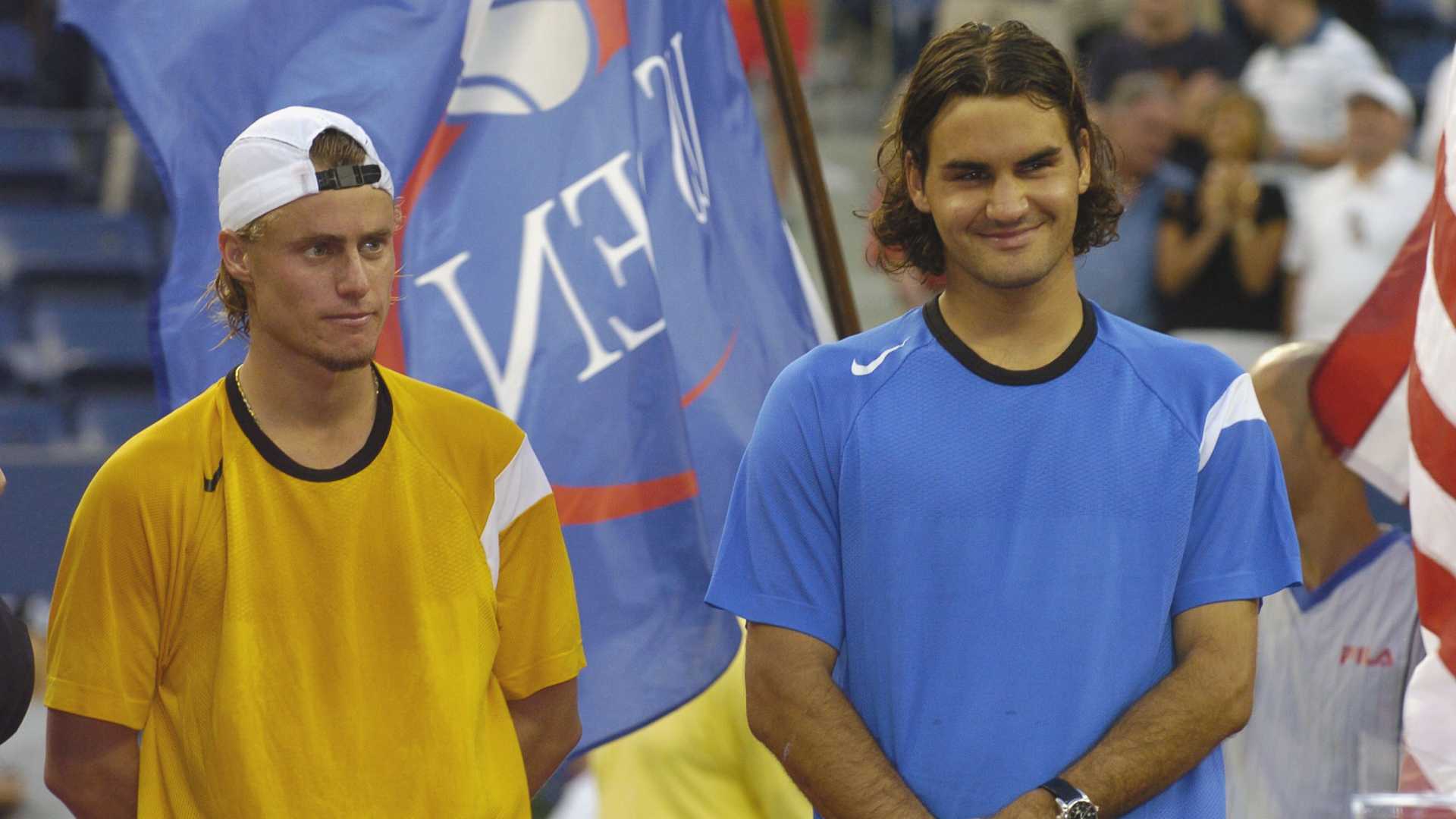 The on-court history between Federer and International Tennis Hall of Famer Hewitt spans from 1999-2014 and includes a 15-match win streak for Federer from 2004-10. Both men were born in 1981 and turned pro in ‘99, with Hewitt opening their ATP Head2Head series with a three-set win that year in Lyon. Their 27 tour-level singles meetings are the most for Federer against any man other than Djokovic (50) or Nadal (40).

The pair met six times in 2004, including at three Grand Slams (all but Roland Garros) and twice at the Tennis Masters Cup (now the Nitto ATP Finals). Federer was a straight-sets winner in both of their finals that season — at the US Open, where he recorded two 6-0 sets, and the year-end event.

“Obviously, Roger Federer was one of the toughest players at his best,” Hewitt said in a 2020 Forbes Q&A. “I was probably at my best at the time he was at his best, and he was awfully tough to play in big matches.”

Federer also defeated the Aussie in straights in the 2005 Indian Wells final, though Hewitt took their last two title tilts in Halle (2010) and Brisbane (2014).

One of their standout encounters came at the 2007 Western & Southern Open. After the unseeded Hewitt saved a match point in the second-set tie-break, Federer gutted out a 6-3, 6-7(9), 7-6(1) victory en route to the Cincinnati Masters 1000 title.

Earlier in their respective careers, Hewitt outlasted the Swiss in a pair of marathon matches. The Aussie won a 7-5, 5-7, 7-5 semi-final in over three hours at the Tennis Masters Cup, then followed it up with a five-set win in the Davis Cup semi-finals. 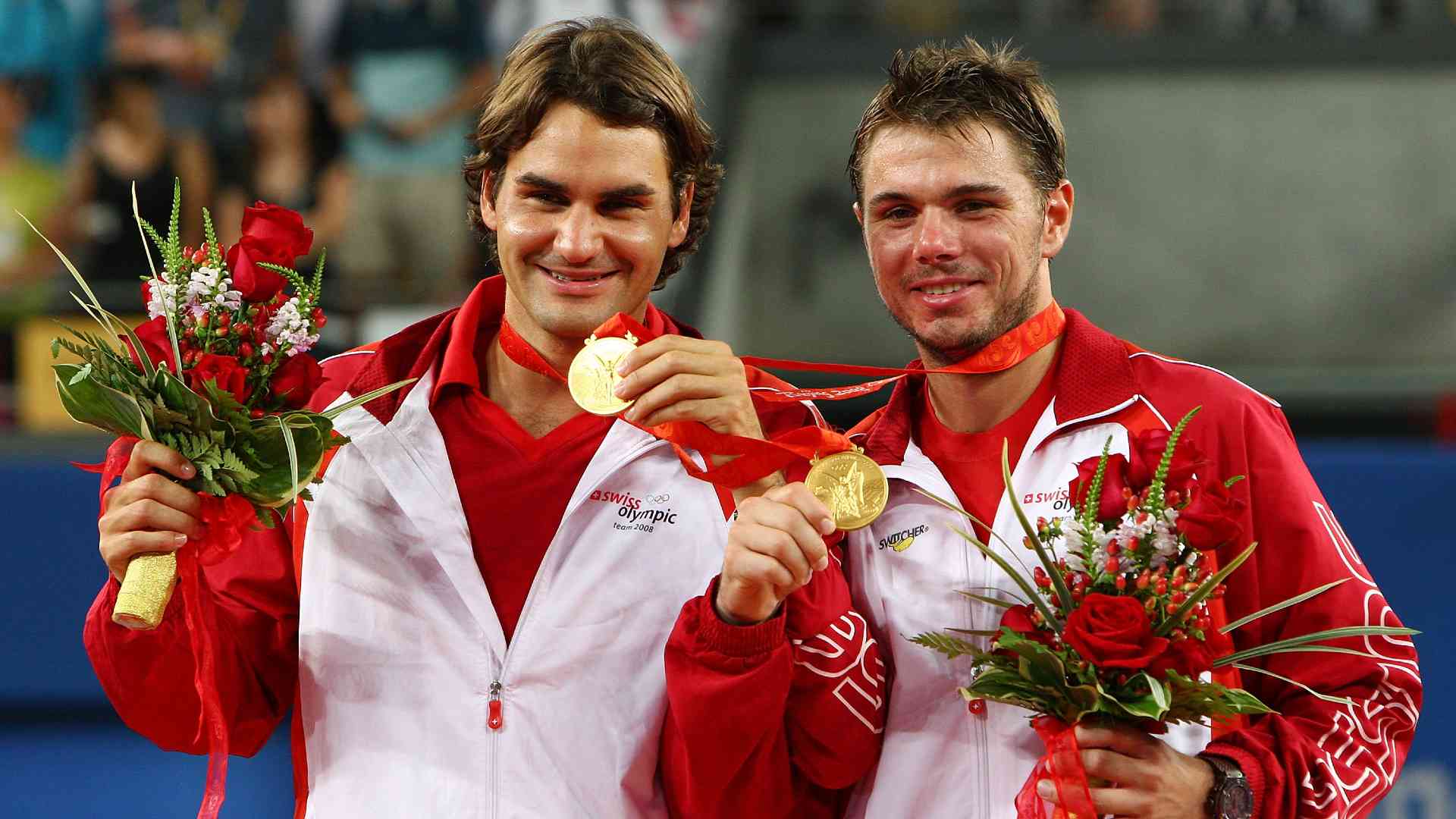 As teammates, Federer and Wawrinka won the 2008 Beijing Olympics doubles gold medal and 2014 Davis Cup. As competitors, Federer enjoyed the lion’s share of success against his countryman.

The Swiss standouts made a habit of playing one another for the game’s biggest prizes. Of their 26 meetings, 12 came at the Masters 1000 level (10-2 for Federer), eight at the Grand Slams (7-1 for Federer) and two at the Nitto ATP Finals (2-0 for Federer).

Their first Nitto ATP Finals matchup, in the 2014 semi-finals, was perhaps the most dramatic of their 26 meetings. In a 4-6, 7-5, 7-6(6) victory, Federer saved four match points, including three as Wawrinka attempted to serve out the match at 5-4 in the final set. The match left Federer spent, as he later withdrew ahead of the final against Djokovic.

“He’s the best player ever, so far,” Wawrinka said of Federer in an Instagram Live chat with Chris Evert in 2020. “He’s been winning everything, beating everybody. He’s better than the other players and better than me,” Wawrinka continued. “His game is a completely different style. He puts you under pressure all the time, he’s so aggressive, changes [pace] a lot. For my style of play, that’s tougher than someone who keeps [hitting] the same ball.” 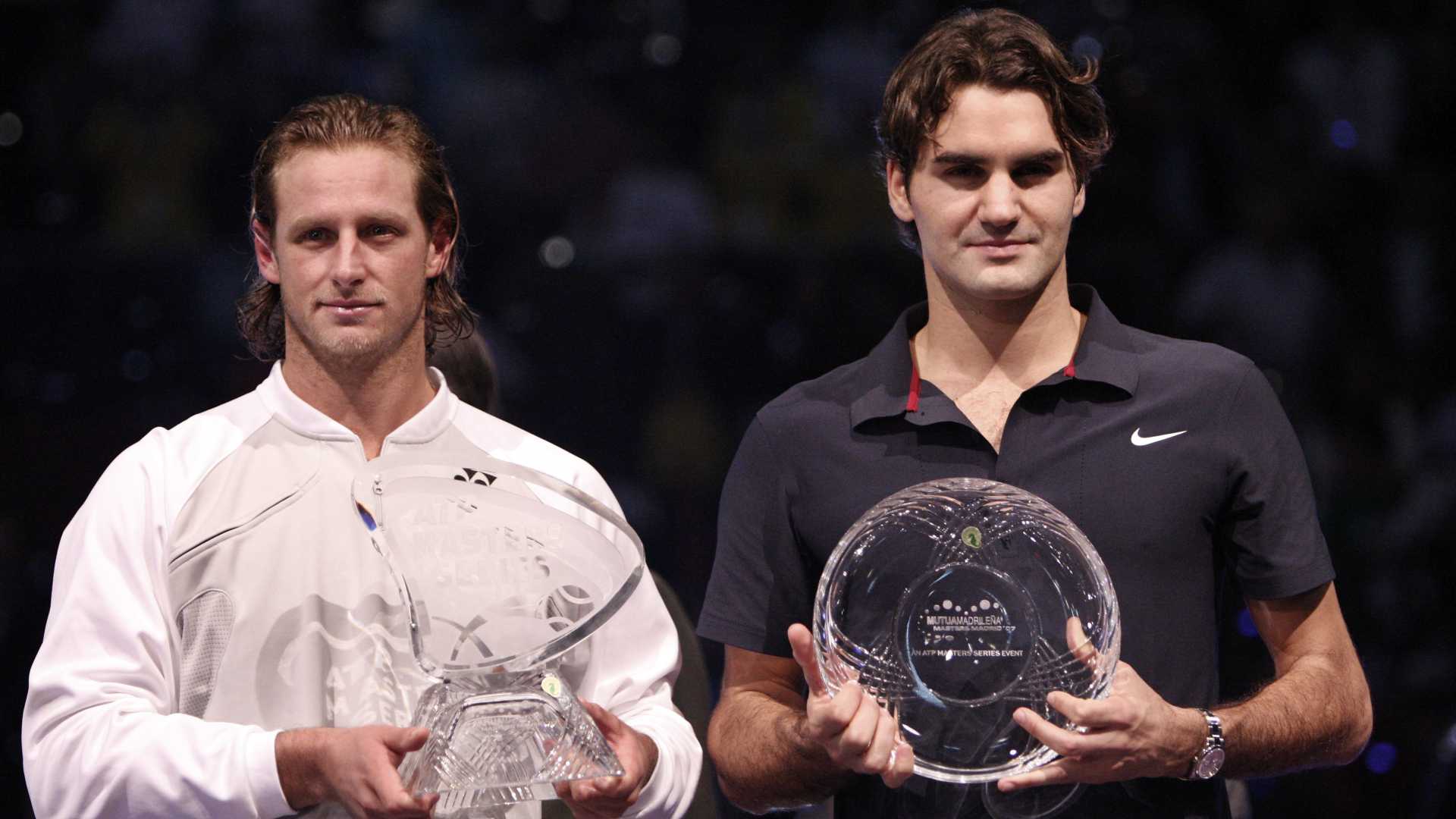 It took Federer some time to figure out Nalbandian, the former World No. 3 who is five months his junior. The Argentine won each of their first five meetings, including a pair of ATP Masters 1000 victories and a pair of Grand Slam triumphs. Nalbandian also won their first final, at the 2005 Tennis Masters Cup.

That Shanghai meeting holds up the most gripping contest between the pair. After Federer won their round-robin matchup in three sets, he took the first two sets of the final in tie-breaks. But Nalbandian battled back and ultimately claimed the title by winning a tie-break of his own in the fifth set.

Trailing 3-6 in the head-to-head following that defeat, Federer turned the tables by winning eight of their last 10 meetings. In their very next match, it was the Swiss who won a final-set tie-break in the Rome ATP Masters 1000 semi-finals, beginning a run of five consecutive victories.

They would contest two more finals later in their history: Nalbandian won a three-setter at the Madrid ATP Masters 1000 in 2007, before Federer won the Basel title match in 2008 to claim the third of his now 10 titles at his hometown event. 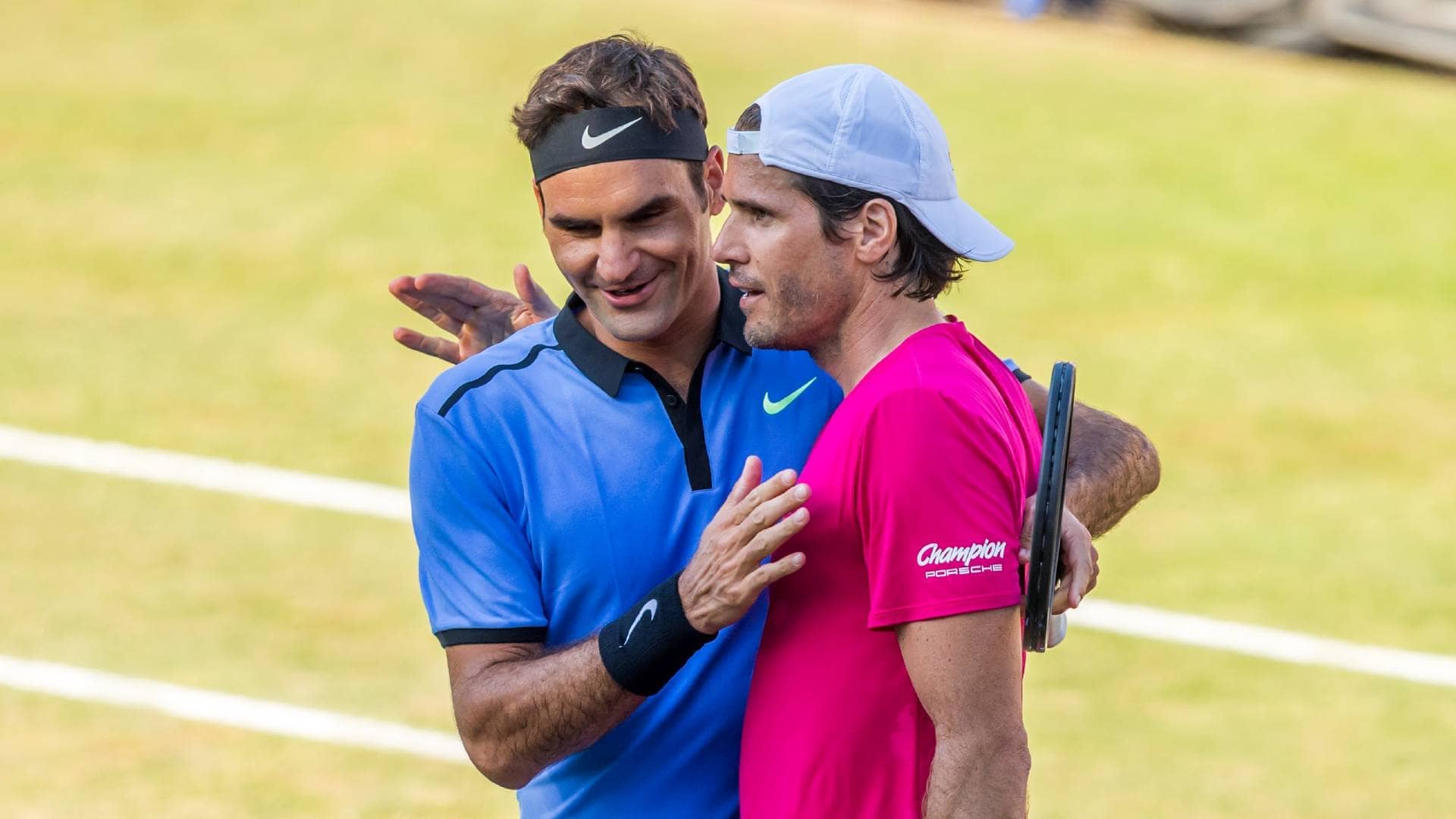 Tommy Haas bookended this rivalry with a pair of wins, including a semi-final victory in their first meeting at the 2000 Sydney Olympics semi-finals, but it was all Federer in between.

Three of their four Grand Slam meetings went five sets, with Federer sweeping the lot. He came back from two sets down at Roland Garros 2009 – when he would go on to take his lone title at the clay major to clinch a career Grand Slam – and from two-sets-to-one down at the 2002 Australian Open. Federer also won all four of their ATP Masters 1000 meetings with the loss of just one set combined.

The Swiss won their lone meeting in Switzerland and was 3-2 against Haas in Germany, though Haas won the only final of their career series in Halle in 2012.