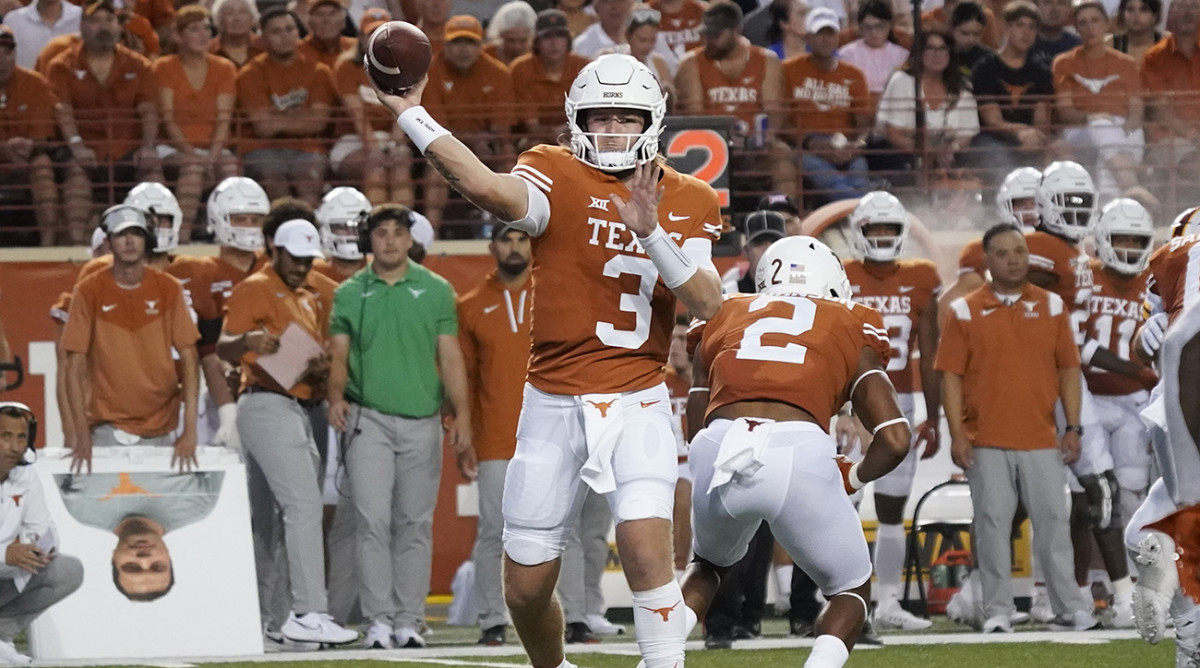 Texas coach Steve Sarkisian revealed Thursday that quarterback Quinn Ewers will travel and suit up for the Longhorns in their upcoming game against Texas Tech.

Sarkisian did not reveal who would start against the Red Raiders, per the Austin American-Statesman’s Brian Davis.

Ewers, who suffered a clavicle sprain in the Longhorns’ 20–19 loss to Alabama, has reportedly been progressing since the injury which was set to sideline him for 4-6 weeks. Davis reported Saturday the 19-year-old could be “back far sooner than people expect.”

The former No. 1 recruit in the 2022 class reclassified and played for Ohio State in 2021, though he played second fiddle to Heisman Trophy-finalist CJ Stroud. Following the season, Ewers announced he’d transfer, igniting a recruitment battle amongst Texas schools for the highly touted signal-caller. Ewers chose the Longhorns in December 2021.

Before his injury, Ewers went 25-of-36 for 359 yards, posting two touchdowns and one interception. Against the Crimson Tide, Ewers churned through the Alabama defense, posting 134 yards on nine completions in the first quarter before going down with the injury.

In his stead, Hudson Card has taken over the starting role. Card, who lost the quarterback battle to Ewers in August, kept the Longhorns close in their loss to Alabama and led Texas to a 41–20 win over UTSA.

Texas will play Texas Tech in Lubbock Saturday at 3:30 ET.