Which Naruto Character Are You, Based On Your Enneagram Type? 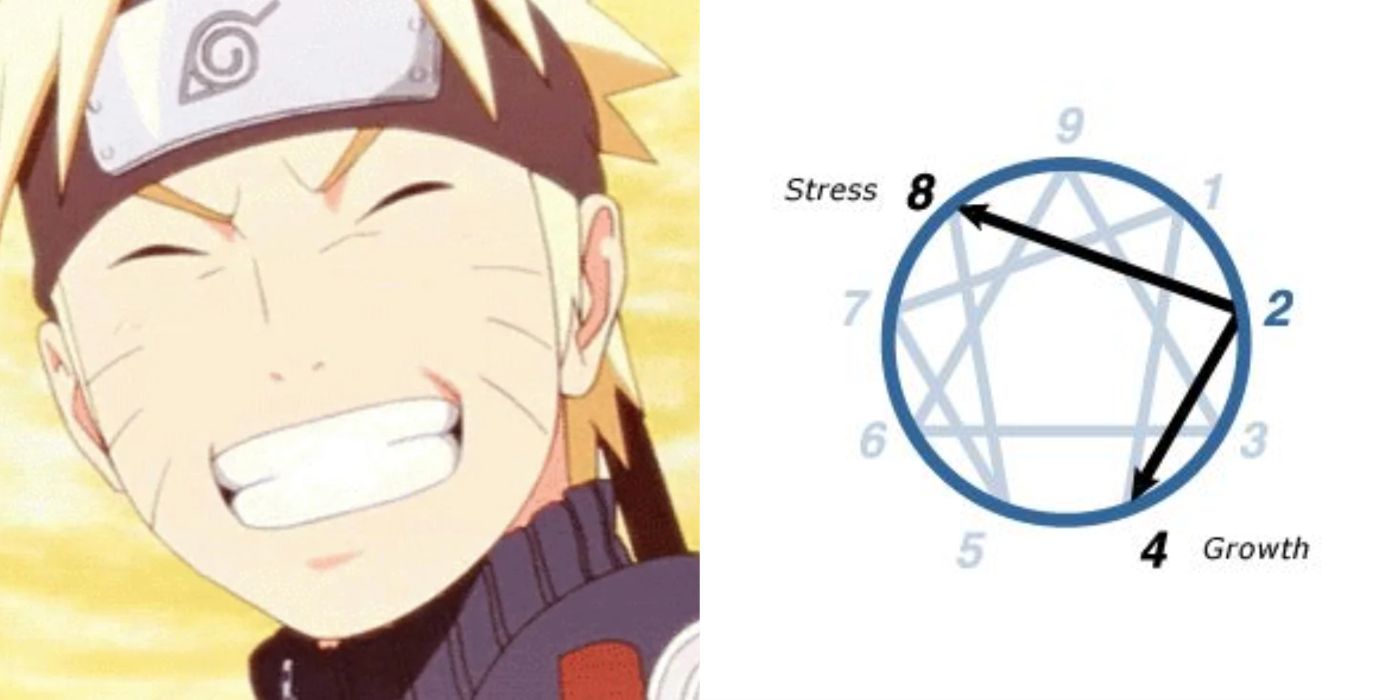 There are many ways to describe a person's personality type. The Enneagram examines several parts of a person's behavior, values, and thought processes to assign you one of nine personality types. These types are based on what concerns a person most in life and how they respond to or go about acquiring it.

Anime like Narutowith a massive cast of characters has examples of all nine types. From the strict and dogmatic Perfectionists like Neji Hyuuga to the free and fun-loving Enthusiasts like Kiba Inuzuka, the characters of Narutorun the gamut of personality types.

Type Ones are strict with themselves and with others. They have very high standards and a powerful sense of right and wrong that guides their every action. While this makes them fervent in pursuits of justice and righteousness, it also makes them difficult to convince they're making the wrong choice and prone to resentment of others they believe to be wrong.

Especially in his earliest appearances, Neji is devoted to the idea that everyone is born with a destiny that they cannot escape, stemming from his being raised in the branch family of the Hyuuga clan and resenting the main branch. After Naruto defeats him in the Chuunin Exams, Neji reconsiders his principles and lets go of his resentment, shifting his devotion to rising in the shinobi ranks and mentoring his cousin Hinata.

Naruto is a quintessential Type Two. What a Type Two wants more than anything else is to be loved, and they will often do things for others in hopes of gaining affection or attention. However, their friendliness, kindness, and desire to lend a hand are more often than not fully genuine.

Growing up an orphan shunned by his village, Naruto was intensely lonely as a child and would act out for attention. As he matures and gains genuine care and friendship from others, his attention-seeking behavior wanes, but his powerfully compassionate heart only grows stronger. Empathizing with others in the same pain as himself, as seen in some of his best quotes in ShippudenNaruto seeks to help rather than destroy them.

The title of the Achiever more than suits Type Threes like Rock Lee. Threes think of only one thing at any given time, which is success. Polite, self-assured, and incredibly capable, they are role models to their peers, but the fear of being considered worthless lingers at the backs of their minds.

As a beginner, Lee was mocked and looked down on for his lack of ability to perform ninjutsu or genjutsu. His extreme persistence and dedication to practicing taijutsu led him to become the master he is today, his confidence never once outwardly failing. He puts himself through punishing training regimens in order to become one of the strongest characters in anime.

A Type Four is among the showiest personality types. Fours never want to be ordinary for a second and are never afraid to show their feelings, for better or worse. While this can cause a tendency toward moodiness and self-centeredness, it also lends itself to sincerity in their emotional expressions and an easier time understanding the feelings of others.

Outspoken, brash, and ready to bulldoze the competition, Ino still shows a strongly sensitive, and compassionate side. As a young child, she defended Sakura from bullies and helped her become more confident. As an adult, she ultimately winds up with Sai for similar reasons: his trouble connecting with other people and his own emotions isn't something that shakes Ino at all.

Type Fives are highly curious and insightful. They want to know everything about the world and its workings, and while this makes them one of the more inventive personality types, they also tend not to prioritize connections with other people, making them appear detached and even eccentric.

Sai's personality was shaped by his upbringing in the Leaf Village's covert ops group Root, whose training involves heavy emotional suppression. As a result, Sai has trouble connecting with his own feelings and with other people, though he is intelligent, highly perceptive, and, as seen by his art, creative by nature. He relies on logical connections and recorded investigations to learn how to navigate the world outside his missions.

Practical, responsible, and sometimes a bit tempestuous, Type Sixes are known as Loyalists for a reason. They will stick with the ones they love to the bitter end. They never give up once they've made a decision, and are driven by the desire to keep their circle together and maintain a strong sense of security.

Sakura begins the story by hiding insecurity behind a loud voice and short temper, but she quickly begins to take her training as a kunoichi seriously out of a desire to protect her teammates. When Sasuke defects and Naruto leaves to train with Jiraiya, she devotes herself to becoming a powerful healer and brawler in the hopes of bringing them all back together again, growing confident and courageous.

One of Naruto‘s best side characters, Kiba is a classic Type Seven, also known as the Enthusiast. Type Sevens are the most extroverted personality type. Playful and spontaneous, they are constantly on the go and on the hunt for stimulation. They do not deal well with pain or stress, and will often double down on trying to find something new to do to distract themselves.

Kiba values freedom and can lack discipline at times. His high energy, outgoing nature, and relentless positivity help his more introverted teammates, Hinata and Shino, come out of their shells. He also tends towards denial as a coping mechanism for his problems. In the episode “Kiba's Long Day,” he breaks an infected Akamaru out of an ANBU clinic out of the refusal to accept that his beloved dog is now possibly incurably dangerous.

A Type Eight must be in control of everything at all times. Powerful and domineering, they hate being told what to do or that they are wrong. They are driven by a fear of being weak, vulnerable, or out of control, especially if that means that they or someone they love will be harmed. This often makes them quick to anger and confrontation.

It's exactly these traits that lead Sasuke to become one of the most infamous anime heroes who became a villain. Traumatized by the loss of his clan, Sasuke will do anything to become strong enough to avenge them and lashes out at any attempt to convince him that his way of thinking is wrong. When he rejoins the heroes' side after a colossal effort on his friends' part, he begins to use his Challenger qualities for good: defending the Leaf Village and taking on dangerous missions outside the village in repentance for the hurt he's caused others.

Type Nines, also known as Peacemakers, are exactly what the name implies. They hate conflict and value keeping the peace over everything else, meaning that they tend to be accommodating at best and highly self-deprecating at worst. A Type Nine needs deep inner strength and confidence to draw on if they want to be able to solve conflict without sacrificing parts of themselves in the process.

Hinata's character arc is all about building up that inner strength she's always had but was stifled by her father's harsh disapproval and her own natural fear of standing up for herself. Encouragement from her team and Naruto, her refusal to give up, and her desire to protect her loved ones spur her on, and she steadily starts to speak up and stand her ground more until she's become a strong and self-confident shinobi fighting for peace.

NEXT: Which Naruto Character Are You, Based On Your MBTI Type?