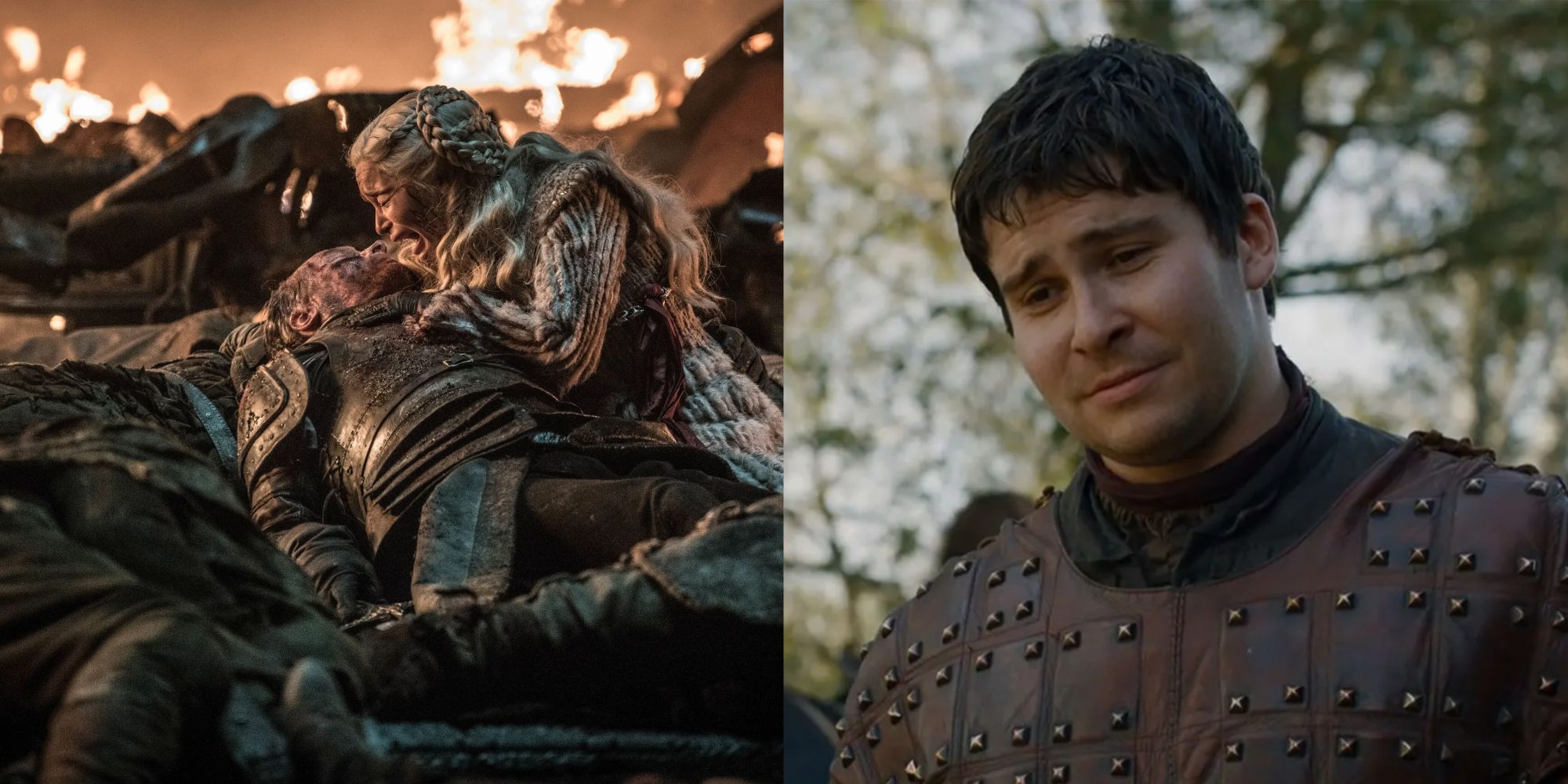 As House of the Dragon continues to showcase that brilliant political intrigue that made fans fall in love with Game of Thronesthe true loyalties of characters are becoming clear, and few characters are genuinely loyal without ulterior motive. In Game of Thrones, this is also the case, but there are a select group of characters loyal to the death to certain individuals and causes.

For the most part, this loyalty leads these characters to death, with the clearest example being Ned Stark. They will not mind, though, as is the nature of their loyalty, which, for these characters, is unwavering and sums up who they are as characters in Game of Thrones.

Ned Stark can be summed up by his honor, which ultimately costs him his life. Hand in hand with this honor was an immense loyalty to his family, to Robert Baratheon, and to his own unfaltering ideals.

Ned and his loyalty is an interesting subject. Characters believe him disloyal to an extent for cheating on his wife, but he did no such thing; he did lie to her and Robert and concealed the truth about Jon, Lyanna, and Rhaegar, which may again show him to be slightly disloyal, but the act itself was out of honor and loyalty to the Stark name. In reality, Ned was immensely loyal to the Stark family, coupled with his constant willingness to support Robert.

In a world full of despicable, abhorrent individuals, Brienne of Tarth stands tall as one of Westeros' best people and one of the show's sincerely awesome characters. She is also a fiercely loyal Knight riddled with bad luck.

Brienne fought for numerous different people, but that does not take away from her loyalty. She was loyal to the end to Renly, even executing Stannis for his murder long after it happened. Then, she was loyal to Lady Stark, right until her death, before continuing to stay loyal to Sansa and Arya at the request of Catelyn, fulfilling her duty. Even her defending Jaime is indicative of how loyal she was to those she believed in, whose causes she was proud to fight for.

Samwell Tarly is one of the few characters in Game of Thrones who can be deemed sweet, and he is also incredibly loyal to not only Jon Snow (who can also be considered loyal) but to Gilly and little Sam, too.

Sam may have been the most protected character in the show as far as plot armor goes, yet it remains hard to dislike the person. He stands by and follows Jon no matter what, and his dedication to saving and then protecting Gilly is nothing short of admirable.

House Reed is a vassal house with sworn fealty to House Stark, something they obviously did not take lightly since three of their members are shown to be three of the most loyal Game of Thrones characters.

Howland Reed fought by Ned Stark's side at the skirmish at the Tower of Joy, killing Ser Arthur Dayne. There are then Meera and Jojen, two characters who continually proved their loyalty to Bran Stark. The latter gave his life to get Bran to the Three-Eyed Raven, and the former dragged Bran to the Wall to safety, never giving up despite the circumstances.

Osha has such a great journey in Game of Thronesbeing a Wildling, enemy, and prisoner of the Stark's, who ends up becoming one of the most loyal protectors of Bran and Rickon.

Osha helped the Stark boys escape Winterfell when Theon took it over and never left them behind or betrayed House Stark at any point despite the opportunities. She fought to help Bran on his mission and even traipsed back south to take Rickon to safety before she was killed by Ramsay.

It is impossible to hate Podrick Payne, affectionately known as Pod the Rod by some, as he may well be the most optimistic and cheeriest character in the show, as well as one of its most loyal characters.

As the squire to Tyrion, Pod formed a great bond with the Lannister and Bronn, to whom he proved himself a fantastic and loyal friend, fighting alongside them and even saving Tyrion's life. When he was paired with Brienne, he was the same way, fighting alongside her to defend Sansa and Theon and proving himself a loyal servant to the Knight, whether she wanted it or not.

A terrific friend and one of Game of Thrones most loyal characters, Hodor's loyalty to Bran Stark is shown best in his final iconic scene, in which he gives his life to save the young Stark in one of the show's saddest deaths.

Nobody could have predicted the direction Hodor's story would go and just how deeply impactful his death would be. Of course, his death is not the only evidence of his loyalty, as he was right by Osha and Reed's sides, getting Bran to the Three-Eyed Raven, and stayed with him for his duration there, and even before that, carried around the disabled Bran, there at his beck and call.

Whereas most characters who remain fiercely loyal to certain individuals often find themselves morally in the right and come out as relatively likable people, Grey Worm's loyalty to Daenerys saw him go down a path of slaughtering, including the people of King's Landing.

His dedication to his Queen for the majority of the show is to be commended, and even beyond her death, he stuck by her, defending her and deeming her assassination worthy of death despite her atrocities and dumb decisions – in the end. Daenerys may not have stayed true to her character, but Grey Worm stayed true to his by never leaving her command and also by being loyal and remembering both her and Missandei beyond their deaths.

While Game of Thrones spent at least six years being brilliant at killing off characters, there are certain individuals fans are very happy to have seen survive the whole show, such as Ser Davos Seaworth, the Onion Knight.

Loyal to the living like so many others by the Battle of Winterfell, Ser Davos was Stannis Baratheon's most loyal subordinate, viewing him as the true king and growing to adore his daughter. Ser Davos would then find himself in command of Jon Snow, whom he wonderfully advised and stood by. Many viewed him as a great man worthy of following, fighting by Jon's side, and being one of the show's best and most loved characters right to the end.

It is a testament to the will and devotion of Ser Jorah Mormont that he actually betrays Daenerys Targaryen. Yet, he can still be deemed one of, if not the show's most loyal character.

While initially, he was spying on Dany for Robert, but seemingly before their arrival on Qarth, he stopped and was entirely, wholly devoted to her front that point, until he died protecting her from the dead. Jorah may have initially betrayed this woman he did not know, but when he regretted ever doing so, he tried to win back that trust, even going beyond to take all the punishment. He grew to love and believe in the Mother of Dragons and fought until his last breath to keep her alive and safe, doing all he could to return to her good graces and prove himself loyal to her.

NEXT: Characters Who Betrayed House Targaryen, Ranked Least To Most Shocking

Werewolf By Night Transformation Did Not Use CGI