Why Do Former Presidents Have Access to Classified Information?

9 New Albums You Should Listen to Now: Björk, Yeah Yeah Yeahs, and More

5 Changes Made to A New Hope Over the Years 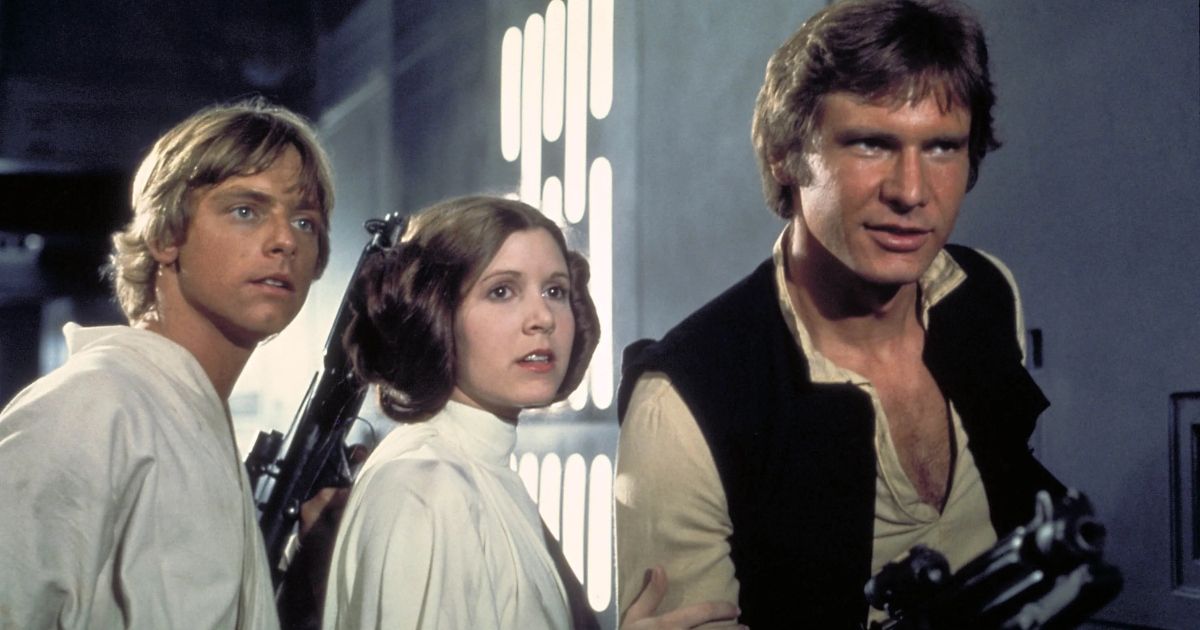 There are few movies that get changed as often after they release like Star Wars: Episode IV – A New Hope. George Lucas is infamous for retroactively changing elements of the original trilogy, and then Disney made a few additions and tweaks after the fact as well. These changes, those that are talked about at least, are controversial in the fan community of Star Wars. Fans are generally resistant to changing something as formative as the Star Wars original Trilogy, especially if it was a part of their childhood nostalgia. However, some of these changes are also relatively minor and even the most ardent fan may not have noticed all the edits.

With streaming and digital formats, we exist in a time where changes like these are easier than ever to add to movies or TV shows. Though this means classics can be retouched to be more visually striking, it also means that those classics can be irrevocably changed in their digital forms. Making Greedo shoot first, for instance, may seem insignificant, but it does mean that the version where he doesn’t is harder to find. Lucas has called A New Hope “half completed” in an interview with TODAY, perhaps explaining why so many changes were made to the movie when he controlled the franchise. Here are five changes Lucas made to A New Hope.

Before it was A New Hopethe first Star Wars movie was known as just Star Wars. In 1981, however, the title of the movie itself was changed to Star Wars: Episode IV – A New Hope. This change mirrors how the sequel, Empire Strikes Backwas titled as it always had the number 5 attached to it. The change to making the original Star Wars movie “Episode 4” is a hotly debated change, but not necessarily because it adversely effects the movie, but rather whether it reflects Lucas' original intent. Lucas claims that this was made to reflect the fact that Star Wars was always originally intended to feel like the middle of a grander story, but some doubt whether this was planned so far in advance. Lucas himself is somewhat inconsistent when it comes to how many films he originally planned to make. Michael Kaminski, who wrote the book The Secret History of Star Warsclaims that Lucas outright lied when he said that Star Wars was always supposed to be Episode 4. On the other hand, there are those who claim that episode 4 was always the intended title.

Han Solo, the lovable rogue of the original trilogy, has an arc of being initially a selfish criminal, but eventually learning to fight for something bigger than himself. One change in A New Hopeimplemented in 1997, was made to retroactively reflect this heroism. In the film, there is a confrontation between Han Solo and another criminal named Greedo. In the original release of the film, Han shoots Greedo first, knowing that he's here to kill him. In the 1997 version, and the versions afterward, Greedo shoots first but misses Han. Various other tweaks have been added to the scene, including a change more recently in the Disney+ version in 2019, where Greedo also says the Huttese word “Maclunkey” as a threat.

This change has received considerable criticism. It's perhaps the most infamous example of Lucas meddling with already-released Star Wars movies. Many fans see it as undermining his character arc later in the movie or undermining his initial characterization as an underworld rogue.

Another scene on Tattoine that's added to newer versions of A New Hope is a deleted scene in the original film. The Jabba the Hutt scene was original made to convey that Han is dealing with a debt to the infamous crimelord. The scene was originally intended to be in the movie, but it was cut due to constraints of time and money. In 1997, the scene was re-inserted, with a CGI Jabba the Hutt being added into the scene to replace a human stand-in actor. The addition was very poorly received, with some preferring the original version of the Greedo scene as a way to explain Han's trouble with the Hutts. Some also criticized the CGI itself, finding it to be offputting and bad.

Related: The Story of Star Wars: How the Iconic Movie Got Made (and Almost Didn't)

Biggs Darklighter is one of the named Rebel Pilots from the original trilogy and a friend of Luke on Tatooine. Biggs dies later in A New Hopein the attack run on the Death Star. In the 1997 special edition of A New Hopethere's an additional conversation between Luke and Biggs on Yavin before they go to blow up the Death Star. This change to the original trilogy is one of those rare ones that actually seemed to have been mostly positively received, with people noting that it helps to add to the relationship between the two characters. It's rare to see a change to A New Hope that isn't criticized heavily or not noticed at all.

There were a lot of visual and audio changes to A New Hope that were more subtle than entire scenes being added or edited. Some things, like the Jawa Sandcrawler and some of the shots with X-Wings, were replaced by CGI. Some creatures or robots were added to scenes on Tatooine. Obi-Wan's Krayt Dragon sound was changed several times over the years. Changes were made to several Death Star scenes, including adding more Stormtroopers to chase Han Solo and modifying Obi-Wan's lightsaber's glare and colour. Notably, one change corrected a mistake, changing Luke's lightsaber. In some releases of the training scene on the Millennium Falcon, Luke's Lightsaber is green when it should be blue, and some releases fix this problem.

These graphical changes have also been criticized. Changes to Mos Eisley, as outlined by Screen Rant, have been noted as making the town feel too busy and normal, making it lose some of its mystique as a dangerous town. Some also criticize these sorts of changes on the basis that it changes the original movie.

9 New Albums You Should Listen to Now: Björk, Yeah Yeah Yeahs, and More