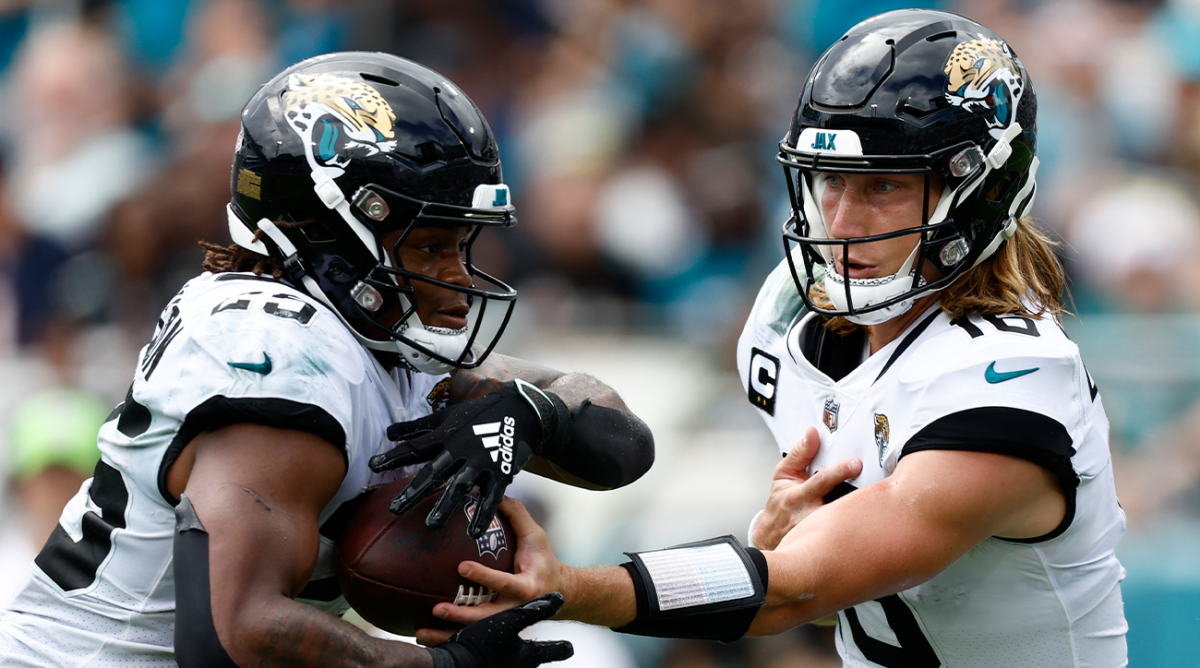 Have you heard the news?

SI Sportsbook is offering a free contest for every week of the NFL season! By now, you should be thinking: “Where do I sign up and what do I need to do to win?”

Bettors can enter SI Sportsbook’s free “Perfect 10” contest, which requires bettors to make 10 selections against the spread (ATS) for a chance at a share of a $10,000 prize each week during the NFL season. Every bettor who picks at least six games correctly will be awarded consolation prizes in the form of free bets.

Let’s take a brief look at some of the games on tap Sunday!

The Raiders and Bengals are facing must-win situations to avoid dropping to 0-3.

Las Vegas blew a 20-point halftime lead last week against the Cardinals and heads to Nashville as a 0.5-point favorite to face a winless Titans team that is 3-8 ATS over their last 11 games, including 0-2 this season.

Joe Burrow is the most-sacked (13) quarterback in the NFL. Cincinnati, a 4.5-point home favorite, will try to shore up its protection issues against a Jets club which upset the Bengals, 34-31, as 11.5-point home underdogs last season.

The Chargers are 8-1 SU and a perfect 9-0 ATS in their last nine meetings against Jacksonville back to 2010. However, will quarterback Justin Herbert (ribs) suit up? If he does play, will be effective enough to cover the 6.5-point spread?

So, which games stand out as best bets? Our Sports Illustrated is here to help. Let’s see what our team believes are the locks for the contest in Week 3.

The Dolphins looked amazing last week vs. a beat-up Baltimore secondary, but don’t expect the same kind of performance versus the juggernaut Bills team that have allowed 17 points this season while averaging 36 points per game.

The Titans have looked absolutely miserable, blowing a home game to the Giants and then getting destroyed Monday against the Bills. The Raiders have at least been competitive in both games, albeit losses. Something just seems off with the Titans and Ryan Tannehill is not playing well. Davante Adams should be fed early and often in this one following the disappointing game against the Cardinals and Las Vegas escapes Nashville with its first win of the season.

The Cardinals are coming off a huge come-from-behind win over the Raiders, but I don't see them building on that victory. The Rams have had their number over the last 11 games, losing once (9-1-1) against the spread. L.A. is also a perfect 7-0 against the spread in its last seven games in Arizona.

With the mighty Chiefs rolling into town and the Colts falling to score in Jacksonvillethe easy play should be Kansas City. Indy played its first two games on the road without its best linebacker (Shaq Leonard). He is expected back along with Michael Pittmangiving the Colts a bump in play on both sides of the ball. Patrick Mahomes threw five touchdowns in Week 1, but his wideout struggled to make plays versus the Chargers (10/116/1). Jonathan Taylor should be the difference-maker in this game, leading to Indianapolis—at minimum—covering.

Dan Campbell may have fallen asleep while watching Kirk Cousins sleepwalk through the Vikings’ primetime snoozefest with yet another sub-par Monday Night Football performance, but don’t expect the Lions to show any symptoms of drowsiness coming off a gritty Week 2 win as they travel across Lake Michigan to take on their NFC North rivals. Cousins will likely bounce back after returning to his 1 p.m. comfort zone, but Hard Knocks regular Jared Goff has found a rhythm in Detroit's offense with second-year stud Amon-Ra St. Brownand second overall pick Aidan Hutchinson will bring consistent pressure against Minnesota’s suspect O-Line. The Lions are 13-6 ATS since Campbell took over in 2021, so you should feel confident with the touchdown-plus in this week’s Perfect 10.

Predicting the NFC’s best team is up for debate, but I think it’s the Eagles. Philly is fifth in total DVOA and delivering surprising balance and efficiency on offense. Beating the Commanders would be a small step for this season, and another big game from Jalen Hurts could prove he's made a giant leap in his third year.

After an 0-2 start, the Bengals get just what they need. The Jets may be showing they'll no longer be everyone's pushover, but they don't have what it takes to take advantage of Cincinnati's biggest weakness. Joe Burrow has taken a beating behind a porous offensive line, but the Jets are near the bottom of the pack in sacks through two games. With a sense of urgency and just a little more time to throw, Burrow and the Bengals get a comfortable win.

Are the Jaguars good? They smoked the Colts in Week 2 and were a late fourth-quarter drive away from beating the Commanders in Week 1. Now, they hit the road against the Chargers and are getting 6.5 points. Trevor Lawrence is 0-9 in road games. Peyton Manning started his career 0-9 on the road too. Manning’s first road victory came in his 10th road game and, yep, it came against the Chargers. Weird coincidence that really has no substance to how this game will be played? Absolutely. But who cares, let’s have some fun!

I’m betting the Ravens jumps out to an early lead on the Patriots and don’t let up after their fourth-quarter collapse last week. The Patriots’ defense has held up through two games, but a Lamar Jackson-led team presents a unique challenge that this unit will not be able to slow down for fourth quarters, especially the way he’s been able to beat defenses deep. Even if Bill Belichick is able to contain Baltimore, I don’t trust in the New England offense to put up enough points to stick with the Ravens. This should be a convincing road win for John Harbaugh’s squad, though I appreciate the security blanket of a spread less than a field goal.

My best bet for this week’s Perfect 10 is a no brainer: Raiders -0.5! I know they are coming off a debacle in Week 2, losing to the Cardinals in OT, but that should not deter you from making this your best bet of the week. The Titans are simply not good at football. Ryan Tannehill was benched in Week 2, defenses have slowed Derrick Henry and they just gave up 41 points to the Bills as they are set to face another offense with the capacity to put up scores. I expect a breakout game from Davante Adams and for Derek Carr to spread it out to all of his weapons.

I like the Jaguars getting 6.5 points against the Chargers. This is a team playing as well as they have during the Trevor Lawrence era, and they’ve barely folded in Travis Etiennewho has a chance to be one of the league’s more dynamic playmakers. Justin Herbert is also coming off a rib injury and facing a dynamic Jaguars front that has some speedy pass rushing talent. Fold this all in together and you at least have the recipe for a game that is closer than 6.5 points.

I am going back to the well for a second consecutive week. The Raiders failed the sharps last week when they took their foot off the gas pedal in the second half against the Cardinals and blew a 20-point halftime lead. The Titans have only covered in three of their last 11 games because they struggle immensely if teams shut down Derrick Henry. The Silver & Black cannot afford to drop to 0-3 in a highly competitive AFC West if they have any postseason aspirations. “JUST WIN BABY” and that is all the Raiders have to do with a virtual pick’em spread.

Toffees come from behind to seal second straight win