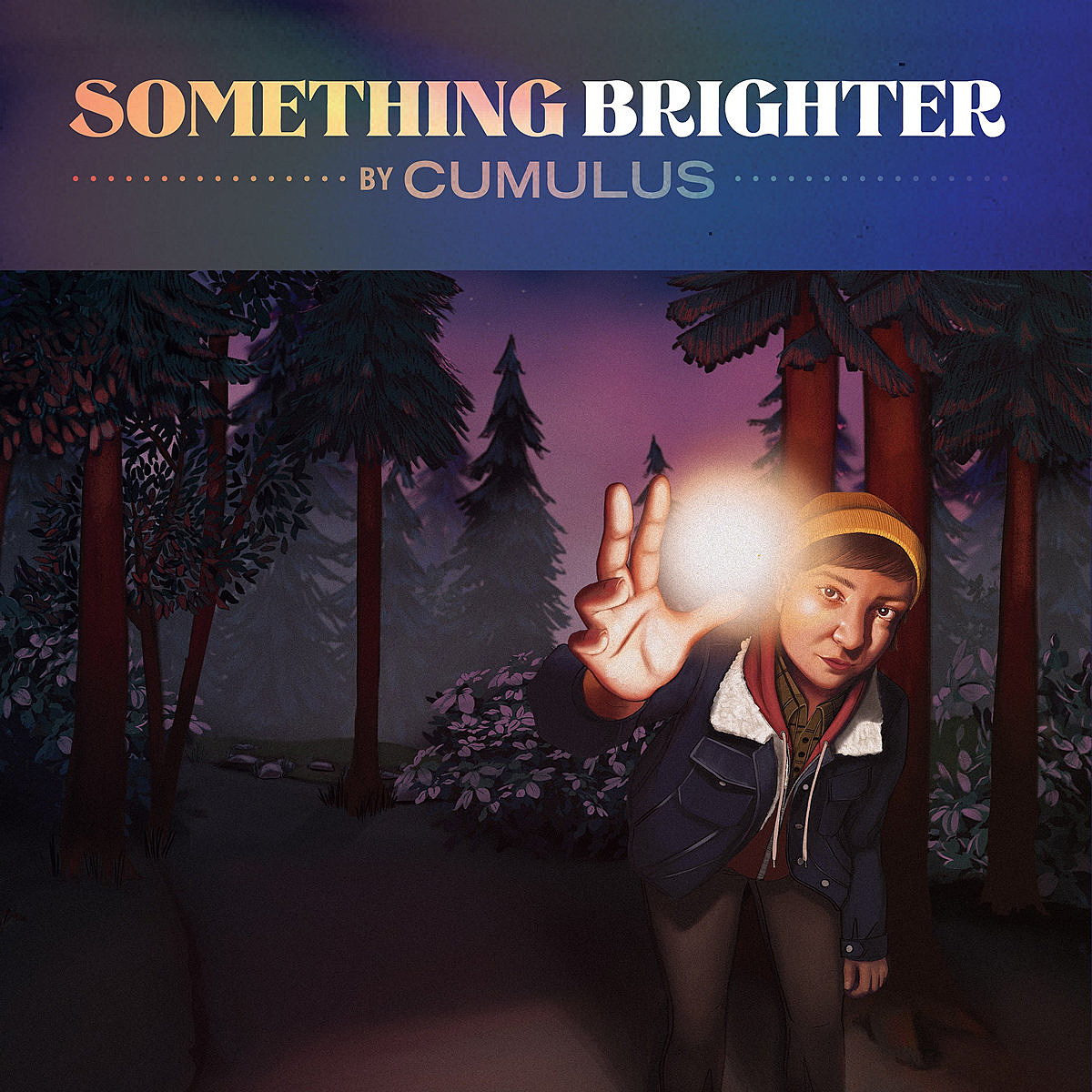 So many artists, so many songs, so little time. Each week we review a handful of new albums (of all genres), round up even more new music that we'd call “indie,” and talk about what metal is coming out. We post music news, track premieres, and more all day. We update a playlist weekly of some of our current favorite tracks. Here's a daily roundup with a bunch of interesting, newly released songs in one place.

Ezra Collective may be best known as a jazz group, but bandleader Femi Koleoso says, “At the very heart of Ezra Collective is the influence of reggae, dub and sound system culture. Soundsystems such as Channel One, Aba Shanti-I and Jah Shaka.” That comes through very strongly in their hypnotic new single “Ego Killah,” the latest taste of upcoming album Where I'm Meant To Be.

Compton hip-house trailblazer Channel Tres has shared a new taste of his upcoming debut LP Real Cultural Shitand he says, “‘No Limit’ was made about my time in New Orleans and about my memories of backyard BBQs my family used to have in Compton. It also speaks of breaking past limitations in life and with a love interest.”

UK rap superstar Stormzy is back with “Mel Made Me Do It,” a seven-minute song that comes with a 10-minute music video that's loaded with huge cameos. Behold:

Stockholm-based band Girl Scout have released their debut single, the infectious indie rock/garage track “Do You Remember Sally Moore?” “Sally was written as a homage to the absolute knockdown experience of going through high school,” guitarist Viktor Spasov says. “The original idea and overall story was created with visual inspiration from TV shows like ‘Sex Education' or ‘Stranger Things', influenced by their portrayal of friendship, humor and overwhelming emotions. Part of the story was co-written with my own best friend from high school, Tobias Ekelund, and our shared experiences and friendship helped fuel the storytelling and emotional connection to the song. Both of us used to fall in love with older, cooler girls, and we’d spend our lunch breaks in the school canteen dreaming about building up the courage to talk to them. Of course in the end we never did, and they had absolutely no idea who we were… So Sally might be a representation of that hopeless yet wonderful one-way street kind of love.”

Less Than Jake have shared two new tracks from the upcoming deluxe edition of 2020's Silver Liningsan acoustic version of album track “Dear Me” and the new song “Empty Lines.” “Empty Lines” is a catchy, driving, classic-LTJ-sounding ska-punk ripper, and the acoustic version of “Dear Me” puts an even more haunting spin on what's already one of the album's most somber tracks.

“This song is about being inside of love, right at the edge of hysteria,” Indigo Sparke says of the title track of her anticipated new album. “There is often an axis point in things. A place where things can tip into chaos or become unhinged. A marker point. As beautiful and turbulent as these moments are, sometimes it’s hard to return from them to a place that makes sense and feels safe. I think for so long and maybe still, sometimes, I find it hard to keep my balance in love. So many fireworks. So many sorry’s. So much hope. So much deep yearning. So much joy. So much poignant reflection in the tidal pools of intimacy. This song was the birth place of the whole album. I had this song and the title before the rest found a home inside of this world too. I am still trying to unravel the bitter sweet nature of love and longing. What it means to truly let go. What it means to truly love.”

Seattle's Cumulus (aka Alexandra Lockhart) is releasing new album Something Brighter on October 21 via Share It Music, and new single “Teenage Plans” is a lovely dose of melancholic emo-folk. Listen alongside previous singles “Better Kind of Love (Silver Lining)” and “Sunbeam.”

The third part of Weezer's four-EP series has arrived, and according to a press release, its songs “show a more dance-rock inspired side of Weezer, leaning into the synth-driven, dance floor-creating, #indiesleaze sounds of the early to mid-Aughts.”

Top Dawg-signed rapper Reason follows up “Impalas & Hydraulics” (ft. The Game) with a new track ft. ICECOLDBISHOP. Both rappers have very different styles, and they come together naturally on this track.

New York-based artist Hannah Jadagu has shared a new single on Sub Pop, “Say It Now,” which she says “is my sort of inner reflection on where things have gone wrong in my past interactions and relationships with other people. Sonically and lyrically, I feel as though this song signifies me venturing into a new world that is even more intense and vulnerable. Making this video was so special because I got to make it during my first visit to Paris. We shot it in about 2 days, showcasing a sort of ‘day in the life' where I do studio work and get to go around the city. It’s a nice contrast to the lyrical content because there’s truly no time to be sad in Paris.”

Afro-pop singer Ayra Starr has shared a new song off the upcoming deluxe edition of 2021's 19 & Dangerousdue October 19. She says, “Rush” is really a description of where I am at the moment – a place of reflection, zeal and gratitude. E dey rush well well – all that I’ve dreamt of is happening and I’m in the middle of it all, living my dream and it can only get better!”

Singer and actress Maya Hawke's new album MOSS is out this Friday, and she's shared one final advance single, the melancholy “Luna Moth.” “The story of ‘Luna Moth’ doesn’t belong to me,” she says. “It was collected from a teacher I had in high school who told me a story of breaking a girl’s heart by killing a beautiful moth on her bathroom floor. I wanted to find a way of describing how you can ruin everything without thinking. A mistake can break a heart and breaking someone else’s heart can break your own.”

Sloan's 13th album, Steadyis out October 21 and they've just shared a third track from it. “Magical Thinking” is a classic Sloan power-pop number by bassist Chris Murphy, with just a little glam to go along with its crunchy, catchy chorus.

Despite English not being their native language, Swedish band Les Big Byrd has delivered one of the song titles of the year. The song's pretty good too, a motorik psych jammer full of trippy '70s-style synths.

Brooklyn singer-songwriter Scout Gillett says this new song “was written to encourage my friends and myself to surrender to the present moment and give this whole being alive thing our best shot. 444 is my angel number that I’ve seen since deciding to move to New York in 2017. Marcy Ave is a special place to me, where I’ve made a lot of my fondest memories living in New York.” New album No Roof No Floor is out October 28 via Captured Tracks.

“This song is combing out the last remnants of love that wasn’t working,” Madi Diaz says of her new single, an earnest folk-rock song and her second new track this year. “I’m doing a final recount, laying out every piece, cutting off all the bitter and bad memories, and setting it off so I no longer carry every small detail with me. This time around, love feels less like a battle cry and more of a cry of total relief because it’s finally different. I’m still learning about everything that love is, but I definitely know what love is not.”

THE MURDER CAPITAL – ‘A THOUSAND LIVES”

Irish band The Murder Capital release their second album Gigi's Recovery on January 20 via Human Season and they've shared another track from it. “A Thousand Lives” takes their previous post-punk sound and wraps it in warm romance. Says frontman James McGovern, “Knowing that the day is only X-hours long, alongside my understanding of how love can be the true restorative seed, means that if and when you are so lucky to ﬁnd it (and it is true) the seemingly small glance that is our lifetime could never contain enough of those days or those hours. Even a thousand of those lifetimes would never be enough.”

Björk has shared the third single from her anticipated new album Diggersand this is one of the album's tributes to her late mother, Hildur Rúna Hauksdóttir. Read what Björk had to say about it here.

Alvvays' next album Blue Rev is coming in a couple weeks and today the band released two more great singles. “Belinda Says” pays homage to Belinda Carlisle, with acidified guitars and playful lyrics, while “Very Online Guy” veers in a more experimental, synth-pop direction. Both songs come with music videos co-directed by the band. Read more about them here.

µ-Ziq‘s Mike Paradinas has been revisiting the ‘90s this year with new albums inspired by the sounds on his 1997 classic Lunatic Harness. Here's the first single from his third released of 2022.

It's been 13 years since Ian Broudie put out a Lightning Seeds album but that changes with See You In the Stars that's out in October. Terry Hall (The Specials, Fun Boy Three), who's collaborated with Broudie a few times over the years, co-wrote and singing backup on this track.

“Leap Day” is the title track off Remember Sports' just-announced EP, coming out tomorrow. It's nostalgic and cheeky, and comes with a music video shot in a wildlife refuge in the band's native Philly. Read more about it here.