Who Did The Boston Celtics Coach Cheat With? 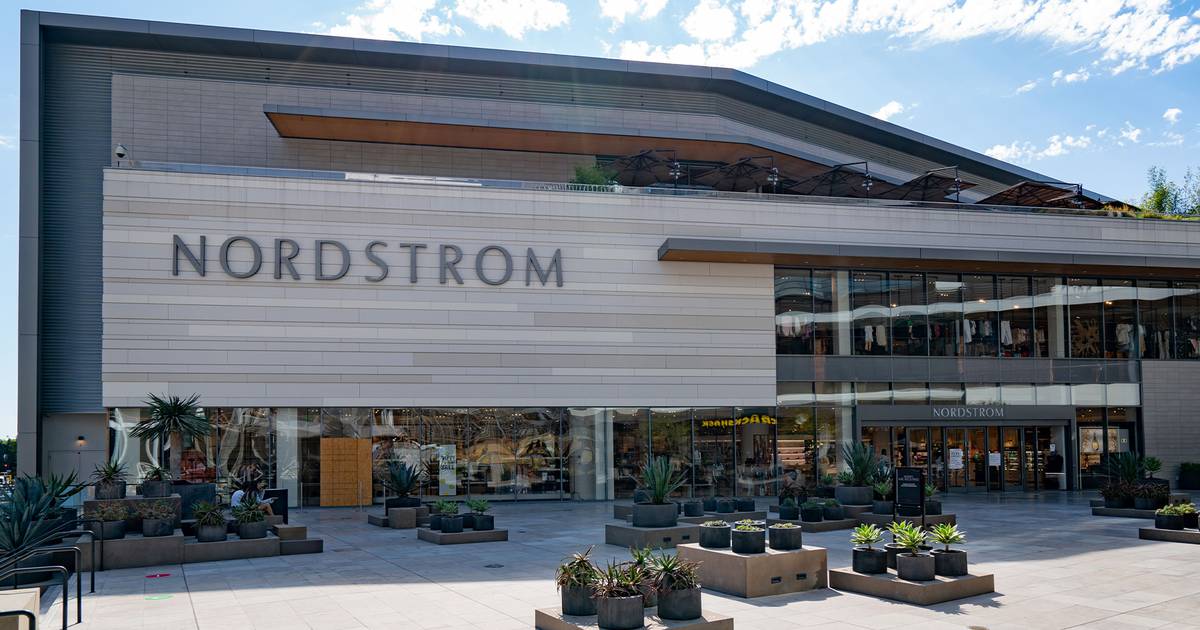 This week, Nordstrom adopted a “poison pill” measure, which allows the retailer to fend off the possibility of a hostile takeover — a common fear among struggling retailers, which become appealing targets for investors when their share prices slip.

The Seattle-based chain had a reason to be paranoid: the move came just days after the Mexican department store chain Liverpool acquired a 9.9 percent stake — valued at about $294 million — in the retailer, effectively becoming its second largest shareholder behind the Nordstrom family.

Liverpool said the purchase was the result of extra cash on hand and its desire to “diversify assets geographically.”

Still, a slice of the company that big warrants some level of defense from management. The poison pill shareholder plan allows Nordstrom to issue new shares at a 50 percent discount to other major shareholders if an outside party were to acquire 10 percent or more of Nordstrom’s stock without board approval.

This makes it more difficult to initiate a takeover because when other shareholders buy additional stock at a significant markdown, the pursuer’s stake would get diluted.

“At the end of the day, if a company puts in a poison pill, the headache and the expenses go way up for a potential hostile takeover,” said Simeon Siegel, retail analyst at BMO Capital Markets.

Nordstrom said the plan, which will expire next September, was not in response to “any specific takeover bid” or other proposals for acquisitions. The measure is also “not intended to deter offers that are fair and otherwise in the best interests of all Nordstrom shareholders,” the company said in a press release.

A successful hostile takeover would be particularly painful for the Nordstrom family, who tried and failed to take the company private twice, in 2017 and 2018.

Nordstrom’s cold war with Liverpool isn’t the only ongoing struggle for control of a major US department store chain.

On Thursday, investment firm Ancora Holdings sent a letter to the board of Kohl’s pushing the company to replace its chief executive Michelle Gass and chairman Peter Boneparth. Kohl’s, which faces stiff competition from Amazon and big box stores for middle class consumers’ wallets, has had plenty of unwanted attention this year.

In February, Kohl’s enacted a poison pill plan to rebuff activist investor Acacia Research Corp., an entity backed by hedge fund Starboard Value, which proposed to buy the department store the month prior. According to market reports, Kohl’s also received an offer from private equity firm Sycamore Partners. The department store said at the time, without naming specific suitors, that the offers on the table undervalued its business.

While poison pills quieted acquisition talks at both Nordstrom and Kohl’s, it won’t end speculation over either company’s future. Both will need to prove to the market that their turnaround plans can work; otherwise, shareholders may decide that getting taken private, or even sold for parts, is the best option.

It’s not as if these companies have been asleep at the wheel. Prior to Covid-19, Nordstrom introduced new store formats, including Nordstrom Local, a fleet of small stores that don’t carry any products but are intended for online pickup and other services. Kohl’s is trying to boost traffic by accepting Amazon returns and opening Sephora shop-in-shops.

Further shakeups may be necessary, though whether Liverpool, Starboard or Ancora has any better ideas is questionable.

Nordstrom has struggled to recover sales to pre-pandemic levels. In 2021, its revenue totalled $14.4 billion, down from $15.1 billion in 2019. In its most recent quarterly earnings report, Nordstrom slashed its forecast for the full 2022 fiscal year, citing weakening customer demand and a strain on margins due to excess inventory. Shares are down about 20 percent this year, roughly in line with the S&P 500 index.

Both companies would surely argue they just need more time to show their strategies are working. Recent events indicate they may not have it.

THE NEWS IN BRIEF

FASHION, BUSINESS AND THE ECONOMY

Ralph Lauren sees faster growth on pricing and new customers. The New York-based apparel company is targeting revenue growth in the mid-to-high single digits in each of the next three fiscal years, including the current one, according to a statement published Monday ahead of a presentation to investors.

Gap is cutting 500 corporate jobs during profitability crunch. The roles being eliminated are primarily at Gap’s offices in San Francisco and New York, as well as in Asia, the company said Tuesday.

Hedge fund Ancora seeks ouster of Kohl’s CEO, chairman. Ancora Holdings is now pushing for the removal of the US retailer’s chief executive and board chairman, according to a letter sent to the company on Thursday. The move marks the beginning of a new round of shareholder unrest for Kohl’s.

PVH joins $250 million fashion climate fund. The initiative was launched in June by the non-profit Apparel Impact Institute to finance, scale and de-risk promising solutions that could slash the industry’s carbon emissions in the coming years.

JD Sports to pay former CEO £5.5 million after exit. As part of the agreement former chief executive Peter Cowgill is prevented from working or advising any competitors to the British sports chain and he cannot solicit any of its employees, according to a statement Wednesday.

Target to hire 100,000 holiday workers and offer deals earlier. The big-box retailer had hired 100,000 workers for last year’s holiday season, which was marked by tight labour supply. It had hired about 130,000 seasonal workers in both 2019 and 2020.

JD Sports cautious on outlook as cost pressures weigh. The company’s comments come amid soaring energy and other costs in Britain, with fashion retailers Primark and Asos warning about profits.

Target taps Kika Vargas, Sergio Hudson and La Ligne for collaborations. The brands’ collections for the Minnesota-based mass retailer are set to roll out Oct. 9, with over 100 accessory and apparel items total priced between $8 and $70.

THE BUSINESS OF BEAUTY

India’s Reliance Retail in talks for rights of beauty retailer Sephora. LVMH-owned Sephora’s operations will transfer from Arvind Fashions Ltd to Reliance Retail if an agreement is reached, according to the report.

Harris Reed named Nina Ricci creative director. Reed will join the company effective immediately. His first collection will be shown in Paris in early 2023. Edwin Bodson, most recently global commercial director at JW Anderson, is taking the helm of the business as general director.

Burberry CFO, COO Julie Brown to exit next year. Brown will step down from her roles at the end of the financial year on Apr. 1 2023. Brown is leaving to pursue opportunities “outside of the luxury industry,” Burberry said in a statement, adding that a search for her successor is underway.

Mike Ashley to step down from Frasers board next month. Ashley will be available in an advisory capacity and will provide the company, which owns Sports Direct, with an additional £100 million ($114 million) of funding on the same terms as its borrowing facilities.

Bryan Yambao named editor-in-chief of Perfect. The blogger and influencer best known by his online moniker BryanBoy was previously international editorial director at the company.

Who Did The Boston Celtics Coach Cheat With?

Nothing Ear Stick shares its battery details with the FCC

Why Quitting Is Underrated – The Atlantic