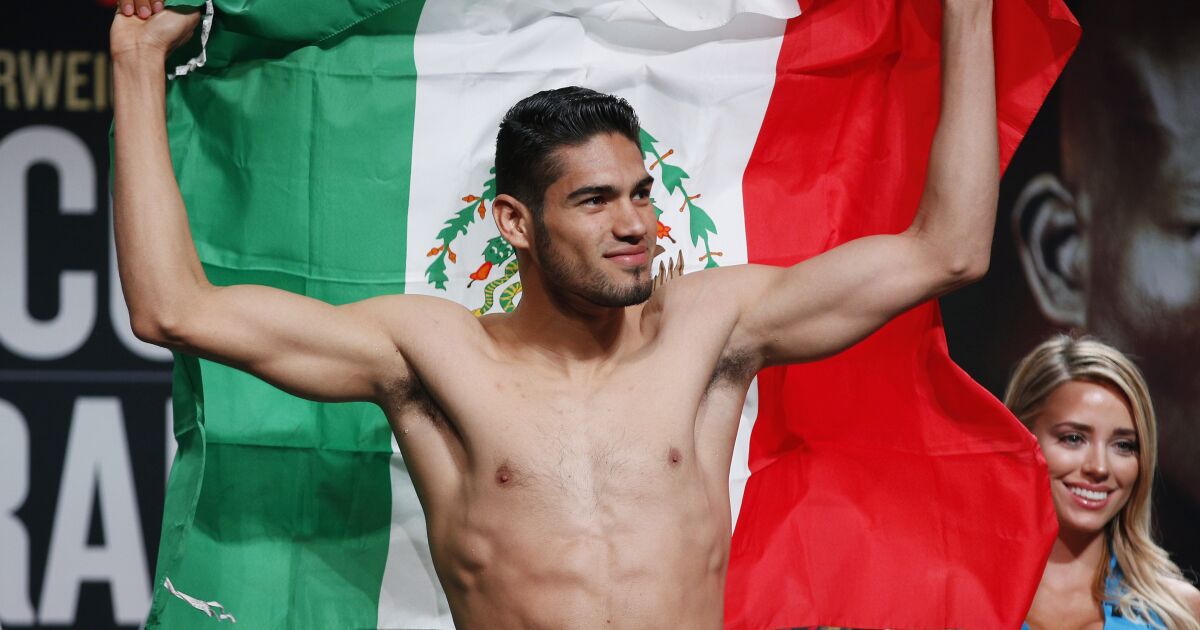 The Mexican Gilberto ‘Zurdo' Ramírez (44-0, 30 KOs) will face the biggest fight in his 13-year career when he faces champion Dmitry Bivol (20-0, 11 KOs) for the 175-pound crown that Canelo himself Álvarez failed to obtain last May. The duel will be on November 5 at the Etihad Arena in Abu Dhabi, United Arab Emirates and will be broadcast on DAZN.

Ramírez and Bivol met in Abu Dhabi recently to announce the date for the light heavyweight crown of the World Boxing Association. The fight is promoted by Matchroom Boxing.

“I had wanted to fight Dmitry Bivol for a long time and now it is a very pleasant feeling for me,” said Ramírez, who said that he watched with sadness last May when Saúl Álvarez could not beat Bivol, but added that he was ready to avenge that defeat of his compatriot.

Ramírez acknowledged that for his November 5 date in the Middle East he expects a different fight than the one between Álvarez and Bivol. Both the Russian and Mexican fighters have sparred together in the past, although ‘Zurdo' said that was a long time ago and described the training rounds as “good rounds”.

“The truth is that I don't see anything difficult coming, because I know my potential, I believe in myself,” Ramírez said.

“What I like about ‘Zurdo' is that you have confidence. He has that confidence that he can win and a lot of that comes from the training they had,” said the president of Golden Boy Promotions, Eric Gómez, referring to the sparring rounds that the Mexican and Russian had in the past.

Unlike the matchup against Canelo, Bivol will be the physically disadvantaged fighter. Ramirez stands at 6-foot-4 with a 75-inch reach. Bivol is six feet tall, with a 72-inch reach.

“Saúl obviously fights very differently than ‘Zurdo'. He has a very different body, very different. ‘Zurdo' is bigger, has more reach. ‘Zurdo' uses the jab very well. When I was in Abu Dhabi I noticed the difference in height, ‘Zurdo' is very big. If he uses the jab well, he can keep it out,” Gomez said. “Bivol is going to try to get in and throw combinations on him, like he did against Canelo but he's going to make it harder for him.”

“When I was in Abu Dhabi I noticed the difference in height, ‘Zurdo' is very big. If he uses the jab well, he can keep it out.”

The president of Golden Boy Promotions clarified that there was no rematch clause for the fight between Bivol and Ramírez, so if the Mexican wins, they will set conditions for a possible second fight. Gómez also revealed that, at the beginning of the negotiations, the Bivol team wanted to take the fight to Russia, something that Ramírez's promoter opposed and they agreed to make the fight in a neutral ground, Abu Dhabi.

“What I liked about ‘Zurdo' is that he said: ‘it doesn't matter if this fight is on the moon, it's the fight I want, I want to fight him,'” Gomez said.

‘Canelo is still the king of boxing'

On the other hand, Gómez stated that “Canelo is still the king of boxing” and that they were open to working again with Álvarez, who fought under Golden Boy Promotions for several years before ending his relationship in 2020 with the promoter due to a breach of contract. 10-fight, $365 million contract announced in 2018.

“We have no problem working with anyone. Although he lost to Bivol, Canelo is still the king of boxing. He is in a position where he can fight choose who he wants to fight. He earned that luxury, if he gives us a chance to make a fight with him. Whether it's with ‘Zurdo' or (Jaime) Munguía, whether it's with any fighter, we're going to take advantage. But he has to decide. We don't have any problem. We are business,” said Gómez.

Should he win against Bivol, Ramírez would not only be defeating one of the most solid champions at light heavyweight, but he could also secure a fight against Álvarez.

“I don't know if Canelo wants to, he says he doesn't want to fight Mexicans, but I think it can happen,” said the Mazatlan native.