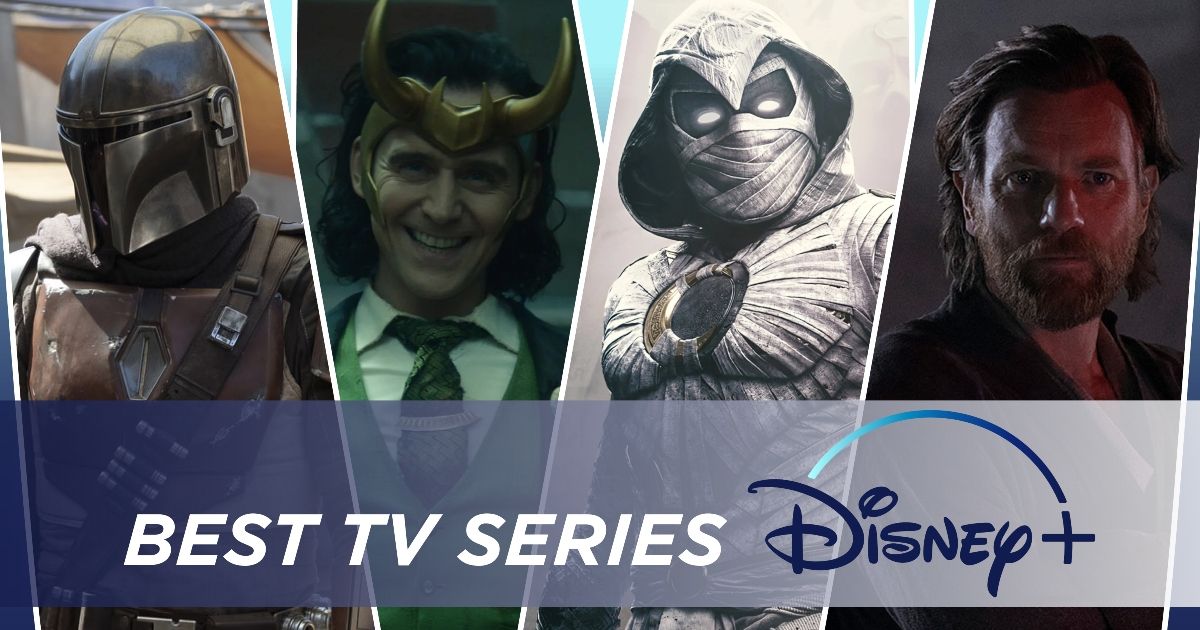 Disney+ has been delivering some excellent titles this year, when it comes to TV series, and we are excited for October 2022, as this brings lots of spooky-themed titles that are due to be released in time for the upcoming Halloween season. Additionally, the streaming platform has found success with several MCU and Star Wars titles recently, and while those will continue into next month, October 2022 will bring about new and exciting original content as well.

Indeed, Andorwhich is already being hailed as one of the best and most mature Star Wars series to date, and She-Hulk: Attorney at Law will continue with weekly episodes into October 2022. More than that, Disney+ will premiere more shows from other superhero programs to cooking shows. Here are the best TV series coming to Disney+ in October 2022.

Star Wars: Andor is a TV series created by Tony Gilroy, and serves as a prequel to the Star Wars anthology film Rogue One. Diego Luna reprises his role as the titular Andor, following the five years leading up to his involvement in the events of Rogue One. The series saw a three-episode premiere in September 2022, and will continue into next month, starting October 5.

Shipwreck Hunters: Australia is also set to premiere on the October 5, and follows a team of divers and filmmakers who hunt for long-lost shipwrecked secrets. The show focuses on new evidence, archival research, and adventurous expeditions hoping to make new discoveries around the shipwrecks around Australia. The series is sure to be exciting and will take viewers on a new and educational journey in the deep blue.

Zorro seasons 1 and 2 are set to debut on Disney+ on October 5. The series focuses on the origins of the masked vigilante, and we are introduced to a young Diego de la Vega who fights against Comandante Monasterio. The series will be welcomed by fans of the hero, and we are excited to see it on the streaming platform. Variety first reported on the series in December 2021, and confirmed Wilmer Valderama's involvement as executive producer and star.

MCU Phase 4's final Disney+ series, She-Hulk: Attorney at Law is a legal comedy that introduces Tatiana Maslany as the MCU's Jennifer Walters, who, after a car accident with her cousin Bruce Banner (Mark Ruffalo), inadvertently becomes She-Hulk. The series premiered in August 2022, and ultimately explores She-Hulk's origin in a refreshing format we haven't seen before from Marvel Studios. She-Hulk season 1 will conclude in October 2022, starting October 6.

Related: She-Hulk's Remaining Episodes Are ‘Not What You Expect,' Director Says

Ultra Violet & Black Scorpion debuted in June 2022, but, after a short hiatus in September 2022, will conclude its first season, starting October 7. The series focuses on Violet Rodriguez, a teen who is transformed into Ultra Violet, a superhero who fights crime alongside her uncle, who is known as Black Scorpion. She must conceal her identity from her friends and family, and struggles to do so. The series has been a hit with viewers already who are excited to see more.

Big Shot season 2 is set to premiere on Disney+ on October 12. The series is set to feature Marvyn's (John Stamos) new plan to recruit a new player, Ava, a volleyball player who was ousted by her team after an extreme public tantrum. The basketball team have lost their assistant coach to a rival team, and we see that new tensions have appeared among the Westbrook Sirens who seek to up their game.

Spider-Man: The New Animated Series is an animated TV series based on the famous Marvel character. The show only ran for one season, and is no longer considered canon within the franchise, but fans of Marvel will be excited to see the animated series on-screen once more. The series will arrive on the streaming platform on October 19.

The Mysterious Benedict Society is one of the most anticipated upcoming series to hit Disney+. The series is based on the book series by Trenton Lee Stewart, telling the tale of four orphans who reunite a year after their first mission, during which they were assembled by Mr. Benedict. They embark on a new mission, and the second season is set to be just as exciting as, if not more than, the first. Season 2 will see a dual-episode premiere, beginning October 26.

The 10 Best Movie & TV Villains Who Were Also the Protagonist