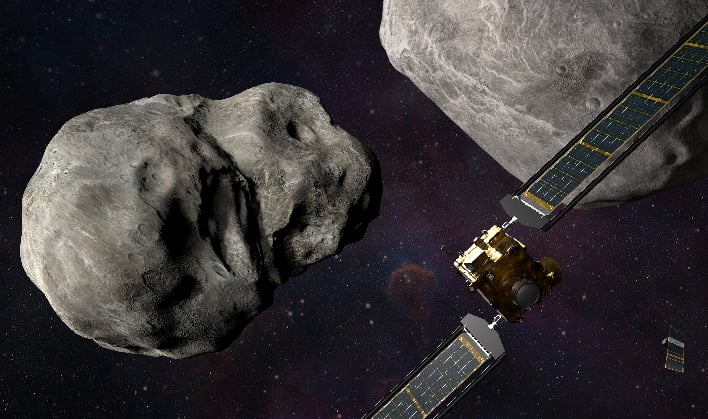 NASA's DART mission is nearing its final destination later today, as the spacecraft will slam into asteroid Dimorphos in hopes of changing its speed and path. You will be able to follow along tonight as the space agency will be sharing a live feed from the spacecraft, as well as a post-impact press briefing.

DART is the first-ever mission dedicated to investigating and demonstrating this particular method of altering an asteroid's “motion in space through kinetic energy,” according to the space agency. The spacecraft's target, asteroid Dimorphos, is approximately 160-meter (530-foot)-diameter and orbits the larger Didymos asteroid. The impact is aimed at changing the orbit within the binary system, comparing the results of DART's kinetic impact with Dimorphos to highly detailed computer simulations of kinetic impacts on asteroids, according to NASA. 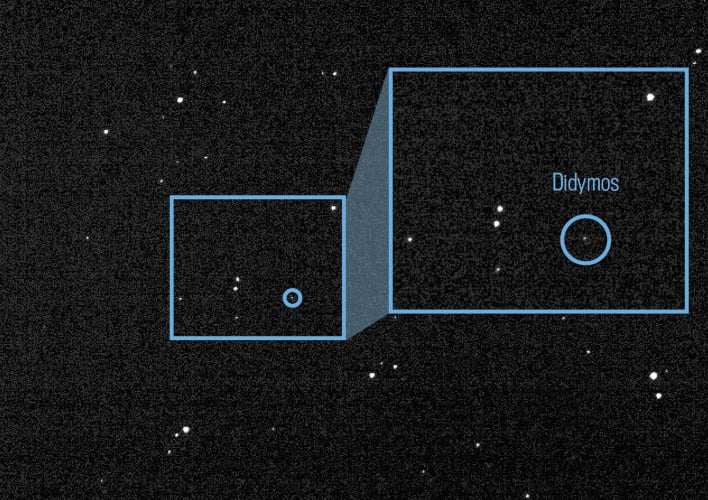 Ahead of today's impact, the team launched the spacecraft's own “mini-photographer” LICIACube (pronounced LEE-cha-cube). The miniature spacecraft and its cameras have been preparing to document the effects of DART's impact by capturing unique images of the asteroid surface, as well as any debris that might be ejected from the newly formed crater. It will be utilizing two optical cameras: LUKE (LICIACube Unit Key Explorer) and LEIA (LICIACube Explorer Imaging for Asteroid). Both cameras have been used to help navigate the spacecraft along DART's journey toward its final destination.

The Didymos Reconnaissance and Asteroid Camera for Optical navigation, or DRACO, instrument has also helped get DART to its destination. The instrument has captured thousands of pictures of stars throughout the spacecraft's journey, as well as images of Jupiter that were used to test the SMART NAV system.

If you are wanting to watch the live event, you can tune into the link above, or by going to NASA's website. Coverage is set to begin at 5:30 p.m. ET, with the impact expected around 7:14 p.m. ET.