Cristiano Ronaldo to Saudi Arabia? ‘I would love for him to come’ – Odion Ighalo 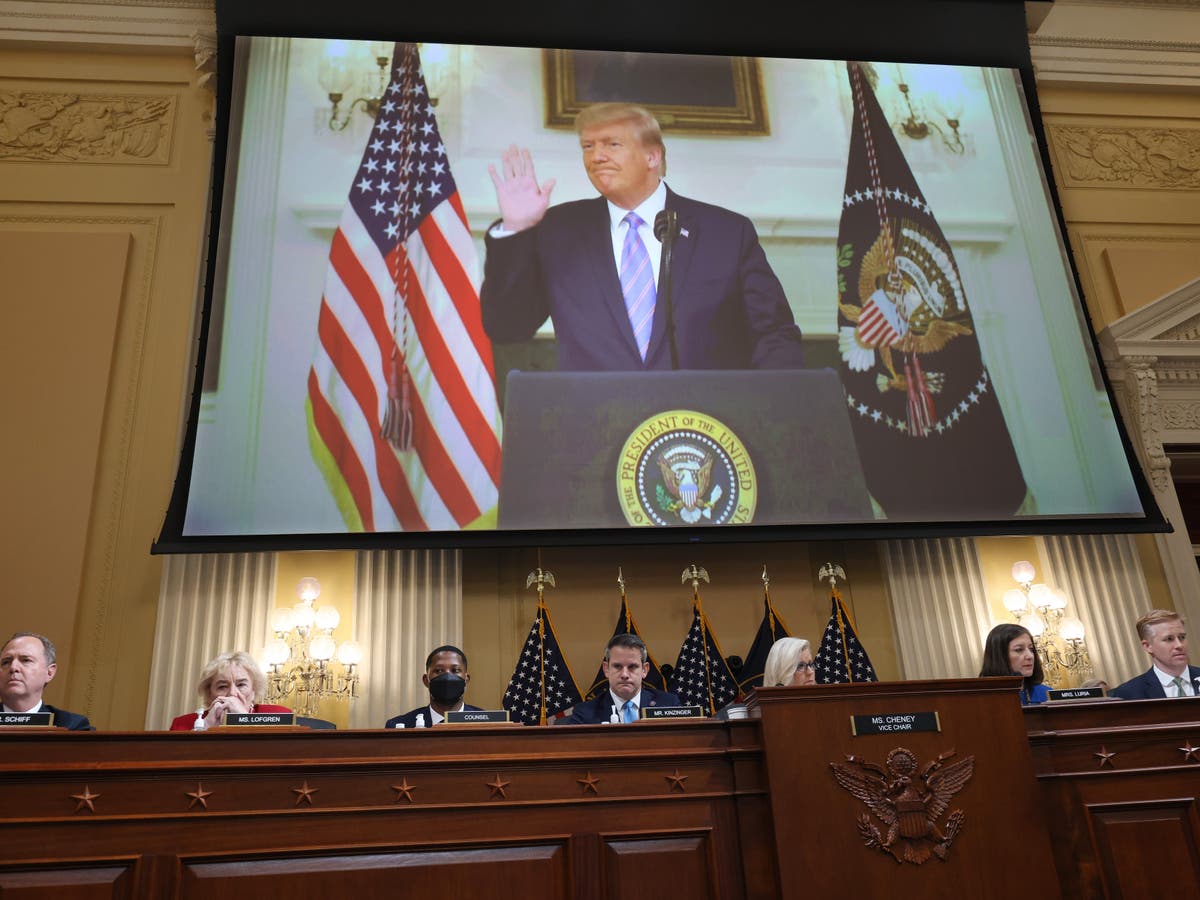 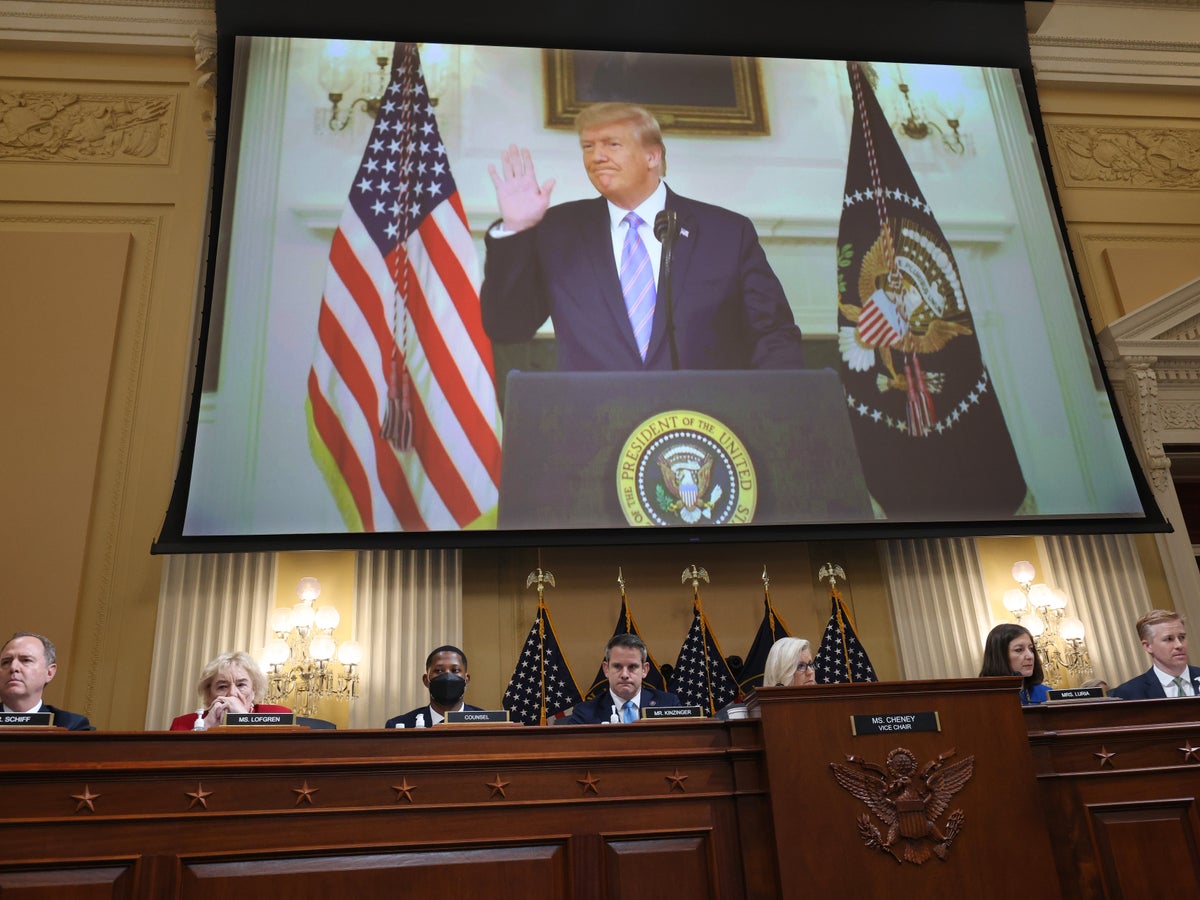 The next January 6 hearing is set to begin at 1pm on Wednesday 28 September.

It’s the first public meeting of the panel since 21 July, during which videos were shown of former President Donald Trump refusing to say the election was over and Missouri Republican Senator Josh Hawley running from rioters after he egged them on outside the capitol with a raised fist.

The ninth hearing this year is possibly the last for the committee, which will release a report on its findings before the end of the year.

While it remains unclear what Wednesday’s hearing will reveal, The Guardian reported that the committee may put forward a direct connection between Mr Trump, his close associates and far-right extremist groups.

California Democrat and panel member Adam Schiff told CNN on Sunday that “we’re not disclosing yet what the focus will be. I can say that, as this may be the last hearing of this nature – that is, one that is focused on sort of the factual record – I think it’ll be potentially more sweeping than some of the other hearings”.

“It will tell the story about a key element of Donald Trump’s plot to overturn the election. And the public will certainly learn things it hasn’t seen before, but it will also understand information it already has in a different context by seeing how it relates to other elements of this plot,” he added.

“We think it will be of interest. We have, of course, been working throughout the summer, and we have some additional information that we will relay that we think will better inform the public as to the events leading up to and during the January 6 riot,” fellow committee member and California Democrat Zoe Lofgren told NPR.

The House select committee investigating the failed insurrection at the US Capitol on 6 January 2021 initially only planned to hold six public hearings, according to a draft schedule.

But further sessions became necessary due to the sheer weight of evidence becoming available regarding the deadly attack on the heart of government in Washington, DC, carried out by enraged supporters of Mr Trump attempting to overturn his 2020 presidential election defeat.

The seventh session on 12 July focused on the chaotic and often heated days before 6 January 2021 as well as Mr Trump’s influence over far-right groups and ties between those entities and some in his inner circle.

Video testimony was played from White House lawyers describing theories pushed by lawyers Rudy Giuliani and Sidney Powell that they thought were “nuts,” including compromised voting machines and thermostats.

An 18 December meeting in the White House lasted for six hours and devolved into “screaming” and profanity, several participants said, as the two sides clashed over Mr Trump’s next steps.

The committee also heard from Stephen Ayres, one of the rioters who broke into the Capitol that day and pleaded guilty last month to a misdemeanour count of disorderly conduct.

Testifying in person, he talked about how he had believed Mr Trump’s lies as they were amplified on social media and said he had come to Washington at the behest of the president.

His arrest changed his life for the worse, Mr Ayres said, and he expressed anger that he had believed the false fraud claims.

Overall, the hearings have sought to outline how Mr Trump pushed the baseless conspiracy theory that Joe Biden’s victory at the polls had been achieved by fraud, that he had known it to be untrue and had ignored his closest advisers in favour of conspiring with cronies to try to overturn the outcome by an inflammatory show of force.

The hearings have typically lasted between two and two-and-a-half hours, with one of the committee members leading each of the hearings, but attorneys who know the sensitive material involved well conduct most of the questioning of witnesses.

Most of those appearing have been subpoenaed.

Once the hearings have been concluded, the panel is expected to produce a final report before the November midterms detailing its findings and making recommendations.