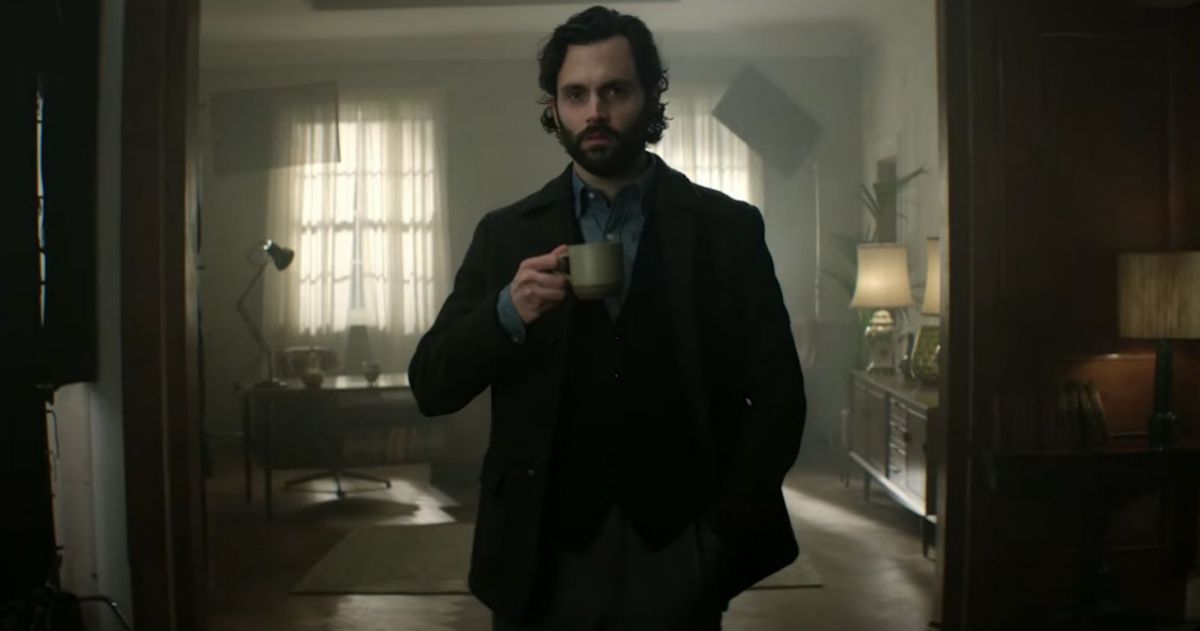 Joe Goldberg (Penn Badgley) is back in the first teaser trailer for season four of You. Actually, make that Jonathan Moore. After faking his death at the end of season three, that’s the alias that Joe will be using after moving to London. How he acquired it has yet to be revealed, though there are a few possibilities as to how he could have done it.

In season two, Joe steals the identity of Will Bettelheim (Robin Lord Taylor), a criminal specializing in making fake identities. Joe ended up letting Will go after the latter developed Stockholm syndrome, leaving him free to make any new identities Joe needs in the future. Of course, the same season also establishes that building a bulletproof fake identity for yourself takes years, so chances are Joe “borrowed” someone else again.

No longer the “lovable bookstore manager in New York or the shop clerk in LA or the doting husband in the suburbs,” Joe is now a professor. As part of his new identity, Joe now sports a beard and mustache, a common way of disguising yourself in fiction after adopting a pair of glasses. He still has his trusty black baseball cap, though.

Using his trademark voiceover, Joe says he’s gone through a bit of refinement across the pond, allowing him to “bury the past, if you will.” He says gone are the days of unrequited love and longing (viewers have heard those words before) “while keeping my typical extracurricular activities strictly professional.” Joe says that over a shot of one of the new characters, Kate (Charlotte Ritchie).

The shot of Kate with Joe lurking in the background combined with the voiceover makes it seem like she might be Joe’s new “You” this season. Marianne Bellamy (Tati Gabrielle), Joe’s latest love interest from season three, is also set to return. The last time Joe had two Yous in a season, one of them ended up dead. Of course, Gabrielle is billed under starring, unlike Michaela McManus, so she might not have anything to worry about.

In the trailer, Joe says that this time around, he’s going to be focusing on academia and instruction over a shot of Nadia (Amy-Leigh Hickman), another new character. It’s possible that Joe’s going to take on a more mentorship role to her, like with Paco (Luca Padovan) and Ellie (Jenna Ortega). Though since Hickman is considerably older than Padovan or Ortega when they were on the show, a student-teacher romance is possible on the horizon.

“Unfortunately, with friends in high places, there usually come others attempting to climb that social ladder. Some may end up falling, or shall I say ‘pushed,’ to their social death. The question is, by whom?”

It seems like we’re about to get a lot of backstabbing between rich ne’er-do-well, which hasn’t exactly been unheard of on the show so far. Since season 4 has been split into two parts, fans and viewers should put two different dates in their calendars to find out what happens next. Part One is due to be released on February 10, with Part Two on March 10 of this year.