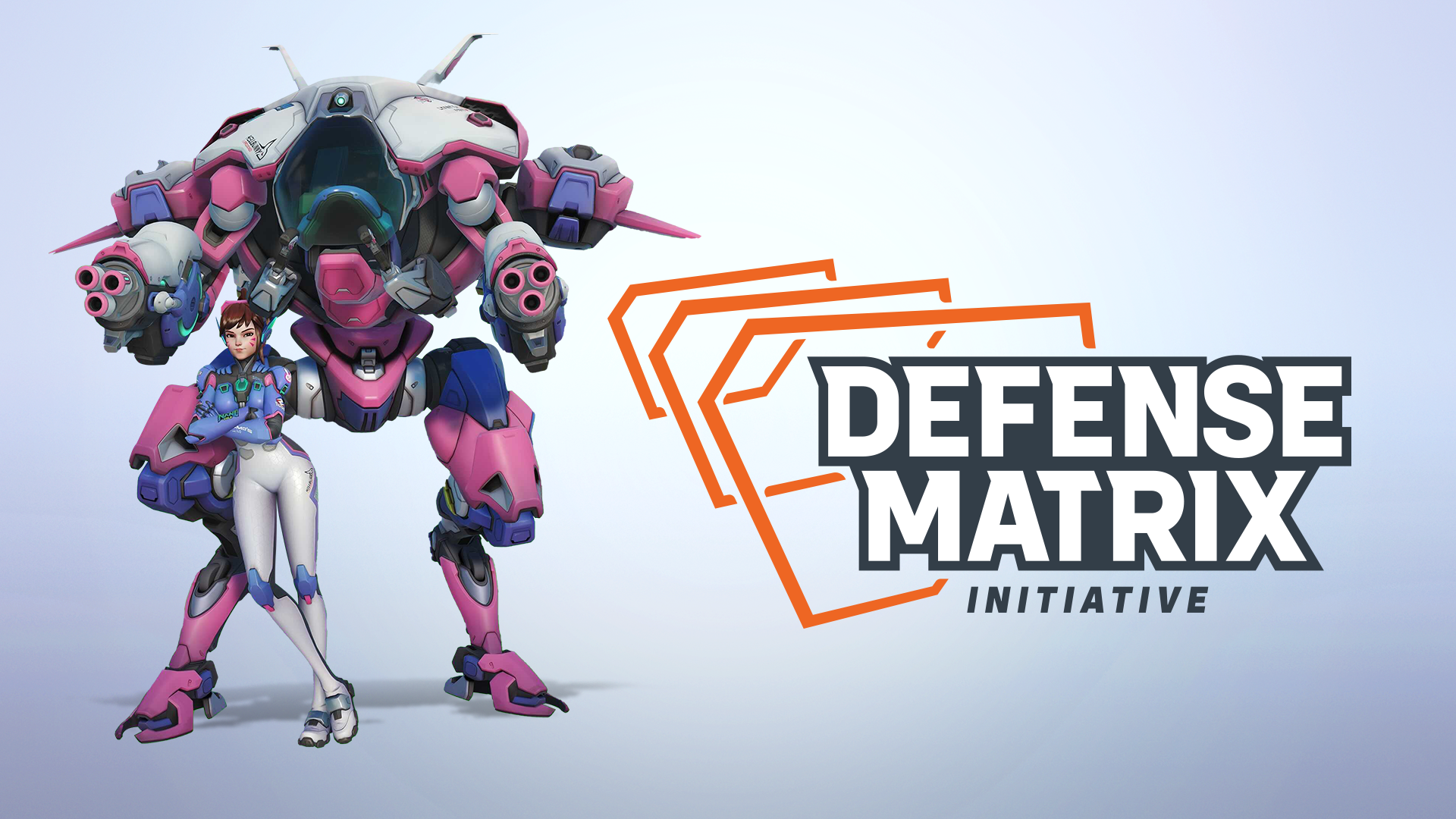 Overwatch 2 is set to go live and free-to-play on October 4th, and in preparation for the big day, Blizzard has outlined a suite of moderation tools aimed at curbing abusive and disruptive player behavior. The new system will require a phone number to be linked to every account, and will introduce audio transcriptions of reported voice chat interactions, among other changes. Blizzard is calling the initiative Defense Matrix, named after D.Va's hologram shield ability.

The phone-linking system, SMS Protect, means every Overwatch 2 player will need to connect a phone number to their Battle.net account, and that number can't be used to operate or create another account. This makes it easier to enforce suspensions and bans, and makes it harder for players to cheat the matchmaking system. SMS Protect isn't a new idea in the world of competitive online gaming, and it's a proven way to reduce smurfing — a practice where skilled players create new accounts and creep into lower-tier matches, whether to boost their friends, avoid a ban or simply troll.

Another notable feature of Defense Matrix is the addition of audio transcriptions for problematic voice chat recordings and automated review tools for the resulting text. The transcription process relies on players reporting abusive speech as it happens — but once someone is reported, this system collects a temporary recording of the match's voice chat and transcribes it to text. That text is then analyzed by Blizzard's existing AI-driven abuse-detection tools.

When it comes to the longevity of the recordings and text files, Blizzard said the following: “Once the audio recording has been transcribed to text, it’s quickly deleted as the file’s sole purpose is to identify potentially disruptive behavior. The text file is then deleted no later than 30 days after the audio transcription.”

The studio said audio transcriptions will roll out in the weeks after launch. Additionally, the general chat feature won't exist in Overwatch 2leaving Twitch streamers one fewer outlet for their watch-me spam. Blizzard outlined the complete Defense Matrix strategy on the Overwatch blog, alongside checklists for existing and new players. October 2nd is the final full day to play the original Overwatchand Overwatch 2 is scheduled to go live worldwide at 3pm ET on October 4th.