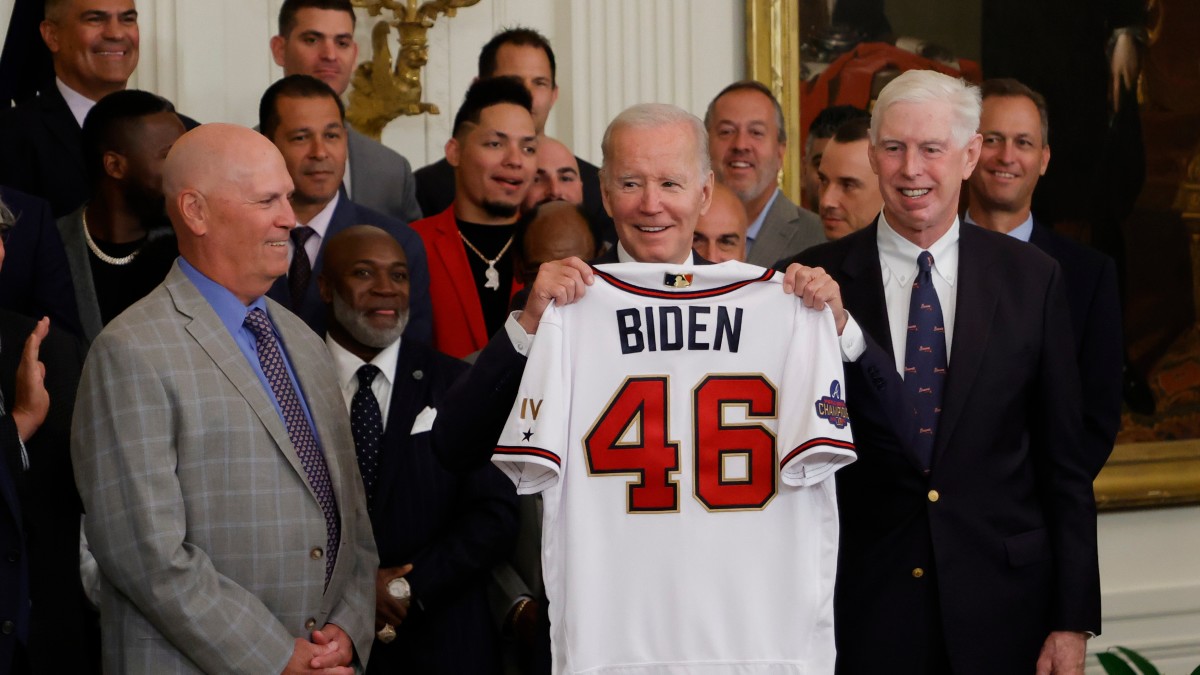 With the White House hosting the Braves in honor of their 2021 World Series victory, the topic of the team’s name and controversial “tomahawk chop” was raised while press secretary Karine Jean-Pierre fielded questions from a pool of reporters. When asked about her and president Joe Biden’s stance on the topic, Jean-Pierre deferred to Native Americans’ views on the matter while calling the conversation around the subject “important.”

“We believe that it’s important to have this conversation, and Native American and indigenous voices, they should be at the center of this conversation,” Jean-Pierre said. “That is something that the president believes, that is something that this administration believes. And he has consistently emphasized that all people deserve to be treated with dignity and respect. You hear that often from this president. The same is true here, and we should listen to Native American and indigenous people who are most impacted by this.”

The chop was a focal point as the Braves eventually won the World Series last fall. Ahead of Game 1, MLB commissioner Rob Manfred dismissed the notion that the league or team should do away with the chant.

“The Native American community in that region is fully supportive of the Braves’ program, including the chop,” Manfred said. “For me, that’s kind of the end of the story.”

Similarly, the Braves released a statement at the time that did not specifically address the chop but instead voiced broad support for the Native American community.

“The Atlanta Braves proudly elevates [sic] Native American culture and language on a continuous basis,” the statement read. “Our efforts are ever-evolving, and always in partnership with the Native American community. We firmly believe that the strength, courage, and resiliency of all Tribal Nations should be honored and esteemed by Americans every day.”