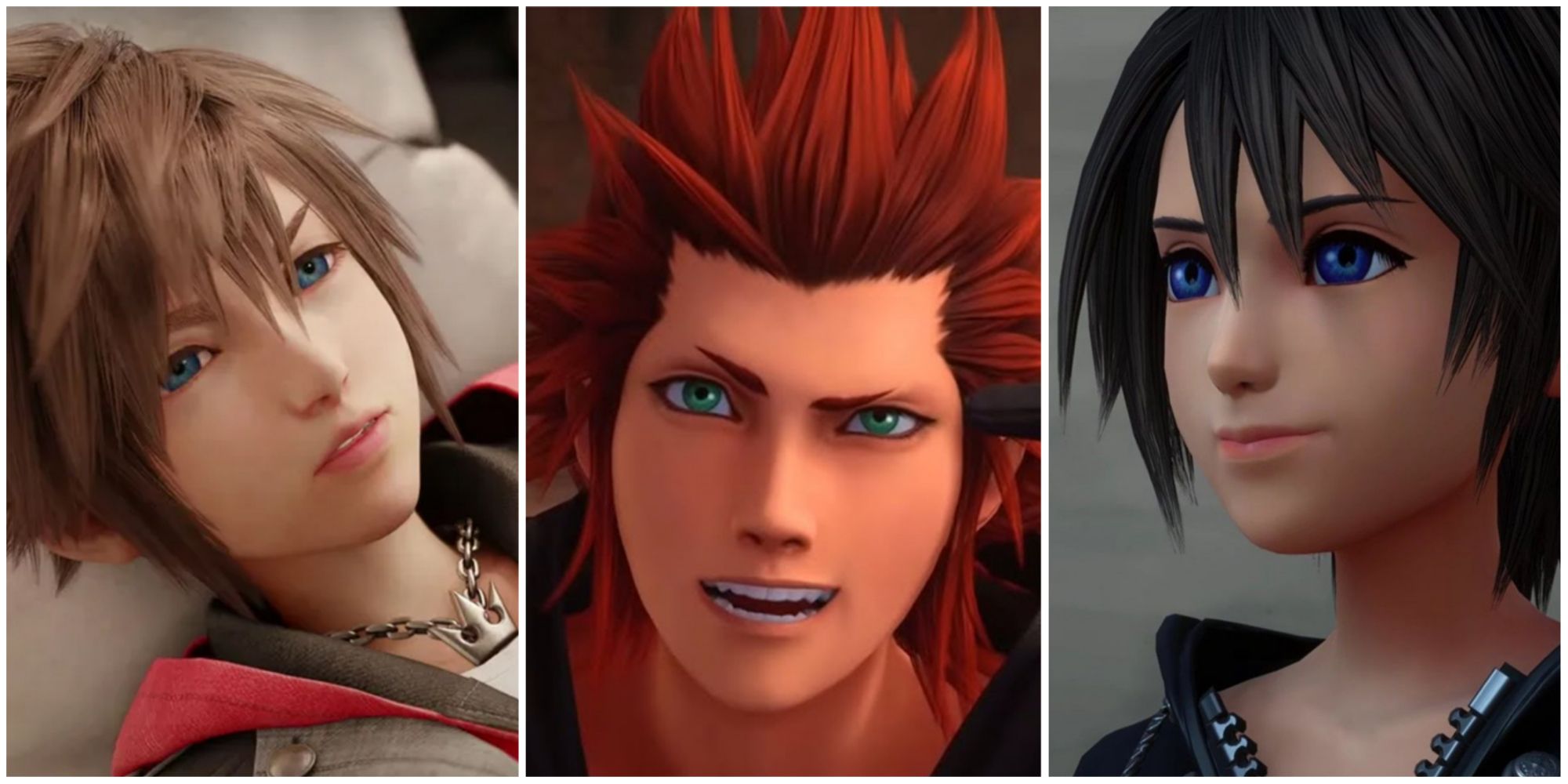 Kingdom Hearts brings in a lot of different characters from Disney and Final Fantasy Worlds. On top of bringing in these characters, the Kingdom Hearts series also makes sure to introduce characters that are completely original to the game, and this serves as the driving force a lot of the time.

It seems as though every game has plenty of new characters to introduce, but here are those that serve as some of the most interesting in the plot progression and as standalone characters. Some characters will have parts in the story, while others will leave players with a lot of questions in mind.

Yozora came into Kingdom Hearts 3 Re: Mind, and his purpose in the story was focused on staying secretive. The player encounters him in the Verum Rex video game posters inside the Toy Box world as he serves as the main character. What makes him more mysterious is the fact that his and Sora's names are similar.

The similarities might be a coincidence, but based on what Kingdom Hearts has shown people with Roxas, it probably isn't. He is an extremely powerful opponent against Sora, and from what it seems, he might have encountered Sora in some sort of dream world.

In Kingdom Hearts 2, Ansem The Wise appears in his most authentic form, and he's fascinating throughout. First, players thought that Ansem was evil throughout the entirety of the first game, only to realize that Heartless Ansem was a version of Terra. All of this changes when the real Ansem presents himself to the main characters and reveals a lot about how the creation of the Heartless began.

Ansem serves as a wise scientist who was never truly evil but only cared about learning more about the heart to help his people. He has a lot of moments where he brings high levels of engrossment to his sublime character.

Terra is a character that is much like Riku in terms of how he can be persuaded much easier by the darkness. That makes him a character with a lot of natural foils in Kingdom Hearts: Birth By Sleep, as his friends are mainly led by the light and path of doing what's right.

Players can watch Terra go through his story of being completely transformed from a good figure to the embodiment of someone who has been condemned by the darkness. There's a big dichotomy of true love and hatred living inside of him that adds to his allure.

Kairi has a great come-up story in the game as she ascends from being the damsel in distress as one of the princesses of light to then becoming a guardian of the light and learning to be a Keyblade wielder. The story of Sora and Riku first setting off on their journey becomes fascinating because of Kairi's childish and lovely nature.

Kairi serves a good purpose in bringing characters together, and she also becomes a stronger character that is heavily rooted in the light throughout the series.

Sora is by far one of the best characters in the game, as he serves as the primary protagonist of most of the titles. He provides a lot of comedic relief as his personality is extremely quirky, which is why he and Donald initially butt heads when they first start spending time together in their Kingdom Hearts journey.

Sora is very headstrong when it comes to doing the right thing, and he never purposely strays away from being a protagonist of his own volition. He has very few three-dimensional attributes, but there are a lot of characteristics that fully flesh out his persistent positive personality.

Riku is Sora's natural foil in the first Kingdom Hearts game. As Sora goes into the light, Riku ends up going toward the dark side. Riku becomes a vessel of darkness for a while, and because of this, he is one of the primary antagonists, but that quickly changes as he becomes a protagonist in Kingdom Hearts: Chain of Memories.

Riku goes through a tumultuous life, and Kingdom Hearts 2 serves to truly rebuild his friendship and trust with Sora. Watching him grow into a mature character is delightful as his characteristics seem to pass Sora in many ways, like his role in the game after Kingdom Hearts: Dream Drop Distance.

Xion makes Kingdom Hearts 358/2 a game that is worth playing by providing an extremely crucial role in the Kingdom Hearts story and is one of Roxas and Axel's best friends. They spend a lot of time in the game eating sea salt ice cream and hanging out while thinking about what it means to be human and have a heart.

She is a combination of Sora and Roxas and was initially created by the memories that Castle Oblivion was gathering from Sora. She has a loving nature for herself as well as a rebellious one that causes the main conflicts of 358/2. Xion feels like a much fuller version of Sora in her personality.

Axel is shown as a villain with his inner politics occurring in Chain of Memories, but in 358/2, players can see him as the kind but somewhat reckless big brother type of figure for both Xion and Roxas. It is through this growing friendship and its fall that players see Axel build emotions, so when he changes sides and becomes Lea, it's not too much of a surprise.

Aqua is one of the most powerful characters in the Kingdom Hearts story. Though Terra tries to carry himself as he is the most adult of the three Keyblade wielders in Kingdom Hearts: Birth By Sleep, Aqua carries herself as being much more intelligent and wiser. She does a good job at trying to ensure that the choices she makes are best for the world and her friends.

She also has one of the most heartbreaking moments in the series. A lot happens in Aqua's journey that leads to many changes in her personality by the time the series has gotten to Kingdom Hearts 3.

Roxas might be even more powerful than Sora, as Sora only beats him in the second game by using a trick on him. Roxas is not necessarily evil but is only trying to fight for his life as he wants to live as much as anyone else in the series. He is Sora's Nobody and knows that if he goes back inside, he will cease to exist.

What makes Roxas so wonderful is that with the help of Axel and Xion, players can see him grow into a more emotional character who's worried about his own life and the lives of his friends in a universe where Nobodies are treated as monsters. He puts up a good fight throughout the series and serves the side of his survival and later light.

NEXT: Kingdom Hearts: 10 Best Disney Characters Across The Series, Ranked