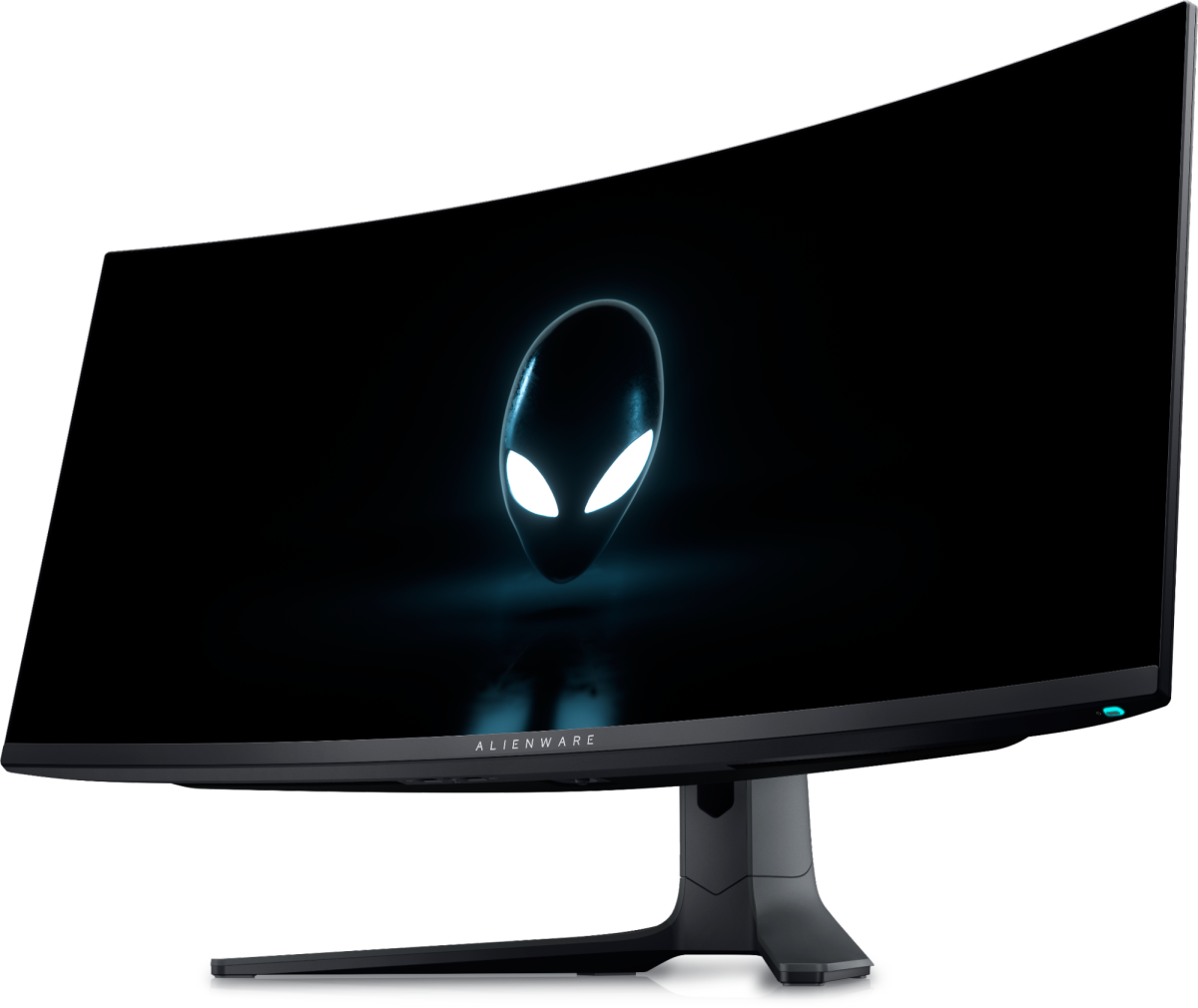 Dell made quite the splash in the gaming monitor realm with the release of the Alienware AW3423DW earlier this year. We were impressed with the gorgeous QD-OLED display, large color gamut, excellent contrast, and 175Hz panel in our hands-on review of the AW3423DW. However, the $1,299 price is probably beyond the budget range of many gamers. So today, Alienware announced a new member to the family, the similarly named AW3423DWF, which is priced slightly lower at $1,099.

The AW3423DWF still features a 34-inch WQHD (3440 x 1440) QD-OLED panel with a 0.1ms GtG response time and a 1800R curve. That means color uniformity, the wide color gamut and inky blacks are still here in full effect. However, the maximum refresh rate has decreased just a smidge from 175Hz to 165Hz.

In addition, the white and black design of the AW3423DW has given way to an all-black motif with the AW3423DWF (Alienware calls the color Dark Side of the Moon). Likewise, the overall footprint is slimmer to better accommodate those with limited desk space.

But Alienware didn't stop there; the joystick mounted under the center of the AW3423DWF has been revised to provide quick access to preset game modes. The joystick can also be used to jump to an all-new Creator mode that Alienware added. Alienware adds that the AW3423DWF's ComfortView Plus low blue light mode is TUV-certified and that Variable Refresh Rate is supported at up to 120Hz refresh rates on PlayStation 5 and Xbox Series X consoles.

As we mentioned at the onset, Alienware has priced the AW3423DWF at $1,099, representing a $200 price cut compared to the AW3423DW. In addition, the monitor is backed by a 3-year hardware warranty, and Alienware says it will ship in the United States and Canada later this fall. We’ll greet the AW3423DWF in our lab soon to see if it has what it takes to join the ranks of the best gaming monitors.