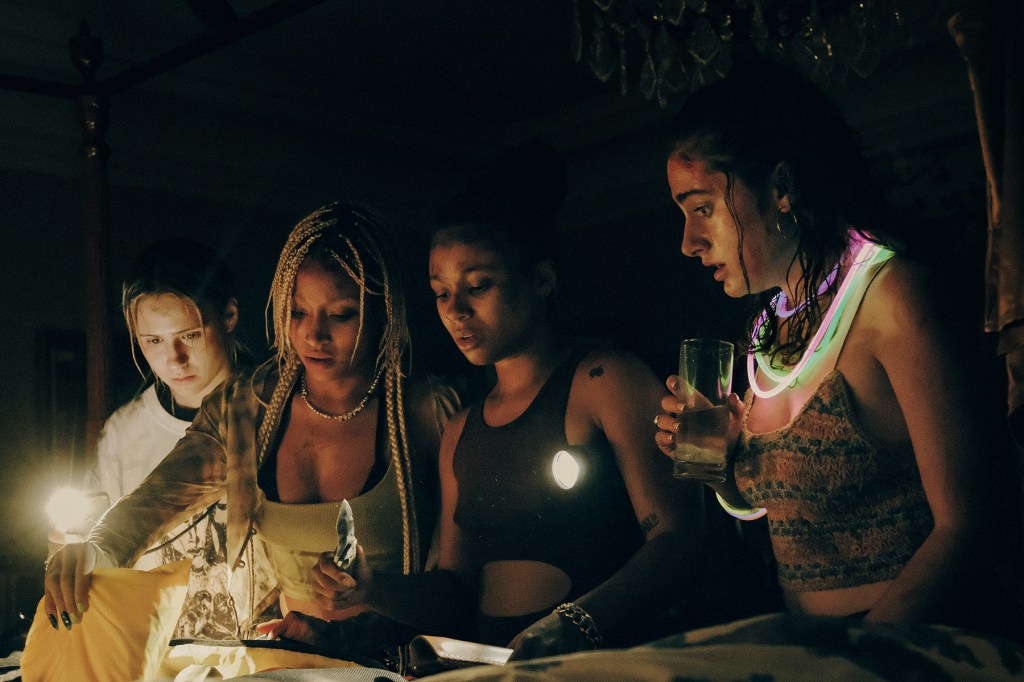 “This gotta be the most random drop of all, but this was so much fun,” she said

That one New York Times critic that called Bodies Bodies Bodies “a 95-minute advertisement for cleavage and Charli XCX’s latest single” can add Amandla Stenberg’s new song “Alice,” inspired by the film, to her Spotify playlist.

On Tuesday, Stenberg released “Alice” — a song inspired by a made-up romantic backstory about her character Sophie and the silly character played by Rachel Sennott, Alice — to celebrate the film’s arrival to streaming services.

“This gotta be the most random drop of all, but this was so much fun. I made this song up during an improv on the set of @bodiesbodiesbodies (I was mostly tryna make [Rachel Sennott] laugh) and then started imagining if her character Alice and I had a secret romantic past?” Stenberg said about the song. “Went over to @juicejackal’s house and turned it into a real song.”