Andrej Stojakovic, Son of Kings Great, Down to Four Schools in Recruitment 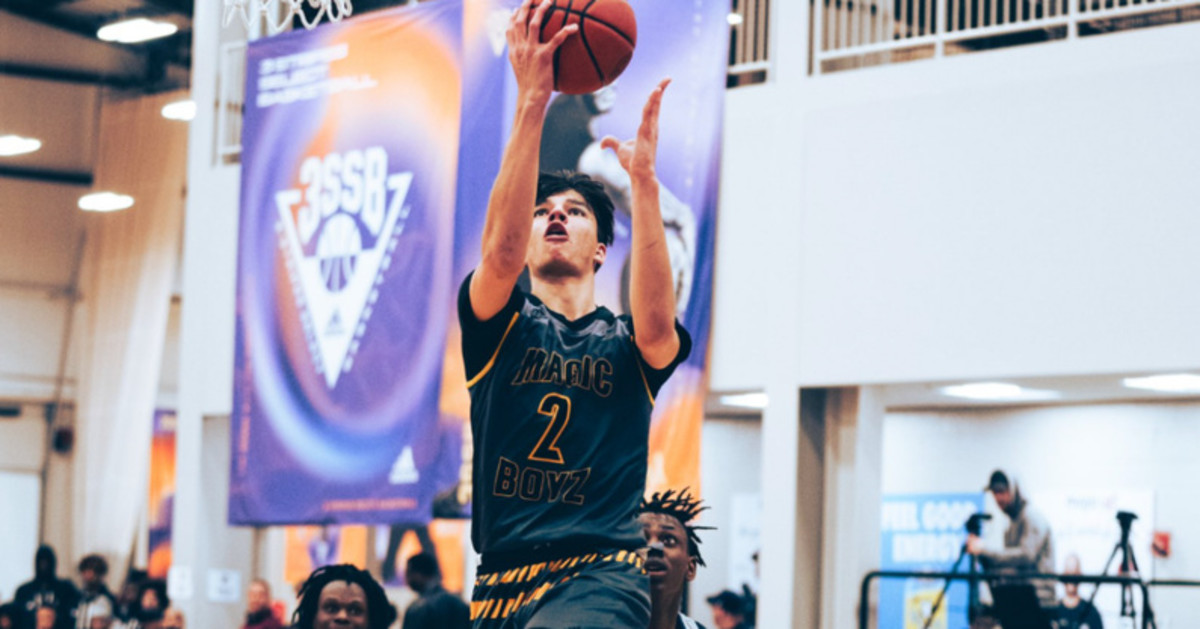 Andrej listed Oregon, Texas, UCLA and Stanford. The 6’7” guard/forward will reportedly make his college selection on Oct. 31, according to Joe Tipton of On3 Sports. The list of four schools comes after Andrej previously had six schools that included Virginia and Duke.

In July, Andrej told On3 Sports how each school was recruiting him. He previously stated that Texas was recruiting him “extremely hard” and that he was a “top priority” for the Longhorns. At the time, Oregon had been recruiting Andrej for a long period of time.

When 18-year-old discussed UCLA, Andrej described the winning tradition within the program and staff. In looking at Stanford, he told On3 Sports that the program offers him the “biggest second plan of success after basketball.”

Andrej took official visits to UCLA and Stanford in June while visiting Texas on Sept. 9 and Oregon on Sept. 16.

Andrej, who only began taking basketball seriously three years ago, was born in Thessaloniki, Greece, where Peja played professionally until he came to play for the Kings in 1998. Last season, Andrej averaged 25.3 points per game and 9.3 rebounds a game at Jesuit High School in Sacramento.

During the summer, Andrej played for the Compton Magic (Calif.), where he played against some of the top players across the country in the Adidas 3SSB. He averaged 20 points and seven rebounds for the Magic.