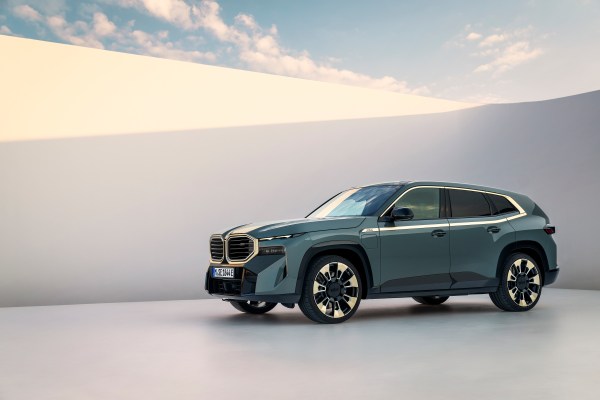 The BMW XM full-size SUV is the first electrified model from the brand’s race track-ready M badge. Starting just below $160,000, the 644-horsepower crossover also rates as the most powerful and most expensive vehicle in BMW’s portfolio, aside from certain limited editions.

When it goes on sale early next year, the five-passenger crossover will be the first-ever high-performance vehicle from BMW M with an electrified powertrain. Its price and performance chops position it to compete in the fast-growing ultra-luxury SUV segment, providing a less expensive alternative to the Lamborghini Urus, Aston Martin DBX, Bentley Bentayga and forthcoming Ferrari Purosangue.

The XM, which features a 483-horsepower V8 engine and a 194-horsepower electric motor, costs less and delivers more power than the standard 641-horsepower Urus, 443-horsepower Bentayga or 542-horsepower Aston Martin DBX. And it’s not far behind the Purosangue, which will deliver 715 horsepower, although it is less than half the price.

The M HYBRID system, which will serve as the basis for BMW’s future hybrid plug-ins, can travel up to 30 miles on a fully charged battery before drawing power from the gas engine, according to BMW’s preliminary tests based on the Environmental Protection Agency’s standards.

In addition to its other superlatives, the SUV may also be the brand’s roomiest: With just two rows of seating spread over a wheelbase roughly the length of the three-row BMW X7, the XM provides passengers with above-average head-, elbow- and leg-room. The SUV comes with BMW’s M xDrive all-wheel-drive system and 23-inch wheels, the largest standard wheels in the automaker’s lineup.

The 2023 XM will go into production later this year at BMW’s Spartanburg, South Carolina, factory. A higher-end version, the BMW XM Label Red, is expected next year.