NBA teams that need to hit the reset button

My Cleats, My Cause: Rams share more about charities they honored 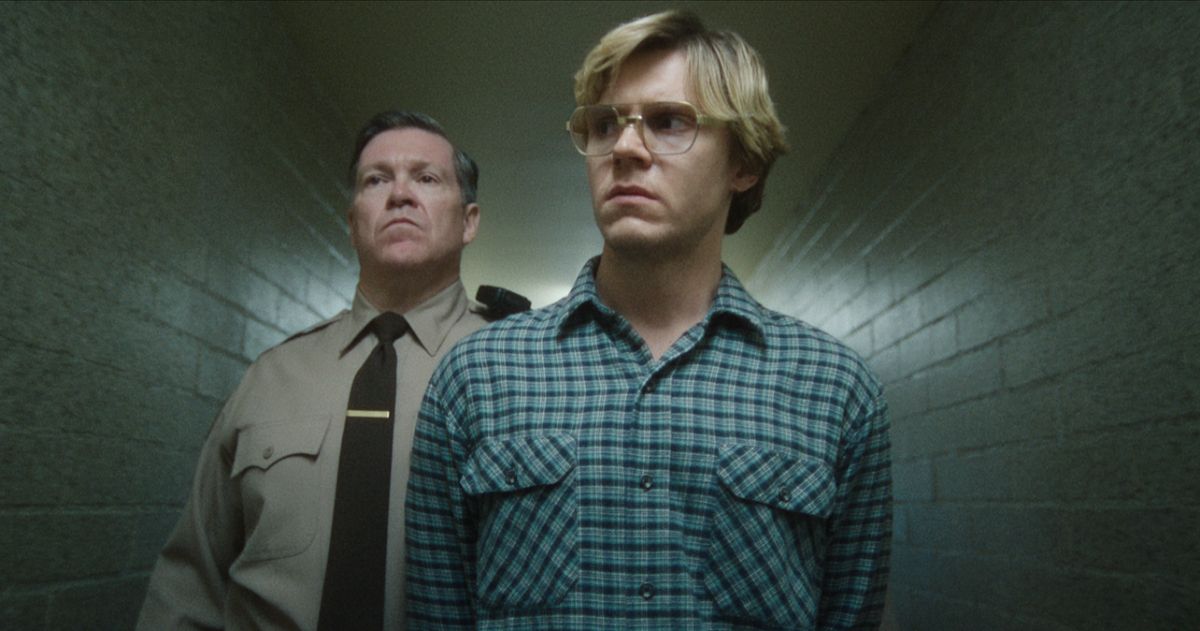 Netflix execs may have realized that there would be a certain level of controversy to come with releasing Monster: The Jeffrey Dahmer Storybut perhaps there has been a bit more than expected. Of course, as the series focuses on the horrific crimes of real-life serial killer Jeffrey Dahmer, it's not one to watch for the faint of heart. Many viewers have said they couldn't even stomach the first episode, let alone make it through the entire series.

But there was another problem many viewers had with Netflix's release of Monster. It had originally been labeled as LGBTQ content, as Dahmer and most of his victims were gay men. The issue is that this was not the representation that the LGBTQ community was looking for, given that the LGBTQ tag was listed among such others as “ominous,” “psychological,” “horror,” “vintage crime,” and “dark.”

“Lololo that’s hysterical by Netflix,” one tweet about the tag reads. “Slapping the LGBTQ tag on Dahmer like ‘Looking for LGBTQ content?? Well boy do we have the show for you! Where every episode another LGBTQ person gets massacred & eaten!' It’s like saying Schindler’s List is a family flick for Jewish people.”

“Imagine clicking on the ‘LGBTQ' category and this is what you get,” reads another tweet by Quinton Reviews, including a creepy close-up photo of Evan Peters as the cannibalistic murderer.

Netflix noticed the backlash and went into action. Per the L.A. Timesthe streamer has since removed the LGBTQ tag from Monster: The Jeffrey Dahmer Story.

Related: Monster: The Jeffrey Dahmer Story: What to Know About the True Crime Series

Dahmer Has Generated Plenty of Controversy

Netflix has also come under fire for the release of Monster: The Jeffrey Dahmer Story following criticism from the family of one of Dahmer's victims. Eric Perry, a cousin of Dahmer victim Errol Lindsey, slammed Netflix for launching yet another series about the killer when there's already been so many films, TV shows, and podcasts about him in the past.

“I’m not telling anyone what to watch, I know true crime media is huge rn, but if you’re actually curious about the victims, my family (the Isbell’s) are p*ssed about this show,” Perry said. “It’s retraumatizing over and over again, and for what? How many movies/shows/documentaries do we need?”

Lindsey's older sister, Rita Isbell, memorably lashed out at Dahmer at one point during the trial while reading her victim impact statement. This was recreated for the Dahmer series, and for Isbell, it was perhaps a bit too accurate. The scene almost made her feel like she was watching footage of herself and that also brought back memories of the horrific pain she felt at the time.

“If I didn't know any better, I would've thought it was me,” she told reporter Kelsey Vlamis. “Her hair was like mine, she had on the same clothes. That's why it felt like reliving it all over again. It brought back all the emotions I was feeling back then.”

Monster: The Jeffrey Dahmer Story can be found streaming on Netflix.

10 Memorable Callbacks To The Original Film