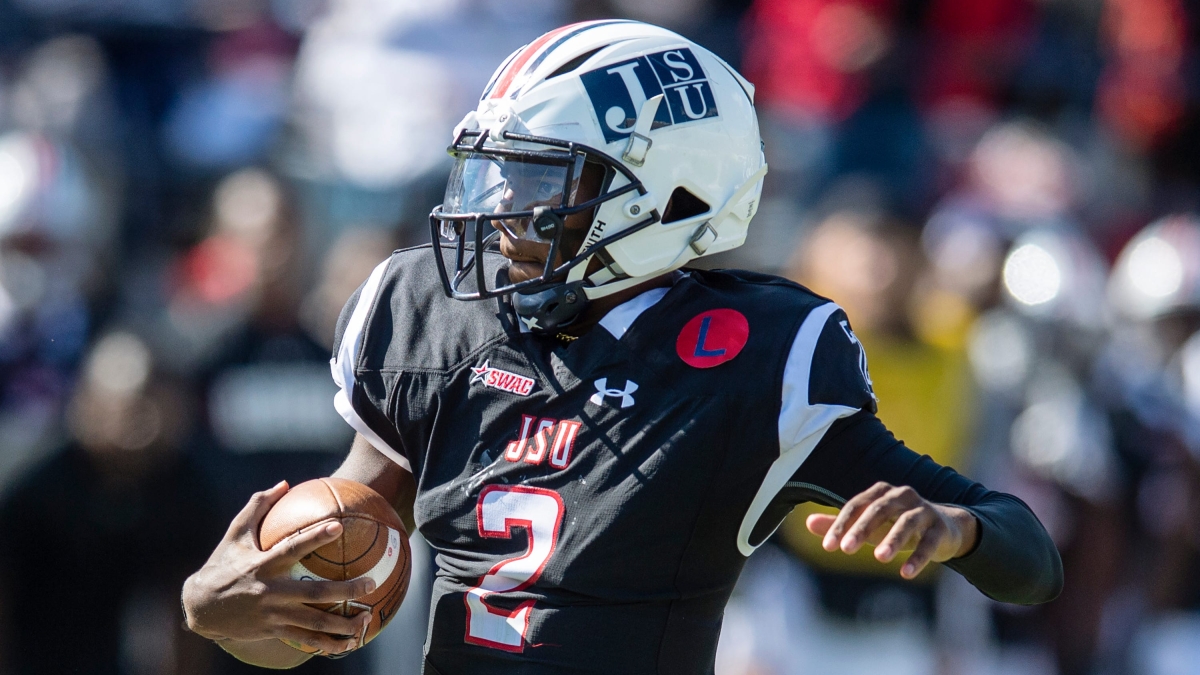 Deion Sanders has his Jackson State football team 4–0 through its first four weeks of the 2022 college football season. A year ago, JSU won three of its first four games as the Tigers suffered a close, late-game loss to Louisiana-Monroe on the road.

But all through the offseason, Sanders preached dominance and how this year’s JSU team would look drastically different. So far, Sanders’s statement is accurate. One key reason behind JSU’s success is the play and production of his son in Tigers’ quarterback Shedeur Sanders.

“…You put his [Shedeur] numbers up next to the guys in Power 5s, he’s doing as much or more than they’re doing right now,” Sanders said.

As Sanders continued the case for his son being in the discussion for college football’s most coveted individual award, the Hall of Famer revealed that he watched the media discussion for quarterbacks they considered were Heisman-worthy at this point of the season. When Sanders did not see Shedeur’s name in the conversation, he was a little disappointed.

“They didn’t mention what Shedeur is doing,” Sanders said. “Forget that he’s my son and his last name is Sanders; any other man doing what he’s doing and accomplishing what he’s accomplishing, this far, this early on, deserves the recognition.”

While Sanders enjoyed his moment as a father advocating for his son, Shedeur has had quite the start to this season. Shedeur sits among the best in the FCS in completion percentage (75.5%), passing touchdowns (14) and passing yards (1,381).

Among other FCS teams, only two other quarterbacks—Fordham’s Tim DeMorat (1,805) and Incarnate World’s Lindsey Scott (1,402)—have more passing yards than Shedeur. Along with DeMorat and Scott, Eastern Kentucky’s Parker McKinney (1,240) and Stetson’s Brady Meitz (1,311) have eclipsed the plateau of 1,200 or more passing yards.

While Shedeur may play in the FCS, many have not forgotten former NFL star and quarterback Steve McNair and his 1994 Heisman campaign at Alcorn State, another SWAC-based program.

And, if Sanders has anything to do with it, his son deserves to be in the conversation.