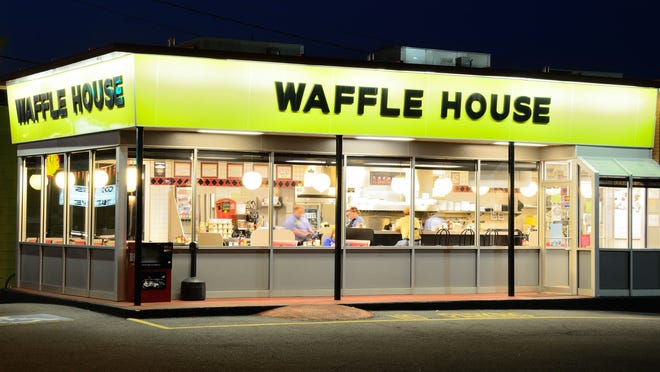 When Waffle House closes, you know it's going to be bad.

But every so often, like Wednesday in Florida, the weather is just too dangerous.

“We do have closures in mandatory evacuation zones and locations within low-lying areas that are subject to severe flooding,” Waffle House Vice President of Public Relations Njeri Boss told USA TODAY on  Wednesday morning.

As of just after 11 a.m. EDT, 21 locations were closed across the state from Naples along the Gulf of Mexico north some 120 miles to Bradenton in Manatee County, Boss said.

Hurricane Ian strengthened into an “extremely dangerous” Category 4 storm and roared to the brink of Category 5 status –  its maximum sustained winds blasting at 155 mph as the west coast of Florida braced for landfall Wednesday afternoon.

The Waffle House Storm Center, a team that mobilizes during extreme weather, has been monitoring the storm's path since Ian became a named storm, Boss said.

Do I need to evacuate? How to stay safe as Hurricane Ian approaches Florida's coast

On Wednesday, Boss said, the restaurant was working with local governments and emergency responders around the clock.

“We constantly track storms during hurricane season, following their progress when there is an indication they might make landfall or deliver significant storm conditions,” she said.

The Federal Emergency Management Agency monitors a “Waffle House Index,” a color-coded indicator of what restaurants are open, closed or offering a limited menu, to gauge how well an area will recover from a hurricane, tornado or other hazard.

“The Waffle House test just doesn't tell us how quickly a business might rebound – it also tells how the larger community is faring,” a FEMA blog post states. “The sooner restaurants, grocery and corner stores or banks can reopen, the sooner local economies will start generating revenue again – signaling a strong recovery for that community.”

‘If we have to move … we'll leave':Floridians talk about preparing for Hurricane Ian

How the Waffle House Index works

The index has been used to predict how severely weather will affect an area.

“Everything else is foreshadowing. Closed Waffle House means stuff is about to get real,” Twitter user Ted Vician posted Wednesday.

“Jim Cantore is there AND the Waffle Houses are closed? Get out now,” Twitter user Kate McCrea posted.

Contributing: Jordan Mendoza and Ashley May

Natalie Neysa Alund covers trending news for USA TODAY. Reach her at [email protected] and follow her on Twitter @nataliealund.