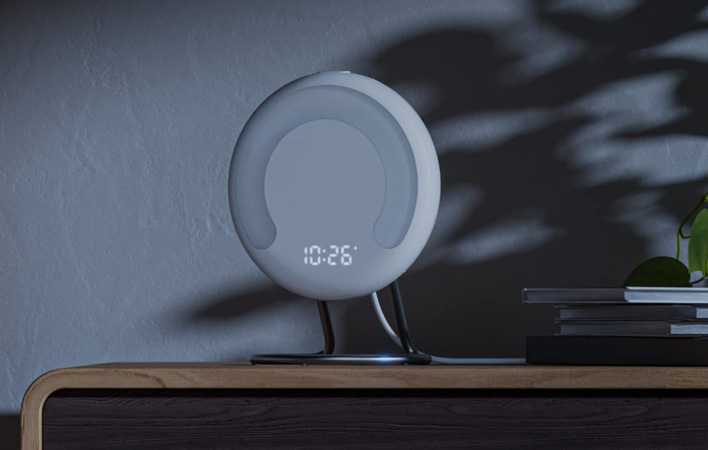 Most wearable fitness trackers include the ability to track sleep, but what if you don't want to wear something on your wrist at night? Well, Amazon might have just the thing with its new Halo Rise. This device looks like a clock, but it contains a low-power sensor that can monitor and analyze your sleep, plus it doubles as a sunrise alarm clock. If you think this sounds familiar, you're right—Google released a similar device in 2021.

In the interest of privacy, the Halo Rise doesn't have a camera or microphone. What it does have is a low-power radar module that can detect when you're in bed and when you fall asleep. It feeds that data into the Halo app, which provides insights and analysis of your sleeping habits and also tracks room temperature, light, and humidity. It features a light of its own, which you can control via Alexa and use as a sunrise alarm clock, which many people find more pleasant than waking up to a piercing beep.

The Halo Rise itself costs $140, or at least it will when you can buy it later this year. It includes six months of Halo member benefits, but you'll have to start paying $2.99 per month after that. Google's second-generation Nest Hub had a similar pitch with sleep tracking and a future subscription requirement. However, Google never followed through on charging for that. Google's device is also a bit cheaper, and it's a full smart display (still no camera) if you don't want to use the sleep tracking, which is also based on low-power radar. 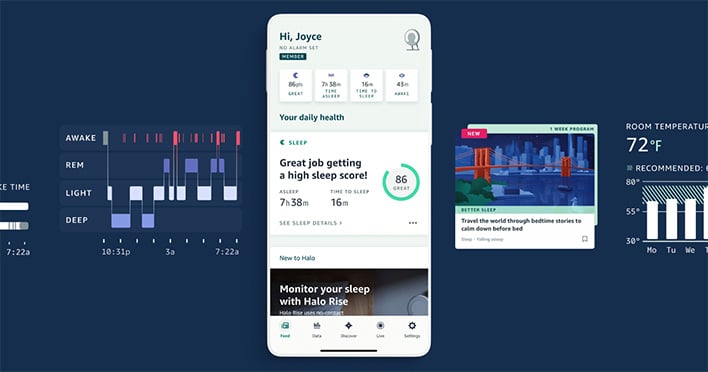 Some people will naturally be squeamish about pointing any type of sensor at their bed, but radar sensors can't see fine details. All these devices can see is whether or not there's a person-sized lump in the bed that is also breathing. Amazon says the Halo Rise has been tested and verified with medical-grade sleep tracking equipment. Assuming it's anything like Google's radar sleep tracker, something as simple as the dog jumping up and taking a nap in your spot could fudge the data.

The Halo Rise isn't available yet, but you can sign up to be notified when it goes on sale later this year. Naturally, it works best with an Alexa smart home ecosystem.

T.J Holmes Is Getting Dragged On Twitter For Affair With Co-Host