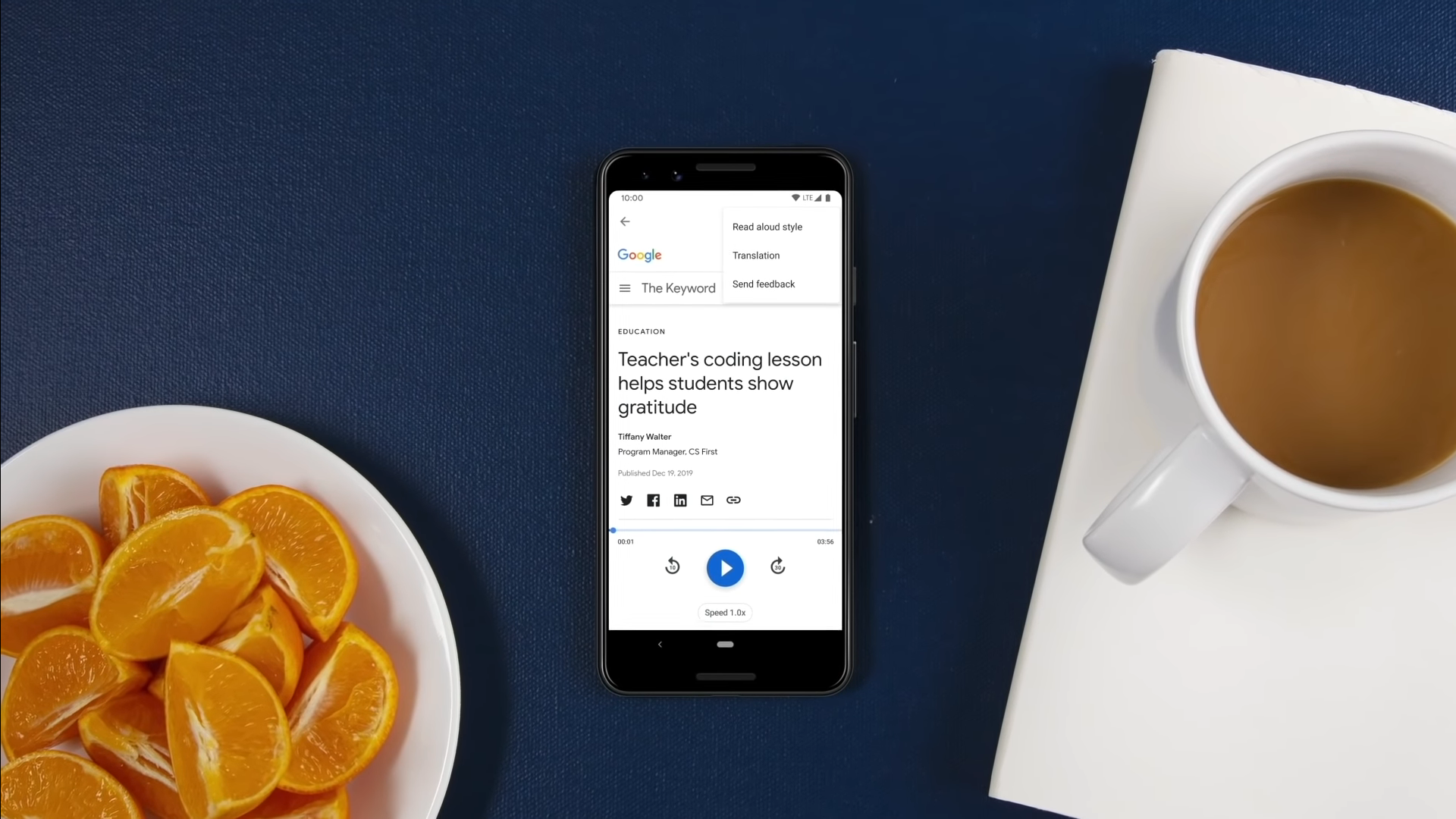 Screen readouts will have a clearer voice now

For as complex as modern technology is, we're also in an age where accessibility features are more advanced than ever. Google is among the many companies that has clearly prioritized their development, actively building out plenty of customizable accessibility features. This week, we're learning about text-to-speech (TTS) features getting a major upgrade for most Android devices.

Google is upgrading Speech Services on 64-bit devices. A new voice model and synthesizer are coming to all 67 supported languages for a total of 421 different voice variants.

Even if you’re using the system default voice for TTS, you should start noticing a different voice for the English-US setting after the update. Google says the new speaker data should bring a drastic improvement to the clarity of speech.

This change will take place behind the scenes, and you won’t need to do anything to start using these improved TTS voices on Android. The update will be delivered through the Speech Services by Google app on the Play Store over the next few weeks.

Our tipster Eduardo reports the new TTS models didn’t work with Google Maps right away, and Assistant stopped working after the Speech Services app update. Hopefully those are just some deployment hiccups that will be ironed out soon.