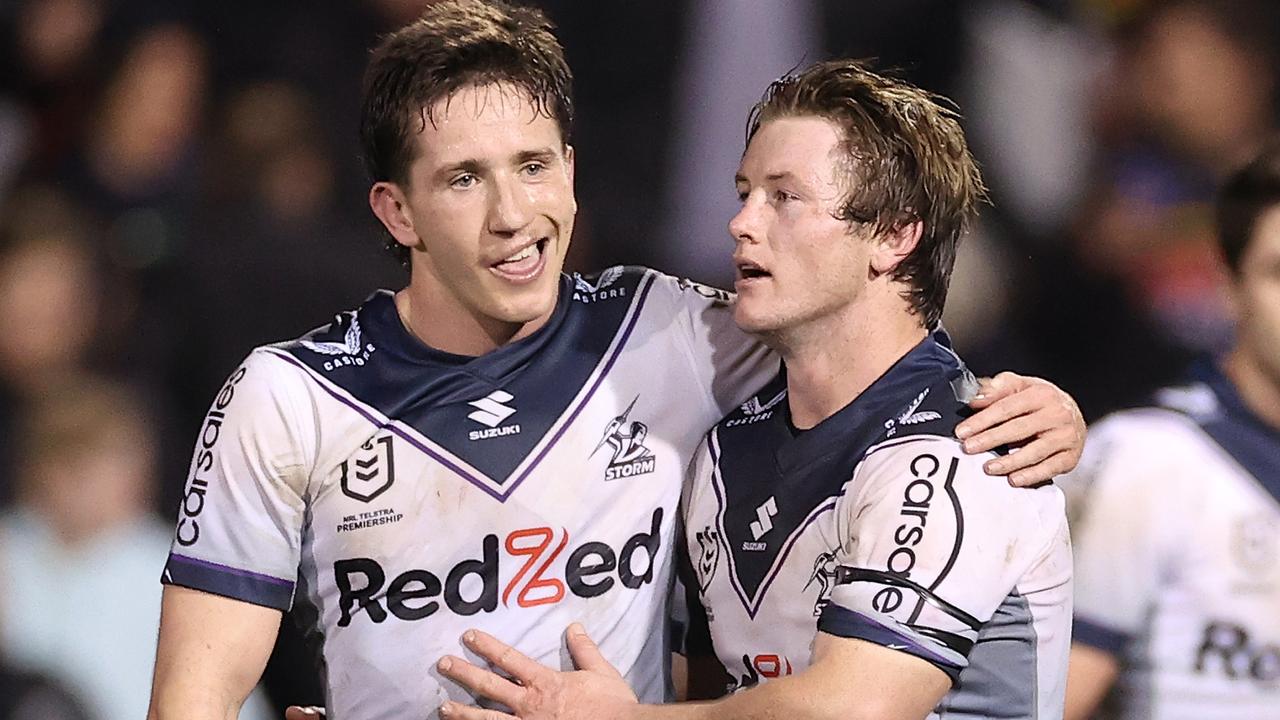 Cooper Johns is one of six players the Melbourne Storm have confirmed will not return to the club next season.

Johns made his NRL debut at the Storm in 2020 and made nine appearances over the past three seasons, scoring one try.

Stream every game of the 2022 NRLW Premiership Season Live & Ad-Break Free During Play on Kayo. New to Kayo? Start your free trial now >

The 23-year-old half is the son of Knights great Matthew Johns and is currently without a NRL contract for 2023.

Johns had been used as a back-up to Cameron Munster and Jahrome Hughes an usually played during the Origin period.

It means Jayden Nikorima will likely play that back-up role next season and the clubs also has big raps on NSW under-19 star Jonah Pezet.

Melbourne trio Tom Eisenhuth, Chris Lewis, Alec Macdonald are all off contract but only Johns’ departure was confirmed at the club’s awards night this week.

Eisenhuth, 30, struggled with injury in 2022 and played just six games but the journeyman has 40 NRL games to his name.

Lewis has also played 40 NRL games since joining the Storm in 2020, while Macdonald made his debut this season and featured in 12 games.

The Storm have signed Tariq Sims, Elise Katoa and Joe Chan ahead of 2023 which is expected to be coach Craig Bellamy’s final season in charge.