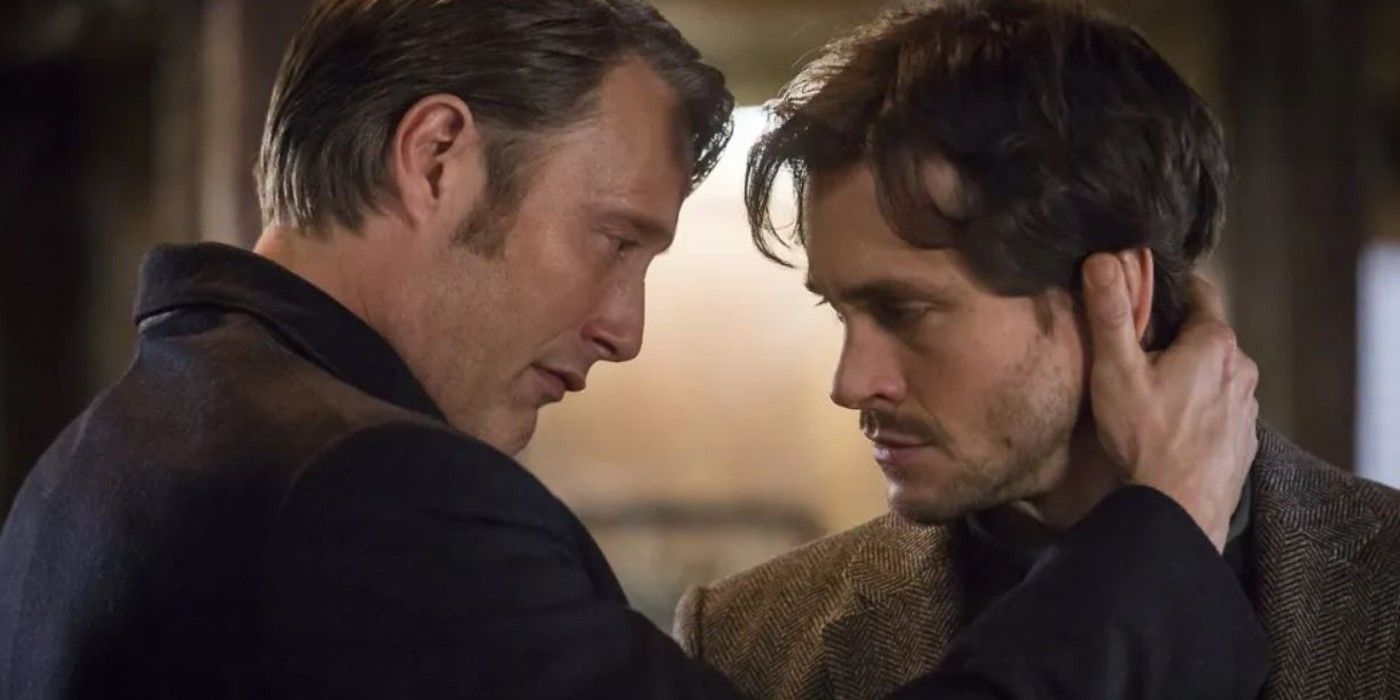 Over seven years since its cancellation, Hannibal stars Mads Mikkelsen and Hugh Dancy are still eager to reprise their characters in season 4.

Hannibal stars Mads Mikkelsen and Hugh Dancy are still interested in returning for season 4. Canceled in 2015 following a three-season run on NBC, the series was lauded for its stunning visuals and the on-screen chemistry of its lead actors. Boasting a loyal fan base, affectionately dubbed “Fannibals”, the show has repeatedly faced calls for renewal following successful stints on both Prime Video and Netflix.

Based on Thomas Harris’ horror novel Red DragonHannibal centered on the life of the titular cannibal before the events of Silence of the LambHarris’ sequel story which became a pop culture symbol following an Oscar-winning film adaptation starring Antony Hopkins. Placing particular focus on Hannibal’s complex relationship with FBI profiler Will Graham, the show garnered considerable praise for its representation of LGBTQ+ characters, making it an outlier in the horror genre. Ending its final episode on a literal cliffhanger (with Hannibal and Will sharing a bloody embrace before tumbling into the ocean) fans have consistently petitioned for a Hannibal season 4 in order to see through the characters’ will-they-won’t-they love story.

Discussing the possibility of Hannibal season 4 during an interview with Screen Realmcreator Bryan Fuller revealed that both Mikkelsen and Dancy remained eager to return. “They’re both dying to come back,” he said, adding that a new season would also focus heavily on Margot Verger (Katharine Isabelle) and Alana Bloom (Caroline Dhavernas). Reiterating his hope that Hannibal season 4 would eventually be made, Fuller admitted that he wasn’t “looking at [his] watch” whilst waiting for the show to be renewed. Check out his full comments below:

“We are ready and willing to go. I talk to Mads Mikkelsen fairly regularly and Hugh Dancy fairly regularly, so they’re both dying to come back and you know, it’s not just about the murder husbands, it’s about the murder wives. Katharine Isabelle and Caroline Dhavernas are just as big in the story of season 4 as Hannibal and Will. So, I hope we get the chance to do it. I’m not looking at my watch because I figure we’ll pick up the story whenever we do and I haven’t given up hope.”

While there is no indication that Hannibal season 4 is any closer to renewal, Fuller has repeatedly teased fans with his plans, which he described as “Inception meets Angel Heart.” Though a legal mess of rights issues prevents the show from harnessing characters like Clarice Starling, Fuller has expressed interest in reinterpreting the events of Silence of the Lambs. Confirming that both Will and Hannibal survived the season 3 finale (as suggested in the post-credit scene featuring a one-legged Gillian Anderson), the showrunner also indicated that the series could pick up their story years into the future and would explore a fresh chapter in their relationship. However, he did not reveal whether their connection would become more overtly romantic. As well as hinting at the return of fan-favorite Frederick Chilton, Fuller has alluded to the significant presence of Margot and Alana in Hannibal season 4 and indicated that the pair could be caught in a deadly game with Hannibal.

As loyal fans continue to express their support for the series, hopes for Hannibal season 4 are unlikely to diminish. With Fuller himself brimming with enthusiasm to return to the story and Mikkelsen and Dancy eager to reprise their roles, networks may well be watching the longevity of the show’s fan base with interest. With Fuller indicating that Hannibal’s story could stand the test of time and pick up in any number of years, fans seem intent on proving that they will wait as long as it takes for a network to bite.