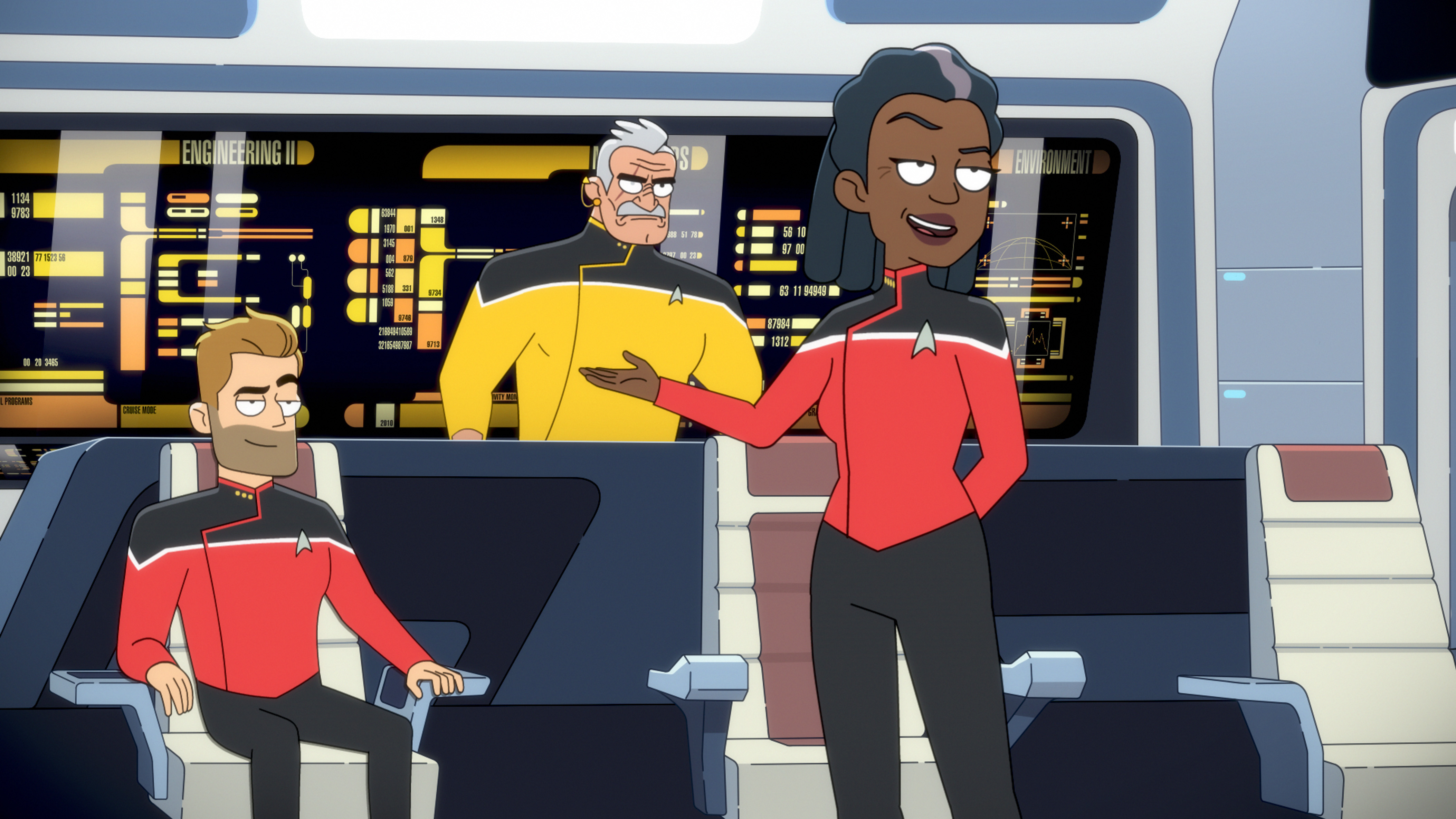 Even the extended time the Cerritos takes to orbit the station mirrors the grandiose opening sequence of Deep Space Nine that gives the audience a view of the majestic pylons with the theme resonating in the background and steals it for its own. Why? To remind them of the wonder of this station, positioned closely to a stellar phenomenon of such power like the wormhole to the Gamma Quadrant.

There’s a pause while Commander Ransom orders the helmsman to take it around one more time to make it seem like “we’re in awe of the pylons,” helps remind the audience that we’re in a Lower Decks episode after all.

“What I liked about this story was that every Lower Decker has something going on – but I really liked Tendi’s story,” he says. “We wanted to make Orion culture less mono-cultural and this was a chance for Tendi to run into an Orion (Messk) who didn’t even grow up on Orion but who wanted to appear to be Orion. Obviously, this is a huge callback to Worf for me, as he obviously didn’t grow up on Kronos, [but it]was really important to him to fulfill all these cultural obligations he had as a Klingon. It’s a little bit of a reverse of that. Because she has those values but the guy she meets doesn’t know anything.”

The apparent past history in the Bajoran Resistance between Kira and Shaxs not only gives the audience a sense of a new backstory between these two characters but it also is a huge callback to the Cardassian Occupation. Shaxs, seeing the station’s pylons goes one step further and can’t help but express the Bajoran hatred of everything Cardassian by mocking the architecture.

Seeing objects like raktajino mugs in different shots, Cardassian computer consoles in the background, and watching the Lower Deckers interact with all these places and characters makes us recall what a thoroughly different series DS9 was from Star Trek: the Next Generation.