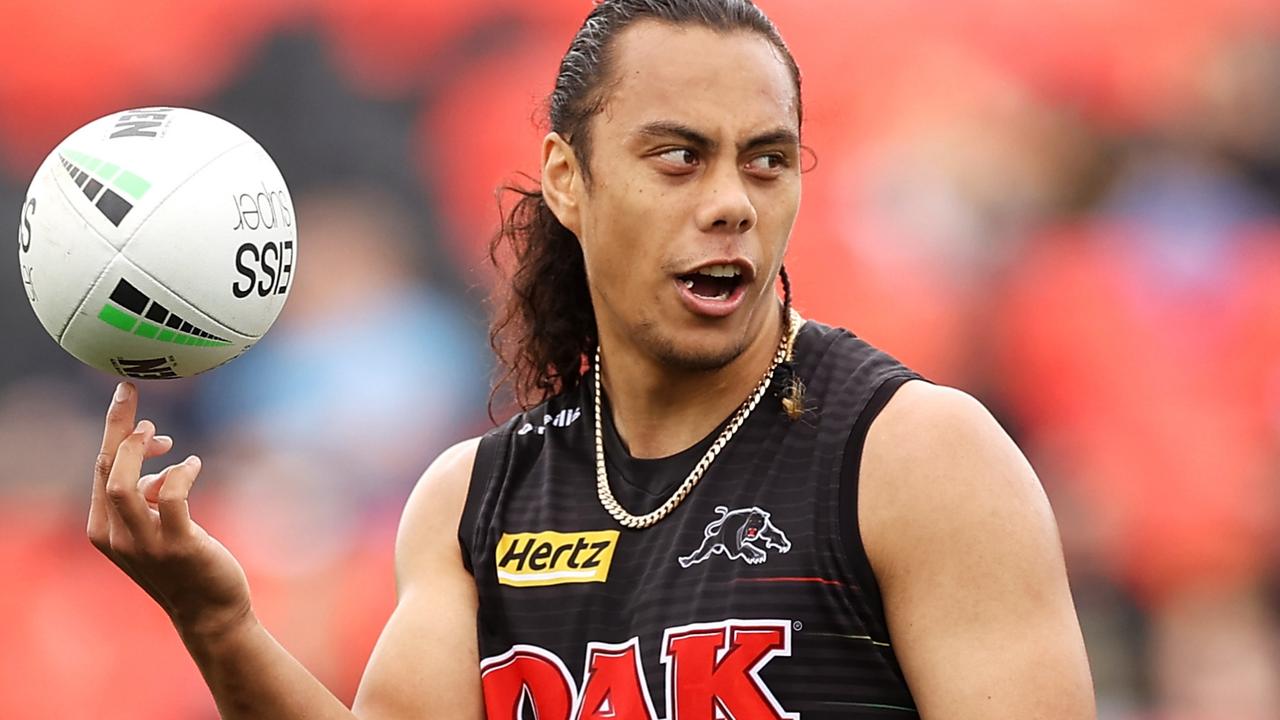 There’s a new sheriff in town out in the wild, wild west – that’s according to Penrith Panthers superstar duo Jarome Luai and Brian To’o.

Parramatta has long been touted as western Sydney’s breeding ground of rugby league talent, but To’o has declared in grand final week that “things have changed”.

The Panthers and Eels will meet on Sunday in the first ever grand final between the clubs, with the battle of the golden west to unfold at a sold-out Accor Stadium in western Sydney.

Local juniors will make up more than half the Panthers side that will run out on Sunday and 14 of the 17 made their NRL debut for the club.

The Eels have six local juniors in their team, but only three have spent their entire NRL careers at the club.

“There aren’t that many kids coming through the Parramatta system that are from the west. The majority of the people that are in the Parramatta team come from other countries or other parts of NSW … or even Penrith.

“It’s pretty cool to see how many of us Penrith juniors have come through the lower grades up to the big leagues.

“It’s pretty special to see like Taylan May and Izack Tago come through this year.”

Stream every game of the 2022 NRLW Premiership Season Live & Ad-Break Free During Play on Kayo. New to Kayo? Start your free trial now >

Penrith are one of the best sides of the NRL era having won 66 of 78 games over the past three years.

That’s largely thanks to their conveyor belt of junior talent that has produced the likes of To’o, Luai and his halves partner Nathan Cleary.

Nathan Cleary and Jarome Luai boast an incredible 93 per cent win record together as the most successful halves pairing since 1980.

Luai had some fun with the Panthers new status as the stars of the west when asked who held the title as big brother.

“You can call us daddy,” the Panthers five-eighth quipped.

It’s hard to argue with when you consider the Panthers are $1.35 favourites to become the first club in history to win all four grades.

Penrith have already won the SG Ball, Jersey Flegg and NSW Cup competitions this season and sit on the cusp of the first clean sweep in rugby league’s 113-year history.

Cox: England’s defence has been brilliant but don’t rule out switch to a back five