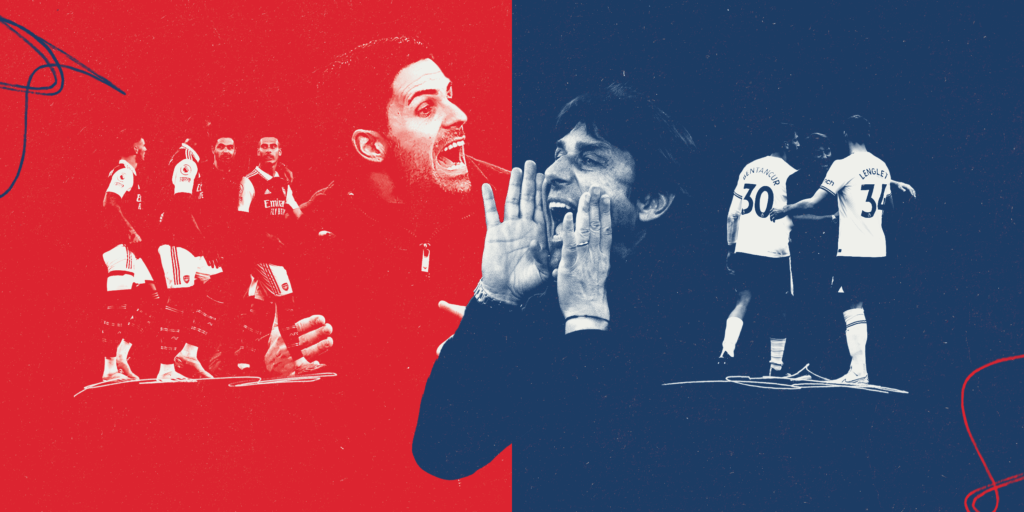 It’s been a while since the north London derby was a top-of-the-table clash. December 2007, to be precise — that’s nearly 15 years since either Arsenal or Tottenham were top of the league entering the derby.

Arsenal’s gradual improvement under Mikel Arteta sees them top the table with 18 points, but one point behind them are Tottenham, whose recent resurrection owes to the arrival of Antonio Conte as head coach midway through last season.

Arteta and Conte have instilled clear playing styles and are still adding to their tools with the arrival of new players and specialist coaches.

Going into the derby on Saturday, how can one team get the better of the other?

In this piece, The Athletic breaks down the game’s key tactical points…

Conte’s possession game is one area where the Italian has showcased his prowess throughout the years with different teams. He mainly depends on “automatisms” — training a certain move over and over and over again until the players know it by heart.

These built-up moves draw the opposition in, then slice through them making it look like a counter-attack when it’s not. Goals at home to West Ham United and Everton last season come to mind, but the best examples are Tottenham’s first and second away to Manchester City last February.

You can earn money through Discord now