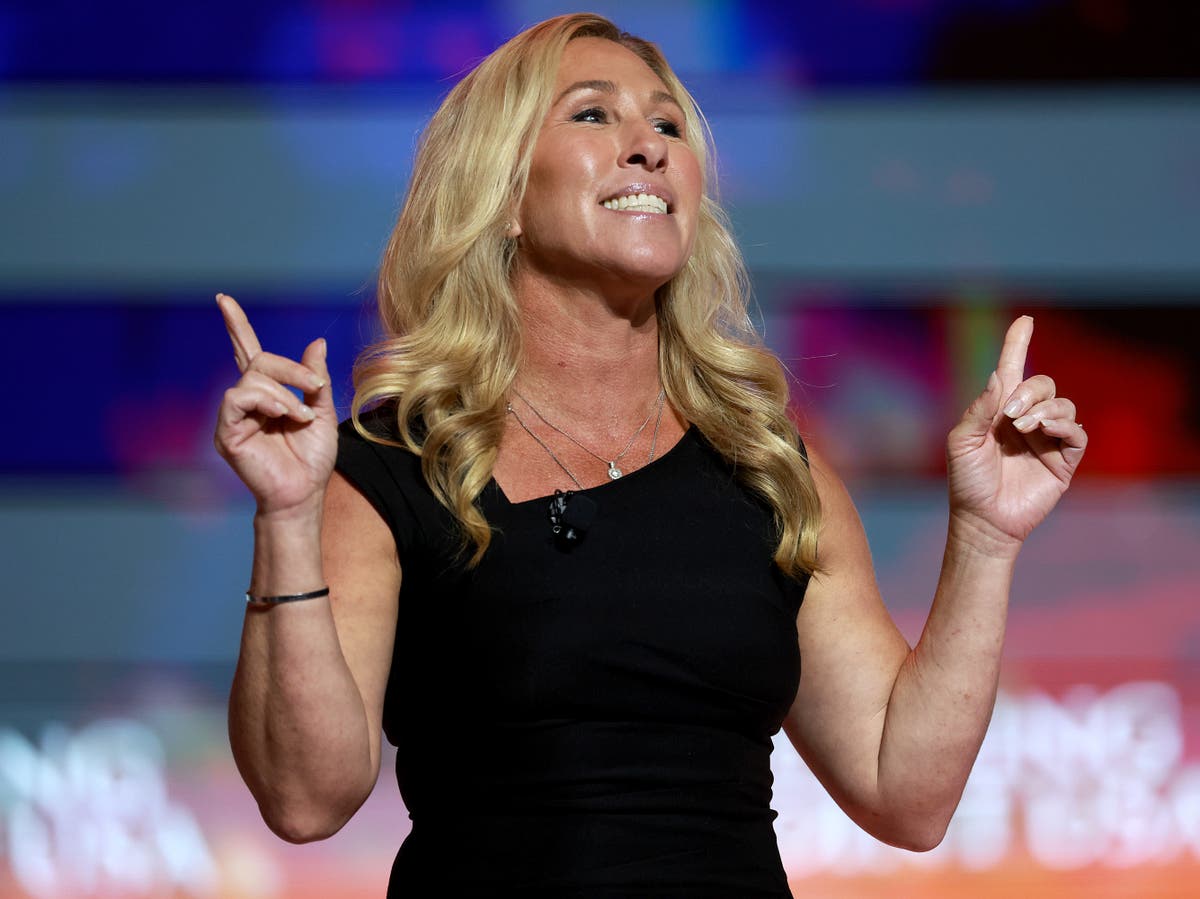 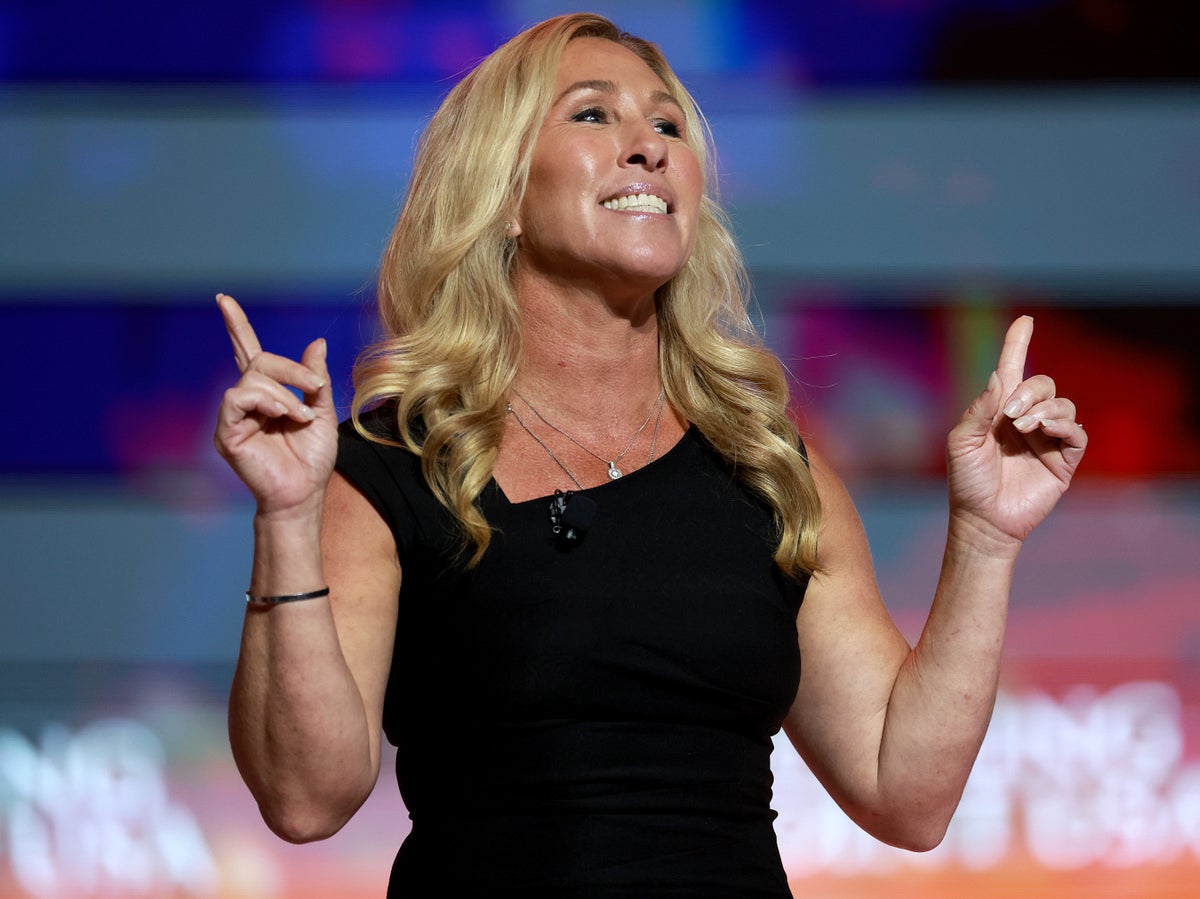 Calls from Marjorie Taylor Greene and other Trump loyalists in the Republican House caucus to pass an article of impeachment against Joe Biden are growing louder — but aren’t echoing in the halls of leadership just yet.

With November’s midterms looming all eyes are on the House as the Senate has seemed to slip further out of reach of Republicans, thanks in large part due to slip-ups and embarrassment created by the party’s crop of political newcomer challengers like Herschel Walker, Dr Mehmet Oz, and JD Vance. As such, leaders of the caucus including House Minority Leader Kevin McCarthy are under more scrutiny than ever to explain what will be on the agenda for January and beyond should their party capture the lower chamber.

Not helping the issue is a so-called “Committment to America” released by Mr McCarthy’s office outlining the GOP’s supposed plans for control of the House; the plan calls for typical action on GOP priorities including border security, voter ID laws, and enabling “school choice” — code for federal spending to support private and charter schools. There are also vague promises to hold hearings focused on supposed anti-conservative bias on tech platforms, but absent completely is any mention of Joe Biden or the longstanding calls from Donald Trump’s most loyal supporters to launch investigations into the business practices of Joe Biden’s son Hunter, or to challenge him over other issues.

The far-right wing of the GOP House caucus has, meanwhile, grown increasingly impatient on the issue of punishing Mr Biden via impeachment. Republicans have already filed nine separate resolutions invoking articles of impeachment since the president took office in January 2021, with Marjorie Taylor Greene alone responsible for more than half. Most expect those calls to jump significantly if Republicans actually manage to win a majority in the autumn.

During a podcast appearance earlier this month retiring Rep Adam Kinzinger, one of two Republicans on the January 6 committee, warned that the GOP’s attempts to repeal Obamacare culminating in 2017 would be nothing in comparison to the pressure Mr McCarthy will face to allow an impeachment vote or votes on the floor.

“That’s going to look like child’s play in terms of what Marjorie Taylor Greene is going to demand of Kevin McCarthy,” Mr Kinzinger said on the podcast Axe Files. “They’re going to demand an impeachment vote on President Biden every week.”

But don’t expect Mr McCarthy or the Republicans working to win tough races around the country to lean into that message before November.

The House GOP leader dodged a question from Axios on the issue of pursuing impeachment in a GOP-held House this week, explaining instead: “We just put out the Commitment to America, that's what we're focused on.”

The chair of the Republican Study Committee, a major force in the GOP caucus that counts nearly three-quarters of House Republicans among its members, seemed to be more open to the issue while cautioning that any such consequence would come as the result of a proper congressional investigation.

“When we get control, we need to launch investigations and let that lead us to the appropriate conclusion and repercussions,” he told Axios.

One ally the far-right may find in House leadership that could open a door to their impeachment desires has remained largely silent on the issue, but has made telling moves in recent months that could betray her intentions.

Rep Elise Stefanik, a New York Republican popular enough with her caucus to overthrow Liz Cheney as chair of the House GOP conference, has yet to publicly endorse any of the impeachment resolutions put forward by her party’s far-right flank. In February, she tweeted that Mr Biden was “unfit to serve as Commander-in-Chief”, though as a reason she cited insufficient resistance to Vladimir Putin over his invasion of Ukraine — a stance few of Ms Greene’s type would likely sign on to given their own opposition to funding support for Ukraine’s military.

But she has taken another step that could indicate an openness to championing the issue of impeachment on the House floor — an endorsement in the recently-concluded New Hampshire’s Republican congressional primary for the state’s 1st District. Ms Stefanik is backing Karoline Leavitt, a conservative who fought to out-conservative her opponent Matt Mowers, an ex-Trump campaign staffer.

Asked about the issue of impeaching Mr Biden, the two took revealingly different positions at a recent debate; Ms Stefanik’s chosen candidate answered that she would immediately support any such resolution, while her opponent called, as Mr Banks did, for congressional hearings. It’s worth noting that Ms Leavitt had plenty of other advantages in the state, including support from the state’s GOP governor Chris Sununu who did not support impeaching Donald Trump after January 6 but offered one of the strongest rebukes of the ex-president from any Republican state leader. But at the very least the no. 2 House Republican is willing to show that impeachment fervor isn’t a disqualifying characterstic in the allies she is cultivating in Congress.

Election forecaster FiveThirtyEight currently gives the GOP odds of 68 in 100 to win the House come November.

Any impeachment effort is likely doomed in its bid to oust Mr Biden from the presidency, even if Republicans somehow manage to take both chambers of Congress.

Such a resolution would require passage by the House before prompting a trial in the Senate; under the US Constitution, two-thirds of the Senate would need to vote for Mr Biden’s removal for it to occur.