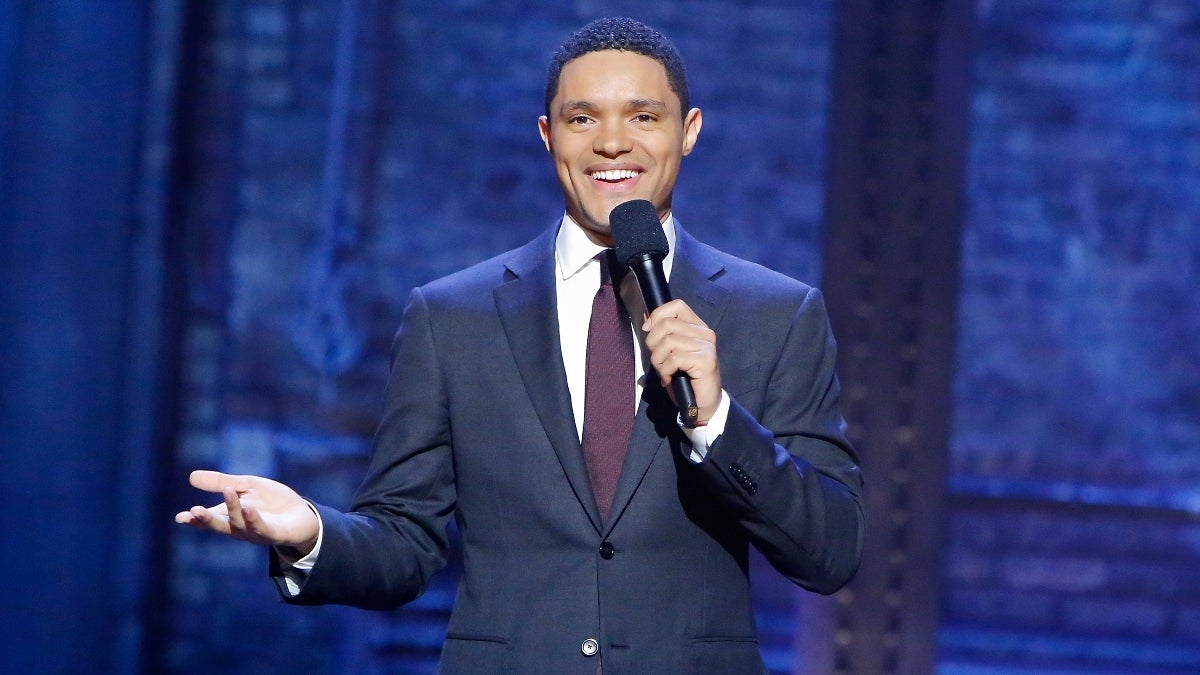 In a shocker announcement, Trevor Noah told the audience at the end of taping Thursday’s episode of “The Daily Show” that he is leaving the show.

No date was given for his exit, nor has any potential successor been announced.

Noah began by noting that this week is his and Roy Wood, Jr.’s 7th anniversary joining the show. He also celebrated his work with correspondent Ronny Chieng, who as standing on stage. “You know, so many people didn’t believe in us. It was a crazy bet to make. I mean, I still think it was a crazy choice, you know? Just a random African and bringing a Chinese guy from Malaysia,” Noah said

“And and what a journey it’s been. Every single one of you who comes here to support us every single day, everybody who’s who’s watched the show and then it’s grown all around the world,” Noah continued, explaining that during a recent trip to India, He “just found myself filled with gratitude for for the journey. It’s been it’s been absolutely amazing. It’s something that I never expected. And I found myself thinking throughout the time, you know, everything we’ve gone through, the Trump presidency, the pandemic, just the journey of, you know, the more pandemic. And then, and I realized that after the seven years, my time is up.”

This caused a collective gasp from the audience as Noah continued.

Noah indicated that, with the pandemic winding down, being able to do standup again made him want to return to that career. “When I got back out there again, I realized there’s another part of my life that I want to I want to carry on exploring. I miss learning other languages. I miss going to other countries and putting on shows. I miss just being everywhere, doing everything. And I’m really grateful to every every single person who’s here, even the people who aren’t here right now, because they went on to do great things who helped us do this thing,” he said.

“I’ve never been good at at goodbyes,” Noah added. “And, it’s not instant. I’m not disappearing. Don’t worry. If I owe you money, I’ll still pay you. And I’m really grateful to a network who believed in this random comedian nobody knew on this side of the world. South Africans knew and loved me. Yeah. You know? And, and yeah, you know? Paramount has been amazing. ViacomCBS has been amazing.”

Noah thanked the Viacom execs who believed in him, and said “I’ve been lucky enough to be doing multiple projects with them, and I’ve been inspired by, by new ways to express myself, you know? Whether it be hosting a White House Correspondents Dinner or doing different standup shows around the world, whatever, whatever it may be. The point is, I want to say thank you to you. And to you who watch this and to you who come, and sometimes you do both.”

“I never dreamed that I would be here. I sort of felt like Charlie and the Chocolate Factory. I came in for a tour of what the previous show was, and then the next thing I know, I was handed the keys. But I couldn’t have done it without you, and I wouldn’t have wanted to do it without you. And so we’ll figure out the timings and the winds. We’ll still be here for the time being. But all I can say is. Thank you very much,” Noah concluded as applause drowned him out.

Watch the clip below:

“We are grateful to Trevor for our amazing partnership over the past seven years.  With no timetable for his departure, we’re working together on next steps. As we look ahead, we’re excited for the next chapter in the 25+ year history of ‘The Daily Show’ as it continues to redefine culture through sharp and hilarious social commentary, helping audiences make sense of the world around them,” Comedy Central said in a statement.

Noah took over the show from Jon Stewart, who transformed what had been a smirky late night chat show into an unlikely must-watch home for political commentary and criticism during the Bush and Obama years.

Representatives for Noah didn’t immediately respond to a request for comment from TheWrap. Variety first reported the news.