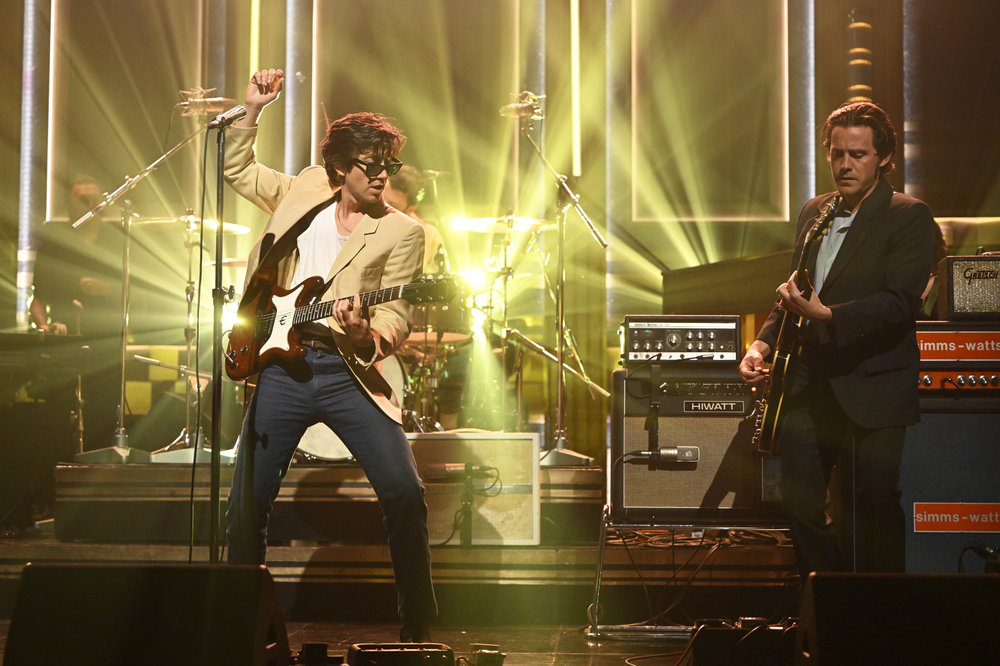 Track is the second single off the British rock band's next album, The Car

Arctic Monkeys stopped by The Tonight Show to perform their latest song, “Body Paint.” The rock group released the song earlier this week along with a vintage music video filmed in London and Missouri and directed by Brook Linder.

“Body Paint” is the second single off the band’s upcoming album, The Carout Oct. 21 via Domino. The track follows the release of “There’d Better Be a Mirrorball” earlier this year and their performance at Life Is Beautiful this month, where they performed “I Ain’t Quite Where I Think I Am” from the forthcoming LP. The Car is the band’s seventh album and follows the release of their 2018 record, Tranquility Base Hotel + Casino.

The Car was written by frontman Alex Turner and produced by James Ford. The Britich rock band recorded the album at Butley Priory in Suffolk, La Frette in Paris, and RAK Studios in London. A press release described the album as Arctic Monkeys “running wild in a new and sumptuous musical landscape,” adding that it “contains some of the richest and most rewarding vocal performances of Alex Turner’s career.”

Turner previously spoke to The Big Issue about how he was inspired by Oscar-winning film editor Walter Murch when making the record.

“There’s a bunch of interesting ideas that he’s speaking about,” said Turner about Murch’s book. “And that feels connected to the process and also the feel or lyrics on this new record.”

“He talks about meeting some friends of his wife, and one of them says: ‘So you’re the guy who cuts out all the bad bits, then?’” Turner added. “Initially, he is offended, but after all these years, he came around to thinking: ‘Well, yeah, that is actually what I’m doing.’ But the question is: ‘What constitutes a bad bit?’”