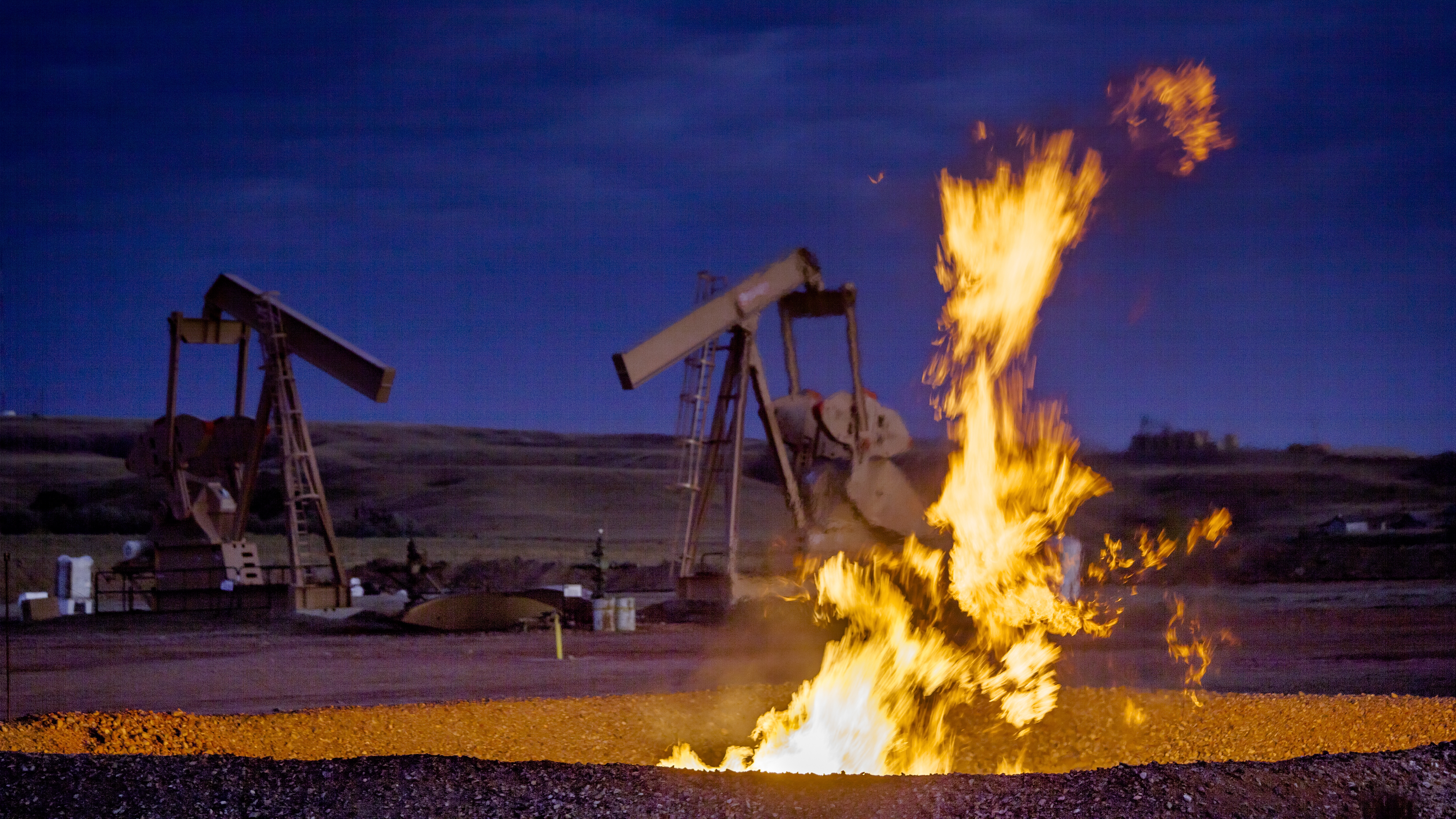 Oil and gas companies regularly use flaring (that is, burning unwanted methane) to limit the amount of natural gas escaping into the atmosphere, but the practice might not be as kind to the planet as previously thought. Scientists at the University of Michigan, Stanford and elsewhere have discovered that flaring is much less effective than the industry assumes, and puts out five times more methane (a strong greenhouse gas) than predicted.

Companies and governments act on the belief flares are always lit and burn off 98 percent of methane. However, aerial surveys of three US basins (where 80 percent of American flaring takes place) have revealed that the flares aren't lit up to 5 percent of the time, and operate inefficiently when they're active. In practice, the flaring efficiency is just 91 percent. That may not sound like a big dip, but it signifies that there's a large volume of unaccounted-for methane contributing to climate change.

There is an upside to the findings. Flaring's problems are “quite addressable” with better management, lead researcher Genevieve Plant said, and a solution would offer an equivalent emissions reduction to removing 3 million cars. To put it another way, this could be one of the easiest ways to keep methane in check and limit global warming. The challenge is to have companies and governments work in harmony — that's not guaranteed, even if the fix is relatively straightforward.