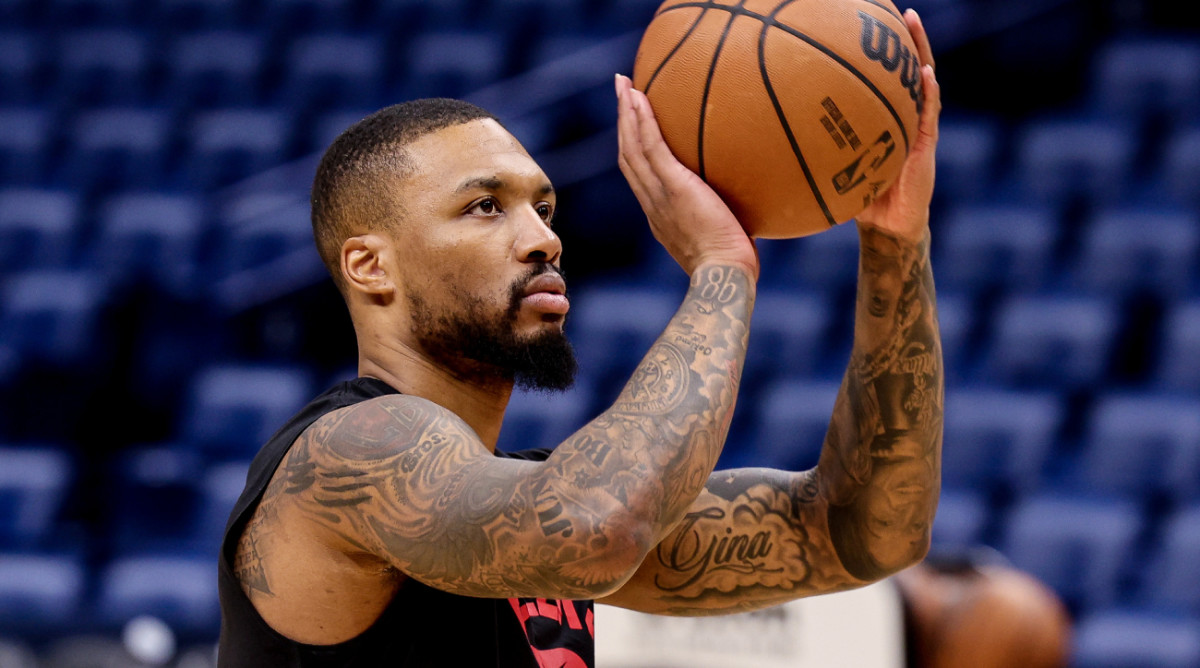 For years, NBA fans have both marveled at and questioned Damian Lillard’s loyalty to the Trailblazers due to the team’s inability to build a championship contending roster in a tough Western Conference.

The six-time All-Star has shirked every potential path to a new team since arriving in Portland as the sixth pick in the 2012 draft, and he recently doubled down on his long-standing commitment with a two-year extension worth close to $122 million. The deal came nearly a year after rumors of Lillard’s interest in playing elsewhere emerged following a first-round playoff loss to a depleted Nuggets team, only for him to (once again) slam the door shut and end talks of a possible exit.

Ahead of his 11th NBA season, the 32-year-old Lillard with Chris Haynes of Yahoo Sports about one of the key reasons behind why he’s stayed in Portland: the opportunity to pass Hall of Fame guard and Blazers great Clyde Drexler as the franchise’s all-time leading scorer.

“This feat would mean a lot to me,” Lillard told Haynes. “Just the respect I have for the organization and for Clyde and how great of a player he was. I think it shows just how productive I’ve been throughout my career. It would truly be an honor.”

Lillard, who has scored 17,510 points in his career, would need to score 531 points to pass the 18,040-point mark Drexler set during his 12 years with the Blazers. Drexler, of course, did not finish his career in Portland after requesting a trade in 1995, ultimately landing with Hakeem Olajuwon and the Rockets where he won his only NBA title.

Haynes reported Drexler has shared advice with Lillard over the years; both players were also selected to the NBA’s 75th Anniversary team earlier this year. Lillard said Drexler has encouraged him to stay with the Blazers during their conversations.

“Clyde wanted to see me win in Portland,” Lillard shared. “But he told me to do what I had to do to be happy. He also said, ‘Hold the organization accountable.’ And at that time, I was thinking I would hate to come this close and miss out on that opportunity to pass Drexler if I was to leave. I mean, I’m right there. I definitely thought about it, but I never really believed I would be leaving Portland. It ended up all working out.”

With a career scoring average of 24.6 points per game, Lillard could achieve the milestone accomplishment in roughly 22 games if he maintains that pace.

The 2022–23 season figures to be a return to form for Lillard after he was limited to 29 games last season due to an abdominal injury. For his career, he has averaged 24.6 points, 6.6 assists and 4.2 rebounds per game.

Qatar makes history as earliest host country to get eliminated