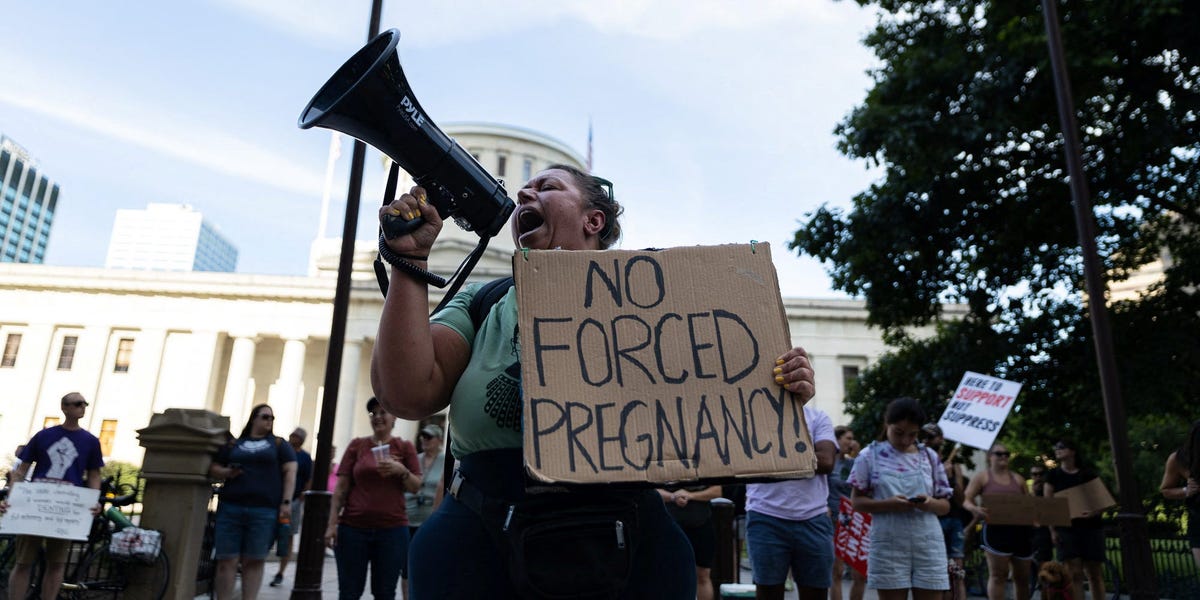 The documents were filed against the state by a coalition of organizations, including the ACLU, Planned Parenthood, and women's centers. It details how numerous women have threatened to end their lives due to the state's strict ban on abortion after six weeks.

They are part of a case against Ohio to challenge its abortion ban. As a result, a judge has ruled to block the ban temporarily.

In July, headlines focused on a story of a 10-year-old girl who was raped and subsequently forced to leave the state of Ohio to obtain an abortion. The documents show that she has not been the only minor to face this predicament.

Attesting within the complaint, Aeran Trick, operations manager of Women's Med Center of Dayton, spoke about a case of a 16-year-old girl living in southwestern Ohio, who had become pregnant after being sexually assaulted by a family member, and was forced to travel to Indianapolis to receive an abortion.

She said, “I am concerned that Ohio's ban and the need to travel increasingly far distances to obtain abortion care not only cause unimaginable harm to these young victims but could also hamper law enforcement's ability to investigate and prosecute these cases in the future.”

Police investigating the assault allegations also had to drive to Indianapolis to collect tissue for crime lab testing, said Trick.

Local news outlet Ohio Capital Journal reported that Dr. Adarsh Krishen also attested to a similar case of a minor forced out of state after being allegedly assaulted by a family member and becoming pregnant.

The court documents also highlighted the case cited of an Ohio woman with Stage 3 melanoma cancer, who was denied necessary treatment by her physicians until she received an abortion.

The document reads, “When the patient learned she could not receive an abortion in Ohio, she broke down and cried while multiple staff members…attempted to console her.”

Another case told of a homeless woman becoming “so overwhelmed that crisis intervention was required because she did not see how she would be able to travel out of state.”

To avoid having to travel for an abortion, some are resorting to dangerous and potentially life-threatening termination methods, such as drinking bleach and overdosing on vitamin C, the documents s

In a statement, Meagan Burrows, staff attorney at the ACLU Reproductive Freedom Project, said: “The chaos and confusion from pushing reproductive health care out of reach has been devastating.

Some people have been able to spend hundreds or even thousands of dollars to travel out of state for care, but countless more have been forced to carry pregnancies against their will and suffer from all of the life-altering health impacts that come with forced childbirth.

“This is about controlling the decisions of women and those who can become pregnant, but we won't let politicians attack our access to lifesaving health care without a fight.”