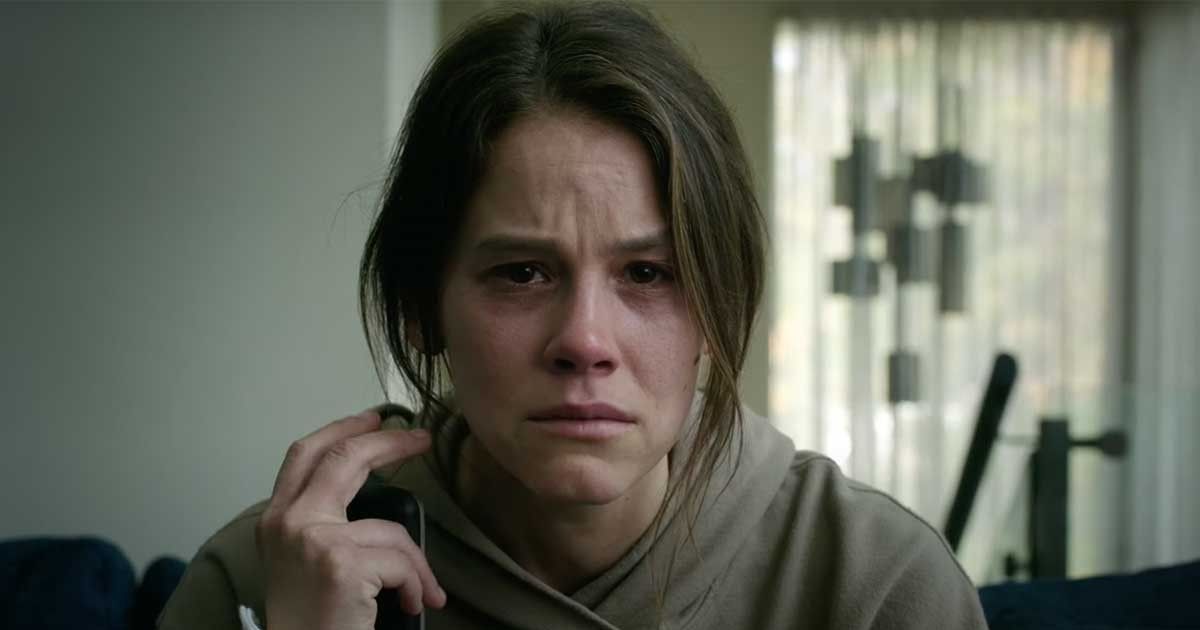 With well-executed jump scares and a promise of grotesque horror, Parker Finn's Smile has had horror fans abuzz since the first trailer premiered in June.

Sosie Bacon stars as Dr. Rose Cotter, a dedicated clinical psychiatrist who encounters a patient that claims she's being stalked by a malevolent, grinning entity. When the patient violently takes her own life right in front of Rose, the dedicated doctor soon finds herself reckoning with horrifying visions of her own.

Bacon, who marks her first lead role in a feature film with Smile, told Bloody Disgusting that starring in a horror film was a physically demanding, “very intense” experience.

“I was throwing myself all over that place. There was a lot of throwing myself. It was definitely a lot of bruises and then a lot of shallow breathing,” Bacon said, sharing that it was funny to see how that translated to the big screen. “It was physical being scared for that long because it's sustained. That's really hard on your body, I think.”

The actress, 30, said that although her Smile role was challenging, it gave her a new appreciation for those who create horror. “…It's hard physically and emotionally. You have to be in a really dark place for a long time. It's hard to kind of pull yourself out of it.”

“So yes, mad respect for everyone,” she added.

Though her Smile role may have been both physically and mentally demanding, Bacon says that she “learned a lot” on set.

“I didn't do everything as well as some of the people that I've worked with, you know what I mean? And that's okay. I think that they probably had to learn that themselves, too…I think that I learned a lot. It was definitely trial by fire. This is a very intense to also take on the leadership position that you need to hold, so I'll do things differently next time and also take a lot of stuff with me that did work,” she told Collider.

While the actress may feel like she still has a lot to learn, her co-stars Kyle Gallner and Jessie T. Usher had nothing but good things to say about their leading lady's performance and professionalism.

“It's also extremely hard to do so,” he added.

Gallner chimed in with additional praise, explaining how Bacon was always well-prepared when she arrived on set, and he says all that preparation paid off.

“…A film like this that is so intense, it's like running a marathon. To be able to hold that together and keep everything moving as well as Sosie did, especially for your first film, it was incredibly impressive.”

Russia rejects pullout from Ukraine as condition for talks