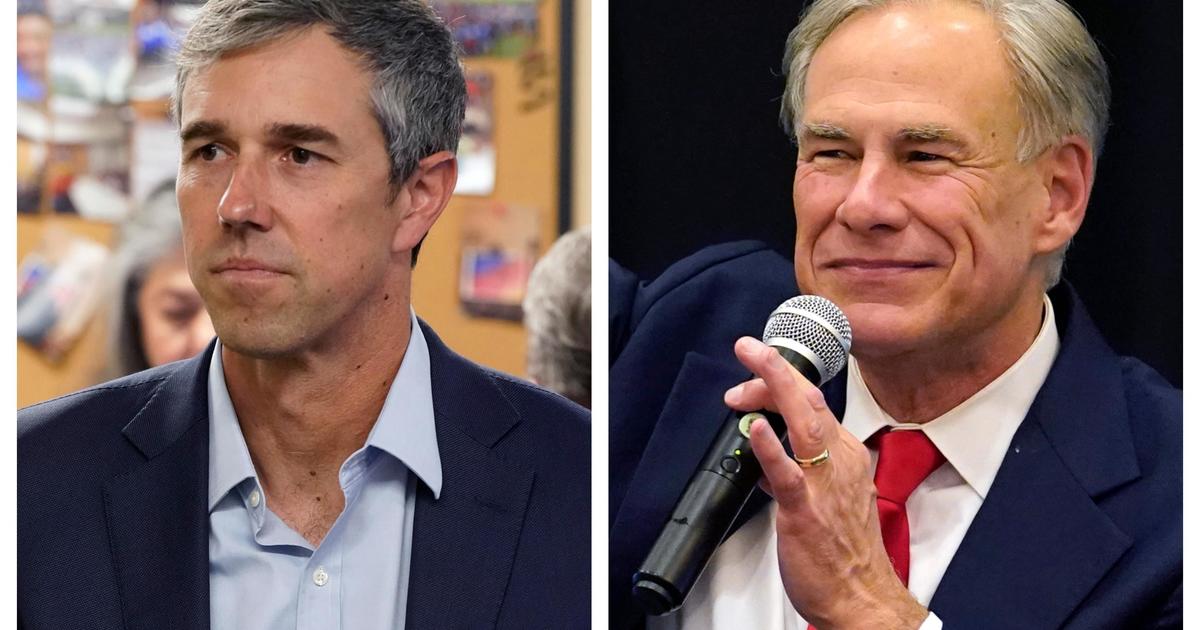 Guns. Abortion. . Texas' closely-watched gubernatorial race hit the final stretch Friday night at the first — and likely only — debate between incumbent Republican Gov. Greg Abbottand Democratic challenger Beto O'Rourkeas the candidates sparred on some of the biggest issues facing votes in the state.

While recent polls have shown O'Rourke trailing Abbott by around 7 points, this still could be the closest Texas governor's race in years. Abbott won in 2014 by over 20 points, and in 2018 by over 13 points.

In the one-hour debate, Abbott was asked about his comments at that press conference the day after the Uvalde shooting, which left 19 students and two teachers dead. In those comments, he said the shooting “could have been worse,” and he praised the law enforcement response. Since then, leaked video from the shooting has shown that officers waited in the hallway for 73 minutes to enter, and, at times, the screams of children could be heard.

A report from a special legislative committee found that 376 officers responded to the shooting, and the delay in confronting the gunman was the result of “systemic failures and egregiously poor decision making.”

Abbott has since said he was “misled” by “everyone in that room that provided me with the information about what law enforcement did.”

“What that comment was based upon was information by law enforcement about all the children in all the other classrooms that they evacuated during the time the shooter was on the campus,” Abbott said. “What they did not tell me at the time, however, was that there were dozens, if not more, of other law enforcement that were hanging around in the hallway for over an hour without engaging in the Columbine protocol, and going in and immediately removing that shooter, which is what they were supposed to do. And because they failed to do that, there does need to be accountability, not just for Peter Arredondobut also for local law enforcement.”

O'Rourke, meanwhile, has countered that there needs to be accountability for Abbott, and has called for him to convene a special session of the state legislature to enact stricter gun laws. Abbott has said those laws would be challenged in court as unconstitutional.

O'Rourke garnered national headlines in 2019 when, while running for president, he said at a debate “hell yes, we are going to take your AR-15s.” He has appeared to walk back those statements, and on Friday, he said he was “for making sure we make progress.”

“Those families I was just with from Uvalde want us to take action,” O'Rourke said. “This is the common ground. I've listened to Republicans and Democrats alike on this – we can agree on this much: Raise the age to 21, red flag law and universal background check.”

Friday's debate was hosted by Nexstar and held at the University of Texas Rio Grande Valley in Edinburg, a crucial region for both candidates. There was no audience. Given the location, it was not surprising that immigration was the first question in the debate. Abbott has tried to keep immigration front and center in this race, as he has garnered national headlines for busing migrants to Washington, D.C., New York and Chicago. While the busing has drawn some criticism nationally – especially from Democrats – a UT/Texas Politics Project poll from September found that 80% of Texas Republicans, and 52% of state voters overall, supported the program.

Abbott defended the program on Friday night, and said that New York City Mayor Eric Adams never reached out to his office, although Adams has said that he has. O'Rourke called the busing a “political stunt.”

O'Rourke slammed Abbott's “Operation Lone Star,” which has involved deploying the National Guard to patrol the border, and has cost the state $4 billion. Abbott touted the program, although he said that, ideally, he would spend “zero dollars” on Operation Lone Star, and blamed President Joe Biden's immigration policies.

O'Rourke, who is from El Paso, has not shied away from discussing immigration, but he has tried to center the race on abortion, gun laws, and the 2021 blackout.

In 2021, before the Supreme Court overturned Roe v. Wade, Abbott signed a law that banned abortion after six weeks, with no exceptions for rape or incest. After the Supreme Court decision, a trigger law banning abortion went into effect.

Abbott has said the state would provide Plan B for victims of rape or incest, which he doubled down on on Friday night, saying Plan B should be “readily available” for them. But advocates told the Texas Tribune earlier this month that Plan B often isn't widely available, with one calling it “fairy tale thinking.”

O'Rourke said Friday that this election is a referendum on “reproductive freedom,” and he told Texans that “if you care about that, you need to come out and vote.” 52% of likely voters said they would change Texas' abortion laws to make the procedure more accessible, according to a Texas Hispanic Policy Foundation/KVUE poll.

Abbott, when asked if he has moved further to the right since taking office, said he never personally supported abortion.

“Let's look at the issues you brought up,” Abbott said. “And that is as, for one, as a Catholic, my wife and I have been pro-life our entire lives. So much so, that it became even stronger when we adopted our daughter. On the day she was born, I was the very first person to hold her after she was born. And I've seen firsthand the power that adoption can have.”

O'Rourke, meanwhile, was asked about his recent unsuccessful runs for Senate in 2018 and president in 2020and whether he is running out of a call for public service or personal ambition. O'Rourke answered that it's an “honor” to “have the opportunity to serve others.”

This is the only debate Abbott has agreed to, while O'Rourke has accepted several other invitations. Ahead of the debate, O'Rourke accused Abbott of nixing the live audience, although Abbott's campaign told the Houston Chronicle that the debate conditions had been agreed upon beforehand – without an audience.

Early voting in the state begins on Oct. 24. In September 2021the GOP-led legislature passed an election bill that cut down on early voting hours and instituted new ID requirements for mail-in ballots. This last change in particular led to a higher ballot rejection rate in the March primary elections, with more than 24,000 votes that went uncounted.