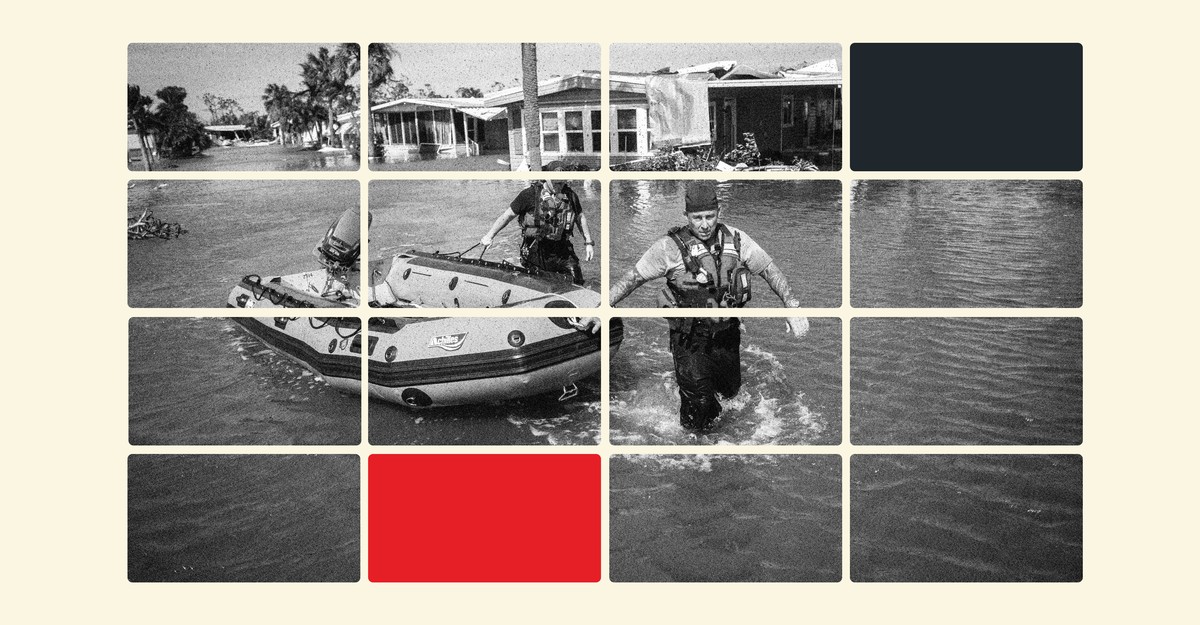 This week, Ian slammed into southwestern Florida as a Category 4 (almost 5) hurricane. The state is still very much in the process of assessing the damage: Emergency teams have rescued hundreds of stranded people, while some 1.9 million people remain without power. Officials have identified as many as 21 dead, and that number may still rise.

Ahead of the storm’s landfall, Florida officials ordered the evacuation of about 2.5 million people. Xilei Zhao, an evacuations researcher, was not one of them. Zhao lives farther north, in Gainesville, which ended up being spared the storm’s worst. There, in her role as a professor in the Department of Civil and Coastal Engineering at the University of Florida, she studies and models people’s behavior during disasters.

I caught up with Zhao by phone to discuss Hurricane Ian and how the science of evacuations is responding to the threat of bigger storms and wildfires.

Our conversation has been edited and condensed for clarity.

Caroline Mimbs Nyce: For starters, how are things in Gainesville?

Xilei Zhao: To be honest, there’s nothing happening here in Gainesville. We didn’t even get much rain over here.

In the beginning, it seemed like the hurricane would go through Tampa, even Tallahassee. Florida State University had already canceled all classes since Tuesday.

However, the hurricane hit Fort Myers and Naples, which are farther south. I think that’s very unfortunate. People in that area were not well prepared, because of the initial forecasting of the hurricane’s trajectory. People in Tampa were the first ordered to evacuate, but the landfall was actually in the Fort Myers region.

Kelli María Korducki: What makes Ian different from other hurricanes

Nyce: What was it like for you to see the evacuation orders go out for 2.5 million people?

Zhao: I mean, I think that’s tremendous. The Tampa people had more time. They received the orders earlier. There was definitely a lot of congestion going on. The Florida Department of Transportation actually also opened the shoulder lane from Tampa to Orlando.

Nyce: How much time do people normally need to evacuate?

Zhao: It depends. It depends on how many people are getting on the road within what time frame. When several million people get on the road around the same time, it’s very hard to get all of them out in a timely fashion.

Nyce: Talk to me a little bit about what a successful disaster evacuation looks like—to avoid traffic jams and get everyone out safely.

Zhao: This is a very big and complicated topic. A lot depends on how orders and warnings are issued based on the forecasting of the hurricane trajectory, and the preparedness of the community. In super-prepared communities, as soon as they hear the orders, they will leave immediately, and everyone will work together.

I read that some people in Tampa were ordered to evacuate but couldn’t afford it, which is very unfortunate. One family thought that if all of them evacuated, they’d need to spend at least $1,000 per day. They just don’t have the money to evacuate.

Nyce: Are there things that we could do to better help communities like that get out in time?

Zhao: Definitely. For example, I saw a lot of shelters were open during evacuation. They are providing the resources needed for those folks that don’t know where to go or can’t afford hotels. Elderly people, especially people who have mobility impairment, may rely on public transit or paratransit assistance during evacuations.

Nyce: Do you think Florida and that southwest region were pretty well prepared for a storm like this?

Zhao: I think so. Everyone knows there is a high risk; we are going to get major hurricanes sooner or later. So a lot of cities and counties, they have their evacuation plans, they have their zones, and they also have training, perhaps every year. And they have a lot of protocols in place. If I remember correctly, Jacksonville has one of the best preparedness plans for things like this.

As you know, I’m working on wildfire evacuations. I saw Sonoma County is learning directly from Jacksonville to develop its wildfire-evacuation plan.

Nyce: I know with wildfires, they talk about the time it takes to persuade someone to evacuate and the time of notification. Is it the same with hurricanes, where you have to convince someone that it’s really happening and they need to go now?

Zhao: The research on this area is actually happening first in hurricanes. Because with a hurricane, you don’t see any environmental cues. It’s just people telling you that the hurricane is coming. So some people have doubts.

One interesting point that I want to study is about the new residents. In the past several years, so many people have moved to Florida. Many of them have never experienced hurricanes before. So this would be the first major event that impacts them. They are going to make decisions differently than the residents in the state who have a lot of experience.

Nyce: If it’s their first time, could they maybe be slower to jump on it? Is that what you would suspect?

Zhao: Yeah, I think so. Previous research showed that people who have shorter lengths of residency in Florida—those without prior hurricane experience—have more doubt. So that may delay their decision-making process. But other research also found that more experienced people, because they have had false alarms in the past, may have more doubt. So it’s hard to say.

One thing I want to add, in terms of the evacuations: Yesterday morning, I saw news channels saying, “It’s too late to evacuate now. Just stay sheltered. Stay safe inside,” or something like that. So it seems like at least some people were trying to evacuate yesterday morning. So there was definitely some delayed evacuation happening during that time frame. But we just don’t know all that much yet.

Zhao: A lot of senior people live over there in Fort Myers and Naples. Did they get out quickly and successfully? How can they recover from significant damage? Especially those folks who have limited ability or who are disabled. It worries me a lot.

They need medicine. They need mobility assistance. They are relying on, for example, the paratransit system. How can the federal government or state government help them quickly? We’ve seen so much damage over the years that transit or electricity may not come back quickly. How can people survive a long recovery period? It’s very worrisome.

Nyce: I know this is one of your specialties: How might we use big data to better prepare for something like Hurricane Ian?

Zhao: In the past, when we were trying to understand people’s evacuation behavior, we usually used surveys. We’d survey people and get a couple hundred responses to build some models. However, there are a lot of things we don’t know with the surveys.

With GPS data generated from apps, cellphones, or smartwatches, we can know how people are making decisions on a highly granular level. We know not only when they make the decision to leave and where they go, but when they come back. We also will be able to analyze people’s activity levels in those regions to essentially help us approximate the economic recovery after a disaster.

Nyce: How have data changed our perception of how people evacuate?

Zhao: I personally haven’t done any GPS-data analysis for hurricanes yet—I mainly work on GPS-data analytics for wildfires. But in the past, we always assumed people take the shortest path to their destination. However, the GPS data suggests that a lot of people are choosing local roads to try to avoid congestion.

Zhao: We are also seeing something called self-evacuees or shadow evacuees—essentially, the people who are not ordered to evacuate but evacuate anyway. That’s considered bad, especially for hurricane evacuations, because if you are on the road, you are contributing to more congestion.

Nyce: Is there anything else big-picture you’re thinking about in light of Hurricane Ian? Like, in terms of the next 10 years?

With technologies like 5G, cloud computing, and edge computing in place, we should be able to achieve a digital twin of the physical—at least the physical infrastructure—of the entire state, so that we can make better decisions in emergencies like this.

Nyce: So it’s sort of like the metaverse, but for evacuations?

Nyce: It must be an interesting time to be in your field right now. Does it feel like, in general, evacuations are becoming more common because of the way climate change is potentially making hurricanes and fires bigger?

Read: Honestly? The link between climate change and hurricanes is complicated

It’s similar to the wildfire situation. A lot of people are moving to the wildland-urban interface, which has a higher risk of wildfires. So many people are moving into these vulnerable high-risk areas that evacuation becomes much more challenging. We need more study and more research in this area to help us understand what’s a better way to evacuate, especially while facing more severe storms and more frequent wildfires in the country.