We Must Reject Russia’s Nuclear Blackmail 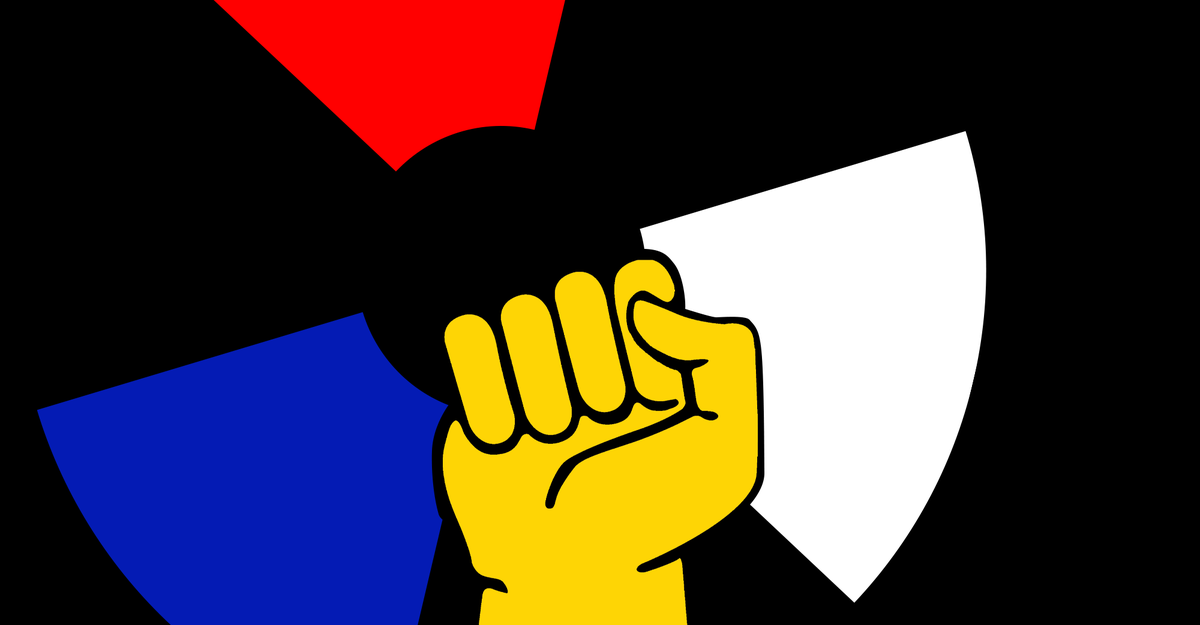 It is not often that criminals declare the date and place of the future crime. Only the boldest crooks behave that way. Earlier today, though, Russia followed through on its publicly announced intention to close on its neighbor’s property. At an event in the Kremlin, it declared that it had annexed the Russian-occupied territories of Ukraine.

If the world fails to react, evil will prevail. Brute force will override the rule of law. The rules-based world order is crumbling, and we have to act to prevent it from collapsing.

Yesterday, the Russians held fake referenda in sovereign territories of Ukraine. Tomorrow, they can do it elsewhere. Russia has weaponized its diasporas, its language, and its culture itself, using them to attack the integrity and sovereignty of its neighbors.

What’s more, Russia has started threatening Ukraine with nuclear strikes, to intimidate us into giving up the fight for our people and our land. The Russians now realize that they are losing the war they started. That’s why they are resorting to annexation and nuclear blackmail.

From the July/August 2022 issue: We have no nuclear strategy

We know they are not bluffing. But we are not afraid. Nothing can scare us anymore. Ukrainians have seen large cities reduced to ruins. We’ve absorbed many forms of conventional and some forms of unconventional enemy fire. We’ve survived all kinds of torture. We’ve discovered mass graves everywhere the Russians put their boots. For us, this war is an existential fight, and we have no choice but to go on.

Our intelligence agencies assess the threat of Russia’s tactical nuclear-weapons use as “very high.” And Russia’s willingness to make nuclear threats presents a crisis not just for Ukraine, but for every country on Earth. The response to Russia’s nuclear blackmail must be fierce and unequivocal, rejecting the very idea of ​making concessions to a nuclear aggressor. Otherwise, every ambitious dictator will scramble to obtain nuclear weapons, and every responsible nonnuclear nation will seek to acquire nuclear weapons for self-defense. Nonproliferation agreements will be worthless. Nuclear wars, with their millions of casualties, will follow.

To leash an aggressor, you must be determined. Sixty years ago, during the Cuban missile crisis, President John F. Kennedy convinced the Soviets that America would respond with the full force at its disposal. Today, we must display a similar degree of resolve. We need to convince Russia that it won’t get away with its annexations, and that it must cease its nuclear blackmail. Otherwise, the world will have to punish Russia sometime later, after the worst has already happened. Preventing a disease is always easier than dealing with its aftermath.

There are concrete steps that Ukraine’s allies could take today to signal their resolve. Earlier this month, I co-wrote a report with Anders Fogh Rasmussen, the former secretary-general of NATO, offering a set of recommendations based on our consultations with an international group of experts.

We called for the creation of a Kyiv Security Compact—a strategic partnership that unites Ukraine and a set of guarantor states. The principle is simple: Ukraine’s security relies primarily on its ability to defend itself. To do this effectively, Ukraine needs long-term contributions from its allies. Previous guarantees given to Ukraine were not worth the paper they were written on. The Kyiv Security Compact would be different. It focuses on providing practical, material support to enhance Ukraine’s defensive capabilities.

A core group of Ukraine’s allies, with significant military capabilities, would make a set of commitments that are both politically and legally binding. Alongside these commitments of military support, a broader group of international partners would offer a set of nonmilitary guarantees based on sanctions. These recommendations are not a substitute for Ukraine’s ambition to join NATO. But joining NATO will take time, and we need guarantees to protect Ukraine now.

The Kyiv Security Compact would make clear to Russia that the cost of its aggression will continue to mount, until it becomes too high for it to bear. Helping Ukraine defend itself, survive, and ultimately prevail is the best investment our allies can make to secure a safer future for the whole world.