With the Pixel 7, ‘Pixel phone’ finally means something more than Android enthusiasm 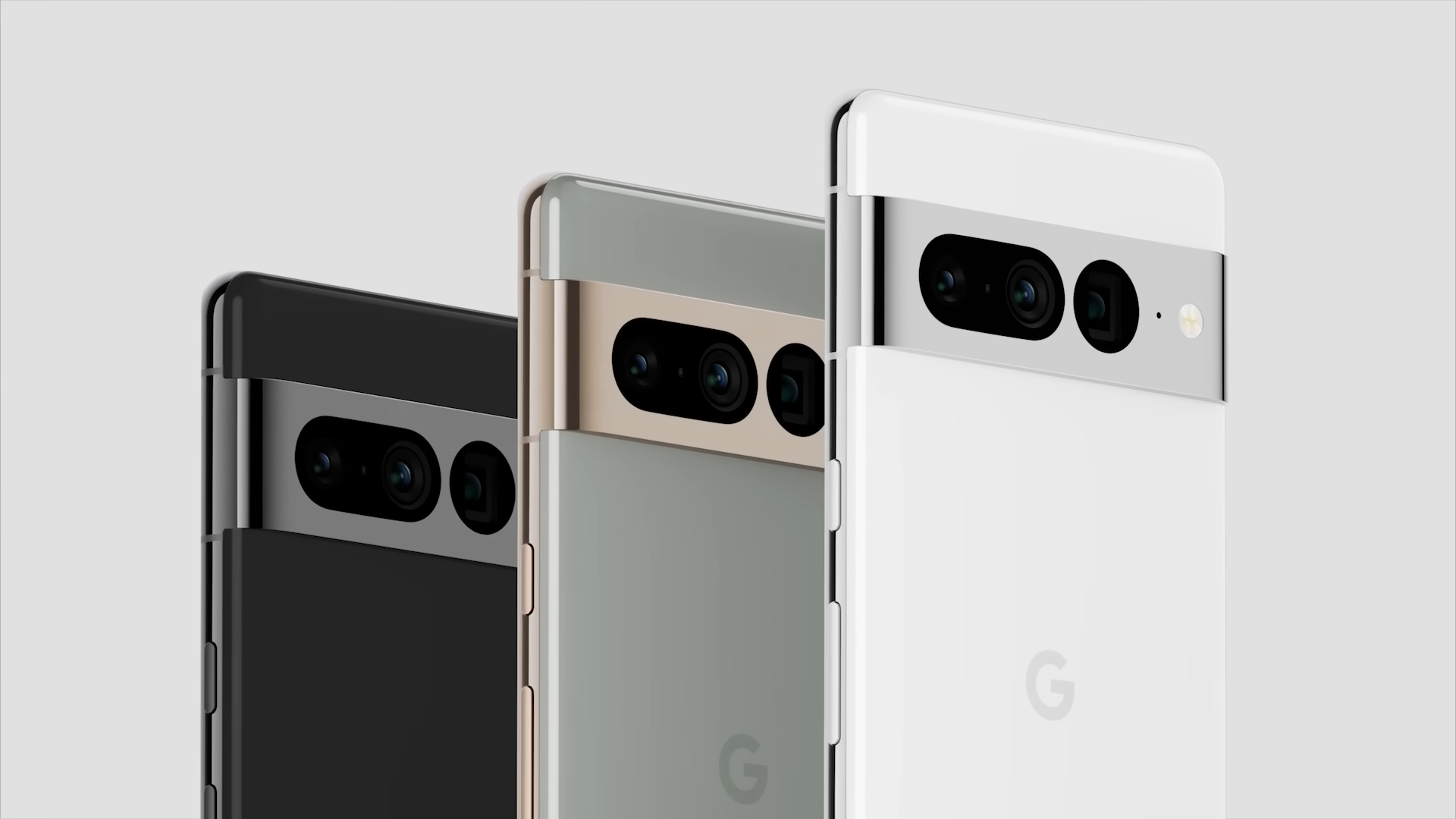 The Pixel 7's launch event is just one week away, and the expectations around this phone couldn't be higher. No matter how much we learn before the event — including from Google itself — it seems obvious the Pixel 7 is destined to mark itself as one of the best Android phones around. Despite this, it still feels like the Pixel brand struggles to carve out an identity for itself, even after over half a decade of releases. It's a problem that has likely plagued sales numbers for the series, too — after all, we know most of the phones haven't been runaway successes. To that end, it's worth revisiting what each Pixel brought to the table, and how the Pixel 6 onward serves as a new beginning for the lineup.

Flash back to the fall of 2016, and Android is in a very different state. Samsung has finally upped its hardware game with the Galaxy S6 and its successor, though the Note 7 debacle is still fresh in the news. LG is convinced the G5's modular design will win over fans (it won't) and HTC is just a couple of months away from unveiling one of its worst phones to date. The Android market, it's safe to say, has seen better days.

Enter the first-generation Google Pixel. So much of the news cycle around this phone centered on declaring it an iPhone competitor, and it's hard not to see why. No matter what you think of the design of that first Pixel series, it's clear Google took some inspiration from Apple. The rounded edges, the large top and bottom bezels — if you added a physical home button below the screen, it'd look near-identical to the then-just-announced iPhone 7, especially to the untrained eye.

Google's premise with the first-gen Pixel was simple: if other Android manufacturers aren't going to step up to the plate to master Android hardware and software, someone had to try. Considering how positive reviews of the Pixel and Pixel XL were at the time, it's clear the company succeeded: solid — if imperfect — hardware, refreshed software built on basic Android with some exclusive features, and a fantastic camera system. This wasn't your average Nexus device, something loved by developers and enthusiasts but with little brand awareness outside of these communities. These were real phones that might convince regular people to drop a few hundred bucks —assuming they were on Verizon, of course.

A year later, the Pixel 2 series built on the groundwork laid by its predecessor, though some design and display issues deflated the hype surrounding both phones. Unfortunately, it was around this time that the competition — namely Samsung — managed to catch up. The Galaxy S8 and S9 didn't just step forward in terms of hardware; they represented a significant leap in software quality. Through Samsung Experience, the company scaled back its bloat, aiming for something more in line with basic Android but with some excellent quality of life touches. Although that skin would only last for a couple of years before transforming into One UI, it was a massive step forward.

Meanwhile, Google got lost in the woods. The Pixel 3 was an odd misfire, with the smaller model copying the design of the Pixel 2 XL a generation too late, while the larger variant used the weirdest notch we've ever seen. A divisive design, poor (and mandatory) gesture system, and continued Verizon exclusivity basically sunk this phone's chances, even if it came to other carriers in the spring of 2019.

Things didn't get much better from there. The Pixel 4 and 4 XL adopted Motion Sense and a Face ID competitor, neither of which worked without flaws. Combined with poor battery life on the smaller model, the Pixel 4 series could never escape its middling reputation. Even our review — as relatively positive as it was — didn't outright tell readers to pick one up. The Pixel 5 was even weirder, dropping all gimmicks for a smartphone that got all the basics right but with a price tag that didn't align with its specs. That phone felt like it was treading water — which, as it turns out, it was. Google held back any design overhaul for its Tensor chip to be ready.

Throughout all of this, there was one aspect the company kept nailing: the camera. Year after year, Pixels represented some of the best in mobile photography. If you cared about pictures at all, that year's Pixel phone was often the device to get. Even as some of the competition managed to catch up, Google's smartphones continue to be the standard all other smartphones are measured against. If the fundamentals would just fall into place, future Pixels could easily become the best smartphones around.

And don't get me wrong. I'm not saying any of these phones are necessarily bad — if you loved them, in spite or even because of anything I called a flaw, more power to you. I have a lot of love in my heart for the Pixel series, even the ones I haven't personally owned. But it's clear that, following the early success of the lineup as an “iPhone rival,” Google struggled to fill that space. As it kept trying new ideas to stand out, Samsung's software and hardware slowly meshed into a much better experience, winning the hearts of most US-based Android users for good.

Of course, there's one constant throughout all of this mess I haven't mentioned: the Pixel a-series of mid-range phones. Perhaps unburdened by constant gimmicks and the lack of a “flagship” status, all four generations of Pixel a-series phones have been winners. Striking a balance between affordability and power has meant that any of Google's low-cost Android phones have been easy recommendations for years. More importantly, this success gave these mid-range models an identity.

The Pixel 6 offered a struggling franchise a soft reboot

So, on the eve of the Pixel 7 launch, what niche is Google carving for itself? All the answers to that question lie in Tensor. The first-gen SoC benchmarked well enough, competing directly against the then-current Snapdragon 888. Google built its architecture to be powerful enough to handle anything thrown at it, with two Cortex-X1 cores for tackling big tasks while using two older A76 cores for less power-hungry jobs. By all accounts, Tensor was a decent, albeit flawed, first attempt at custom silicon.

It's the rest of Tensor that I think is interesting, namely, the TPU or Tensor Processing Unit. Google uses this core to power nearly all of the machine learning and AI-based features you think of when you hear the word “Pixel.” Think of Live Captions, or Live Translate, both of which make language easier to comprehend or understand. Remember how impressive Google's upgraded voice typing was when we first saw it in action last year? It still feels that way compared to other smartphones. And let's not forget Google's continued focus on computational photography through tools like Motion Mode and Magic Eraser.

The software has evolved to match this strategy. Google's At a Glance widget only grows more powerful by the year, with reminders, appointments, camera alerts, and so much more. We've seen the always-present search widget become an essential way to find anything on your phone. Even Material You feels like an attempt to make personalization something that happens automatically in the background.

Put simply, a modern Pixel phone wants to do things for you, often before the thought has even crossed your mind, in a way no other smartphone can manage.

And hey, Google has finally nailed the design, too. The camera bar might be divisive (I like it; your mileage may vary), but it's immediately recognizable in a way that few modern gadgets are. The Pixel 6 and 6 Pro both feel like premium phones — perhaps one step below the best of Samsung, though undoubtedly impressive — and the Pixel 7 series looks to only step it up in this regard.

Put simply, a modern Pixel phone wants to do things for you, often before the thought has even crossed your mind, in a way no other smartphone can manage.

Good hardware, excellent software, and a chipset designed from the ground up to power all of its most impressive features. It's a winning strategy, at least when it comes to making good phones. Whether Google can convince consumers to drop Samsung and Apple for a Pixel remains to be seen (and frankly, the answer is “it probably can't”), but at the end of the day, it doesn't matter. Google has finally mastered the concept of what a Pixel-branded phone is. If it can fix those last few lingering Tensor issues — battery drain, poor networking performance, and a sluggish fingerprint sensor in particular — it'll have some real winners on its hands. With any luck, the Pixel 7 and 7 Pro might just fit the bill.