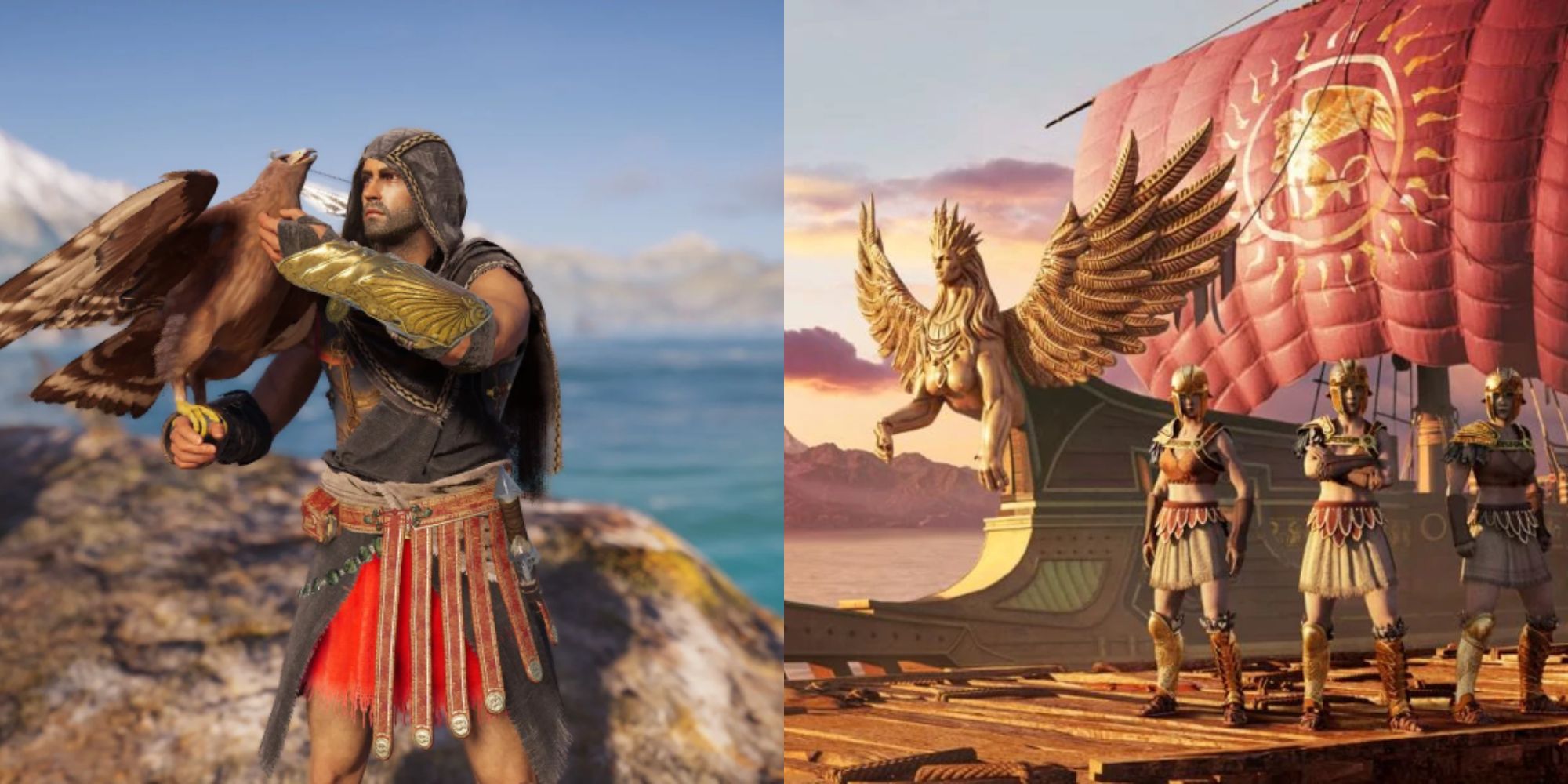 With the news of the upcoming Assassin's Creed Mirage and Assassin's Creed Redthe saga is more vital than ever in the gaming world. Known for its faithful recreation of some of history's most important periods, Assassin's Creed has explored everything from Victorian London to ancient Egypt.

Assassin's Creed Odysseywhich took place during the Peloponnesian War, came out in 2018, but fans keep finding new sides. Indeed, its world is expansive and engrossing, hiding new opportunities in every corner. And while some of these secrets are rather famous, others are known only to the most devoted players.

However, players can also dismantle said items to recover the raw materials, including obsidian glass and gemstones. They can also sell them for gold, with purple and blue items earning considerable amounts. Selling and dismantling armor and weapons is a perfect way to control the limited slots in the inventory while ensuring players always have a steady flow of crafting materials.

Make Full Use Of Ikaros

Odyssey is one of the best Assassin's Creed games thanks to its beautiful visuals, expansive world, and useful gameplay features. Among these is Ikaros, the loyal eagle that serves as the two main characters' eyes. Ikaros can aid in charting the territory, locating treasures and enemies, and identifying landmarks that might otherwise be easy to miss.

Players can reward the eagle's service by chatting with it, petting it, and even giving it snacks. These minor details increase the game's immersive quality by helping establish a bond between Kassandra/Alexios and Ikaros. Plus, rewarding a loyal companion for a job well done is always great.

Get The Most Out Of Mercenaries

Mercenaries are among the most consistent but easily-avoidable enemies in Assassin's Creed Odyssey. They will track players who commit crimes or are notoriously reckless, hunting them and starting fights wherever they find them. However, law-abiding players can avoid them altogether.

RELATED: Which Assassin's Creed Assassin Are You, Based On Your MBTI Type?

With so many enemies to fight, most players might want to avoid mercenaries, but that would be a mistake. These foes are excellent sources of experience and loot, offering worthy weapons and equipment. Their battles can be tough, and the higher-ups pack quite the punch, but the effort will be worth it.

Assassin's Creed Odyssey includes many beautiful locations. Players can visit them by either walking or sailing the seas with the Adrestia, the main character's mighty ship. The Adrestia is crucial to the story, and players shouldn't neglect it, especially by not upgrading it and its crew.

The ship also includes several aesthetic upgrades, including the figurehead. Some of these improvements are found across the land by looting shipwrecks, while others are rewards for defeating specific enemies like the Minotaur and Medusa. These figureheads will make the Adrestia look even better, adding a sense of pride to the ship and crew.

Naval battles return in Assassin's Creed Odyssey and play an important role in the overall story. Some fans might think these conflicts must be won only by suing the ship and ramming it into the enemies' vessels, but they are wrong. Kassandra/Alexios and their crew can also board the foes' ship, so long as the Adrestia is close enough.

Boarding the enemy's ship leads to a standard battle where taking out the captain will be the easiest way to win it. It's considerably easier than destroying the entire ship, making the naval battles quicker to finish but no less exciting.

Don't Always Engage In 1-On-1 Battle

Battling in Assassin's Creed Odyssey is versatile, hectic, and amazing. From one-on-one battles with mercenaries and wild animals to encounters with massive armies, the battles are among the best aspects of the already impressive game.

However, stealth is a crucial part of the franchise, and players shouldn't neglect it. Infiltrating enemy camps will always be easier via stealth, and gamers should use arrows and sneak attacks to deal with the multiple enemies at hand. Sharks at sea can be difficult to kill, but a few well-placed arrows will make the fight easier and might even end it before it even begins. One-on-one combat is great, but it's not always the way to go.

Use The Fire At Hand

Video games are infamous for their cool but impractical weapons and Assassin's Creed Odyssey is no exception. Fire blades and arrows are a favorite of players, but they can easily grow out of control and burn everything around them. However, their power in battle is undeniable.

However, fire arrows can be expensive to craft, and players can easily burn through them, especially during long battles. If there's fire around them — a brazier or campfire, for example — players can shoot through, and the arrow will catch fire. A torch is also usually available for players, and they can use it to light their arrows.

Like many other open-world games, Assassin's Creed Odyssey has a time system that alternates day and night. However, few players might know they can accelerate the game's time. All they must do is have their character meditate, and the time of day will change; day will become night and vice versa.

Stealth missions become easier to handle at night, especially when infiltrating heavily-secured places like leaders' houses or enemy camps. The early hours are also perfect for exploring because the roads have fewer soldiers and passersby. Last but not least, some of the game's best locations look stunning at night, and players won't want to miss the view.

Evie Frye is one of the best characters in Assassin's Creed Syndicate. As one of the possible playable characters, Evie is crucial to the storyline, and her wide range of abilities and spirited personality made her the preferred choice of many players.

The assassin returns as a DLC in Assassin's Creed Odysseyalthough getting her is no easy task. Players must earn the Master Assassin badge, which involves earning at least 7500 XP. Evie becomes available from the Ubisoft Club at no extra cost; however, most players can miss her if they are not constantly looking for DLC content. Furthermore, even if they do get her along with another DLC, Evie becomes part of the ship's crew, meaning some gamers might still not acknowledge her presence.

Assassin's Creed Odyssey‘s massive map can be daunting to explore. The mere prospect of it implies hours of dedication, neglecting the main storyline and quests to embrace the chaos of an open-world game. Every cave, corner, and ruin in Odyssey‘s Ancient Greece hides a secret waiting to be discovered, and it's up to players to do it. The ocean's depths also hide unexpected treasures, and players should take the time to search for them.

However, few will do, and understandably so. The sheer size of the map is too much for some, especially because it seems endless. Side quests breed side quests and can easily become a rabbit hole for players. Unsurprisingly, many of the game's deepest secrets remain, for few gamers will spend hours unlocking them.

NEXT: 10 Tips For Defeating The Cyclops In Assassin's Creed Odyssey