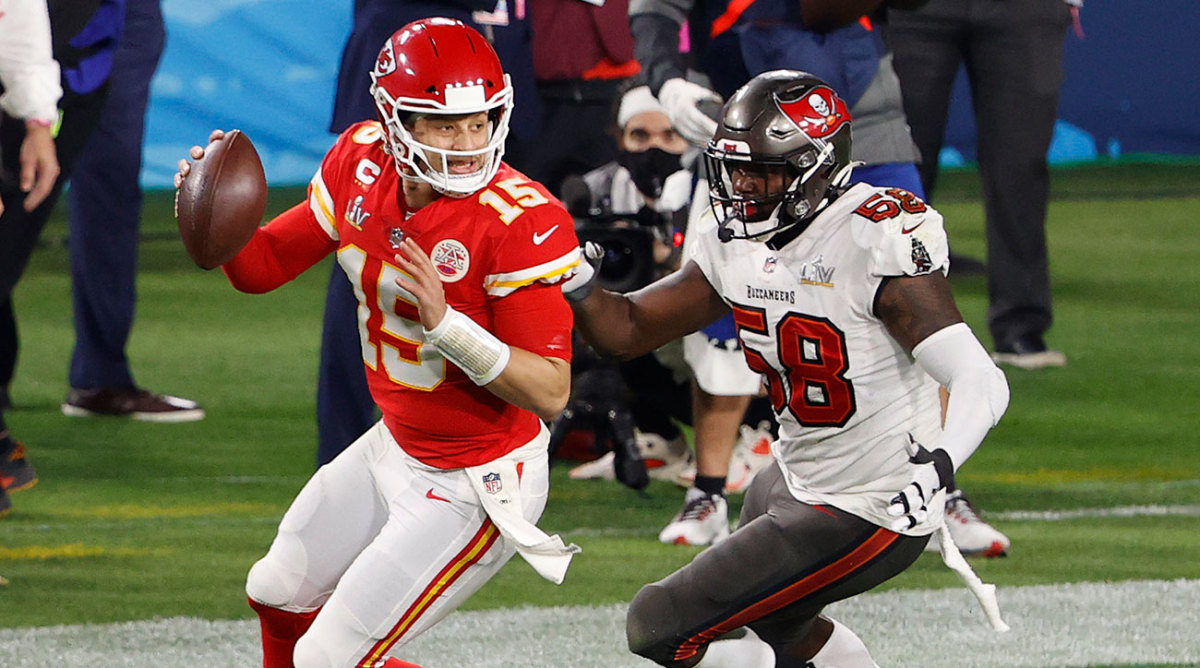 Good morning! NFL Sunday begins bright and early this week as the first of the three London games this season kicks off across the pond.

So if you’re reading this before the Vikings-Saints game begins: Wake up, make some coffee, set your lineups and get ready for a full day of football! There’s important injury news you need to know before the games begin, so let’s get to it.

Who’s In, Out and Still Questionable

This week’s injury reports struck fear into plenty of managers who picked at the top of their drafts.

Colts running back Jonathan Taylor (toe) missed his first practice since at least before his high school playing days but he is not on the injury report for the team’s AFC South bout with the Titans. Christian McCaffrey (thigh), who’s missed more than his fair share of games over the last few seasons, is expected to play as well but the same can’t be said for some of their fellow top-tier running backs.

There’s also a handful of quarterbacks and receivers who were questionable earlier this week and have since been ruled out. Keep reading to find out where your players stand and update your lineups accordingly.

Jameis Winston, Saints: OUT (back)

A beat up Saints team is in a tough spot in London against the Vikings, who will have running back Dalvin Cook available while plenty of New Orleans’ skill position players are playing injured or out. The London game will be concluding right around the time the 1 p.m. games begin, and the slate only gets better as the day goes on.

Jaguars-Eagles pits one of the AFC’s biggest surprises against the league’s last remaining undefeated team in a Doug Pederson revenge game, the Bills and Ravens face off with all eyes on two early MVP candidates and Zach Wilson makes his return to the field in Jets-Steelers. Finally, Chiefs-Buccaneers wraps things up in a primetime Super Bowl LV rematch.

There’s plenty of good football all day long for your viewing pleasure, and our writers came together to make their best bets for SI Sportsbook’s “Perfect 10” contest.

Bettors make 10 selections against the spread (ATS) for a chance at a $10,000 prize. And if you get six picks correct, you’ll be rewarded with free picks! Head over to sisportsbook.com to join the fun and find all the latest lines, game totals and player props.

And speaking of props, Jen Piacenti outlined seven that she likes this week, including two that feature Colts stud receiver Michael Pittman Jr.

It’s vital to put out the most optimal starting lineup possible each week, and it’s also one of the most challenging aspects of fantasy football.

Be sure to visit the @SINow and @SI_Fantasy Twitter accounts at noon ET for the “Winners Club: By SI Sportsbook” Spaces to hear our experts break down today’s games and answer your questions. Also at noon, I’ll be doing a Twitter takeover on the @SI_Fantasy account to answer your most pressing start/sit dilemmas.

Week 4 NFL DFS Picks: Find out which players are worth spending up for and which bargain deals you can find to fill out the best possible lineup. This week is the week of the backup running back with Jamaal Williams and Khalil Herbert among the best possible plays.

Biggest NBA Training Camp Takeaways: The start of the season is quickly approaching with preseason action about to ramp up. From Anthony Davis to Ben Simmons, check out the highlights from the first week of training camp.

Thanks for reading! As always, best of luck in your fantasy football matchups and I hope all of your bets hit. I’ll talk to you again Tuesday.