Why Little Nicky Is Adam Sandler’s Most Creative Movie 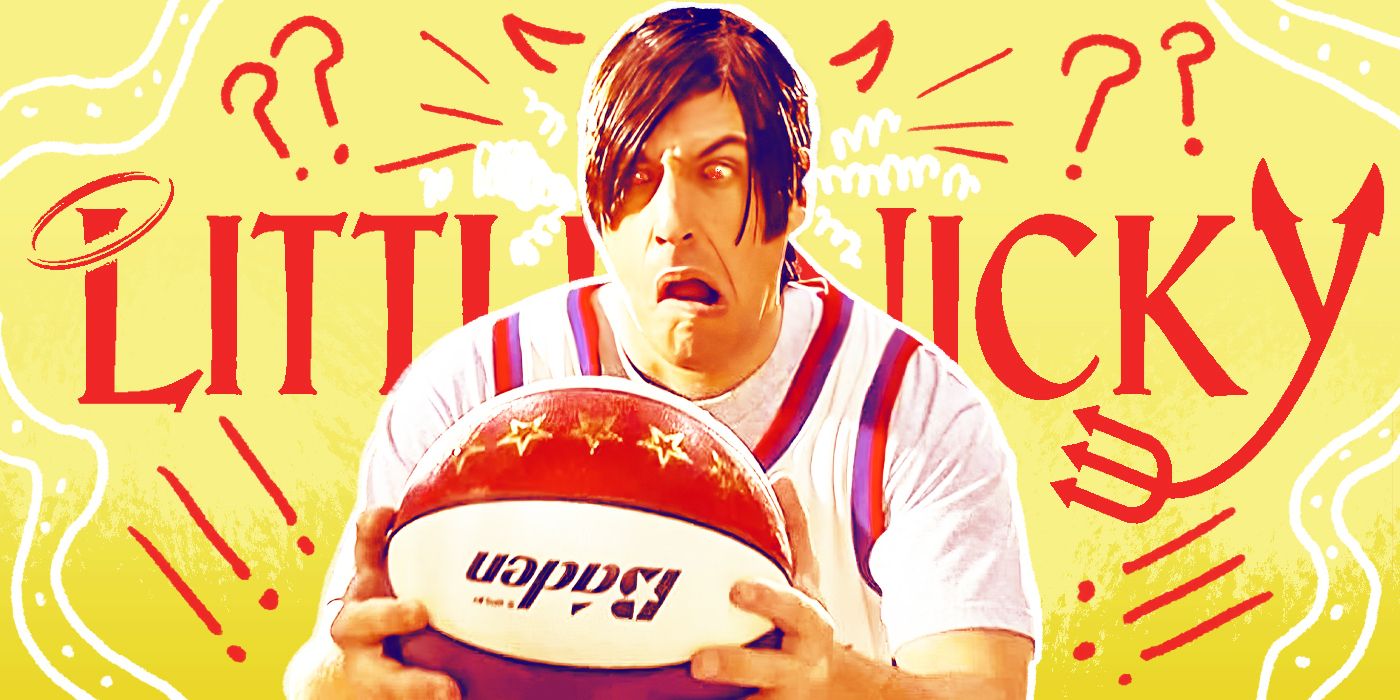 Early in Adam Sandler’s career, the SNL-breakout-turned-comedy-megastar displayed a habit of following up movies that could conceivably be labeled as “mature” – at least by the very loose standards of the man who gave the world Canteen Boy – with movies that were unapologetically silly and juvenile. Sandler showed us the first signs of his pathos and innate sensitivity playing an emotionally volatile wedding singer in, you guessed it, 1998’s The Wedding Singer; this meant that the Sandman had no choice but to resort to his goofiest tendencies in that film’s follow-up, the cheerfully nonsensical football farce that is The Waterboy.

Big Daddyof course, exists as an intriguing alchemy of Sandler’s two bifurcated artistic halves. Yes, the movie is technically a crude studio comedy packed with jokes about public urination, slapstick violence, and a handful of woefully dated gay panic bits. However, Dennis Dugan‘s film can also be read as a a deceptively insightful study about the conscious effort we all make as adults to outgrow the deficiencies that have held us back since we were young. Since Big Daddy unquestionably fell on the more evolved end of the Sandler spectrum upon its release in 1999, it stood to reason that the follow-up to that box-office smash would inevitably be Sandler’s most puerile offering to date. Right?

Little Nicky is, even by the standards of an Adam Sandler feature, not a movie that most critics feel too kindly about, and that's being polite about the matter. With the exception of Roger Ebert – who awarded the film two and a half stars, which erred on the generous side of the late critic’s general opinion of Sandler, considering Ebert gave the likes of The Wedding Singer and The Waterboy one star each – critics seemed to resent the movie’s very existence.

Here's the thing, though: Little Nicky is funny. Much of the time – and with the caveat that you turn your brain off within the first five minutes, which prominently feature Sandler pal Jon Lovitz as a giggling, tree-dwelling deviant known only as The Peeper – Little Nicky is actually really, really funny. More than that, Little Nicky is genuinely creative: the fact that Sandler and his collaborators went to great and elaborate lengths to realize this absolutely insane conceit after a string of surefire box office hits means that, in the end, that this hellacious, stoner-friendly fantasy-comedy winds up so much more enjoyable than its radioactive critical reputation might suggest.

Little Nicky remains an outlier in Sandler’s filmography in that it stands completely outside the successful, more or less traditional narrative blueprint he has established for himself over the course of three-plus decades as one of Hollywood's most successful and unexpected leading men. In most Adam Sandler comedies, our star plays an average or somehow ordinary dude – think Anger Management, Click, Just Go With Itetc. – who is forced into an innately illogical and therefore ridiculous comedic scenario. There are, of course, exceptions, like when Sandler plays one of his pure-hearted, unintelligble small-town oddballs (Hubie Halloween and The Waterboy being the two most prominent examples). Still, even in those two aforementioned hits, Sandler is still playing an absurd comic creation in a world that is still more or less recognizable as our own. The scaredy-cat buffoonery of Hubie Dubois is innately amusing when juxtaposed against the suburban sleepiness of his native neighborhood of Salem, Massachusetts, just as The Waterboy achieves velocity by placing a classic Jerry Lewis stammering-nerd archetype into an otherwise familiar sports-redemption story.

Little Nicky stands apart from all these films because even when the movie transitions from an ornately realized vision of hell to 2000’s-era New York City, the change isn’t as noticeable as one might think. In Little Nickyhell is a sprawling, fiery wasteland (according to a behind-the-scenes doc included on the original DVD special features for Little Nickydirector Steven Brillplus Sandler and co-writer Tim Herlihyallegedly used the infernal paintings of Hieronymus Bosch as inspiration for their movie's central landscape) where enormous, horny birds roam about freely, and Adolf Hitler is ritualistically punished in ways that are so foul that we can’t even reprint them here (a hint for those who’ve seen the movie: it involves pineapples). Hell's resident gatekeeper (Kevin Nealon) has a pair of boobs affixed to the top of his head, and hey, isn’t that Rodney Dangerfield playing a robe-wearing version of Lucifer?

The unfair and reductive line on Sandler has become that he now cranks out assembly-line versions of low-stakes, low-concept, lowbrow (sensing a pattern here?) comedies that essentially serve as excuses for he, his family, and his friends to take paid vacations and film a movie while they happen to be there. Putting aside the fact that this line of thinking is both unfair, reductive, and borderline-ridiculous, the criticism falls apart when one watches Little Nicky and realizes that, for however shameless the movie's sense of humor is, it stands out as perhaps the most visually and conceptually ambitious film ever headlined by one of our most beloved contemporary comedy stars.

Perhaps there is something inherently perverse about the notion that Adam Sandler somehow convinced New Line Cinema to pony up $80 million-plus dollars for a film where the star of Billy Madison defecates in the streets, becomes addicted to Popeye’s Chicken, and tells his love interest (Patricia Arquettea good sport) that he would like to, and I quote, “wash his winky in [her] kitchen sinky”, and then proceeded to treat the resulting film with a scrupulous level of imaginative care that is almost unheard-of when it comes to broad studio comedies. It's the rough equivalent of spending a million dollars in service of crafting a simple fart joke. Perhaps the line of thinking held by Little Nicky’s detractors was roughly as follows: if Sandler had access to all the top-shelf special effects and practical location geniuses Hollywood money could by, then… why go through all the effort to make this movie?

Of course, Little Nicky is deserving of more than that line of punitive thinking. Sandler could have done literally anything he wanted in the wake of Big Daddyand the fact that he chose to make this particular movie says a lot about him as a comedian, as an artist, and as a person. As Sandler's star vehicles grew more expensive (and, in the eyes of detractors, more cynical), the lunatic-adolescent purity that is captured so effortlessly in Little Nicky seemed to drift away. Yet, in spite of that, this merrily ridiculous headbanger favorite will forever remain a tribute to Sandler's more unhinged tendencies. Love it or hate it, Little Nicky is Adam Sandler's most imaginative movie.