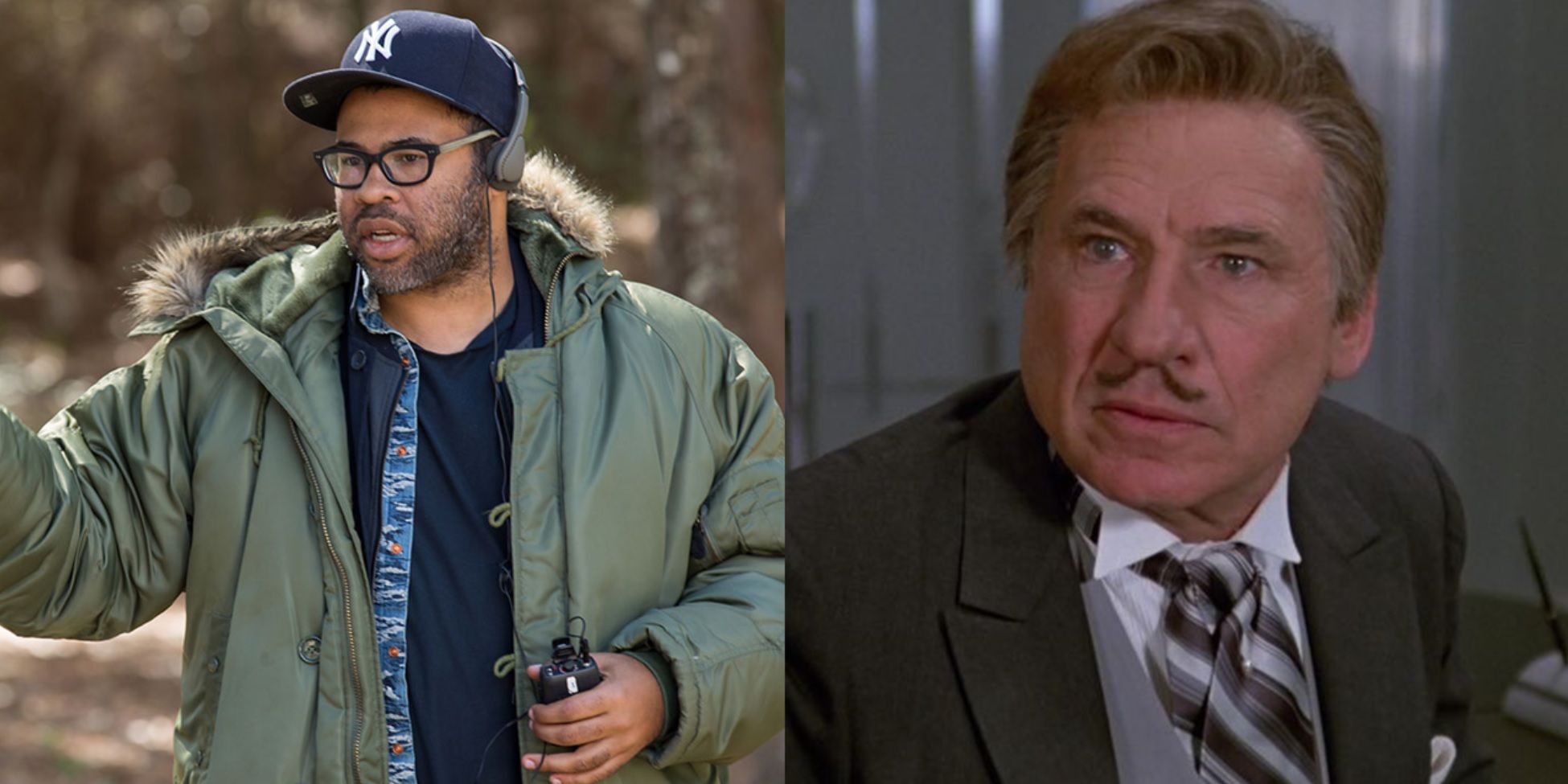 Comedian-turned-filmmaker Jordan Peele has scored another critical and commercial hit with his deeply disturbing UFO opus Nope. Peele is one of the most acclaimed directors to have transitioned into filmmaking from the world of comedy, but he’s far from the first. Mel Brooks, Carl Reiner, and both members of the comedy duo Nichols and May left the stage behind in favor of the director’s chair.

From Albert Brooks to Judd Apatow to Bobcat Goldthwait to Bo Burnham, many great comedians have gone on to become great filmmakers.

After his early YouTube videos made him a star, Bo Burnham brought his unique brand of musical comedy to the stage to produce albums like his self-titled debut and Words, Words, Words. After releasing his standup special Make Happy on Netflix, Burnham took a break from performing live.

During this hiatus, Burnham wrote and directed his first feature film, Eighth Grade. Met with universal praise, Eighth Grade is one of the definitive coming-of-age movies covering the much more complicated adolescent experiences of the social media age.

In the years since he made his directorial debut with the cult classic Shakes the ClownGoldthwait has helmed such acclaimed dark comedies as Sleeping Dogs Lie, World’s Greatest Dadand God Bless America.

Before he became one of the biggest writers, directors, and producers in Hollywood, Judd Apatow got his start on the standup stage. Throughout the 2000s, Apatow reshaped film comedy with his signature blend of raunchy humor and sincere storytelling.

When Apatow’s audiences go into a hard-R high-concept comedy like The 40-Year-Old Virginthey laugh at the jokes, but they also end up being unexpectedly moved by the character work.

After recording some of the funniest comedy routines of all time as half of the duo Nichols and May, Elaine May went on to become a hugely successful filmmaker. May’s early classics, like A New Leaf and The Heartbreak Kidbrought a dose of dark humor to the typically saccharin romantic comedy genre.

Her big-budget box office flop Ishtar initially received negative reviews from critics, but it’s since been reassessed as an underappreciated gem.

One of the most influential comedic minds of all time, Albert Brooks brought the satirical bite and relatable neurosis of his act to the big screen in such classic comedies as Real Life, Modern Romanceand Lost in America.

Brooks also depicted the definitive cinematic incarnation of the afterlife in his thought-provoking masterpiece Defending Your Life.

Carl Reiner turned his experiences writing for Sid Caesar into the adventures of Rob Petrie on The Dick Van Dyke Show. After the seminal sitcom wrapped up its five-season run, Reiner started directing comedies for the big screen.

Some of these comedies rank among the funniest ever made, including the Steve Martin vehicles The Jerk, Dead Men Don’t Wear Plaidand The Man with Two Brains.

One of the first prominent artists to return to the stage after World War II, Jacques Tati was an early French mime and cabaret performer. He moved on to filmmaking with the shoestring production of Celebration dayshot mostly in Sainte-Sévère-sur-Indre with unknown actors and local extras. Tati’s comedy movies cross the language barrier, because he deftly translated his non-verbal style of physical humor to the screen.

Anyone in the world can watch Celebration day or any of Tati’s other comedies and laugh hysterically at the slapstick gags. His bumbling mailman character was a precursor to Mr. Bean.

Elaine May wasn’t the only member of Nichols and May who went on to become a revered filmmaker; Mike Nichols did, too. Nichols’ first and second movies, Who’s Afraid of Virginia Woolf? and The Graduateare considered to be two of the greatest films ever made.

After co-hosting five seasons of one of the greatest sketch shows ever made with Keegan-Michael Key, Jordan Peele branched off on his own and switched genres to horror for his leap to the big screen. With his eye-opening debut feature Get OutPeele won the Academy Award for Best Original Screenplay.

Peele has since directed two more socially conscious, masterfully crafted horror gems. Us used classic horror motifs to satirize the monster within oneself and Nope used a spooky UFO storyline to lampoon its audience’s addiction to spectacle.

Much like Carl Reiner, Mel Brooks cut his teeth writing material for Sid Caesar. And much like Reiner, Brooks went on to direct some of the most beloved comedy movies ever made. Brooks defined the spoof subgenre with his smart, self-aware satires.

NEXT: 10 Movies Spoofed By Mel Brooks