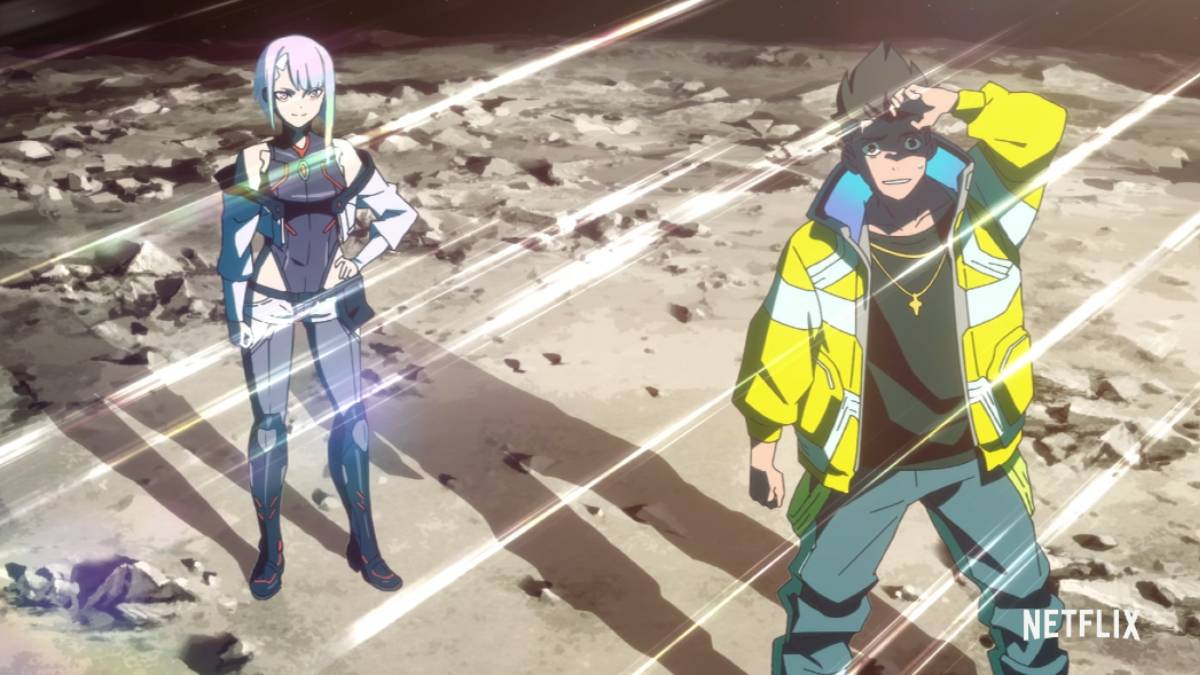 Get ready to cry all over again for Cyberpunk: Edgerunners.

Get ready to have your heart broken all over again, as CD Projekt Red has released a music video for Cyberpunk: Edgerunners. The series, based on Cyberpunk 2077, follows David Martinez, an original character, as he makes his way through NightCity, eventually meeting a girl name Lucy.

***Spoilers for the entirety of Cyberpunk: Edgerunners. If you haven’t seen the show yet, and don’t want to be spoiled, come back and watch this afterward.***

The above video is a compilation of the best David and Lucy moments, from their first meeting to escaping from an ambulance and even their “trip” to the moon, all while playing “I Really Want to Stay At Your House” by Rosa Watson.

The song has since become a fan favorite, as it plays during the final episode, which features David fighting off Adam Smasher while Falco gets Lucy to safety. David succeeds but is killed by Adam Smasher. Sometime later, Lucy fulfills her dream of going to the moon but regrets that David couldn’t join her.

Since Edgerunners’ release, the series helped reignite interest in Cyberpunk 2077, which saw a massive spike in sales and an increase in player count by 550%. The game has sold over 20 million copies since it was released in 2020 and was made available on PS5 and Xbox Series X/S earlier this year.

Cyberpunk: Edgerunners is now streaming exclusively on Netflix. For more on Cyberpunk 2077 and Anime, check out our content below.