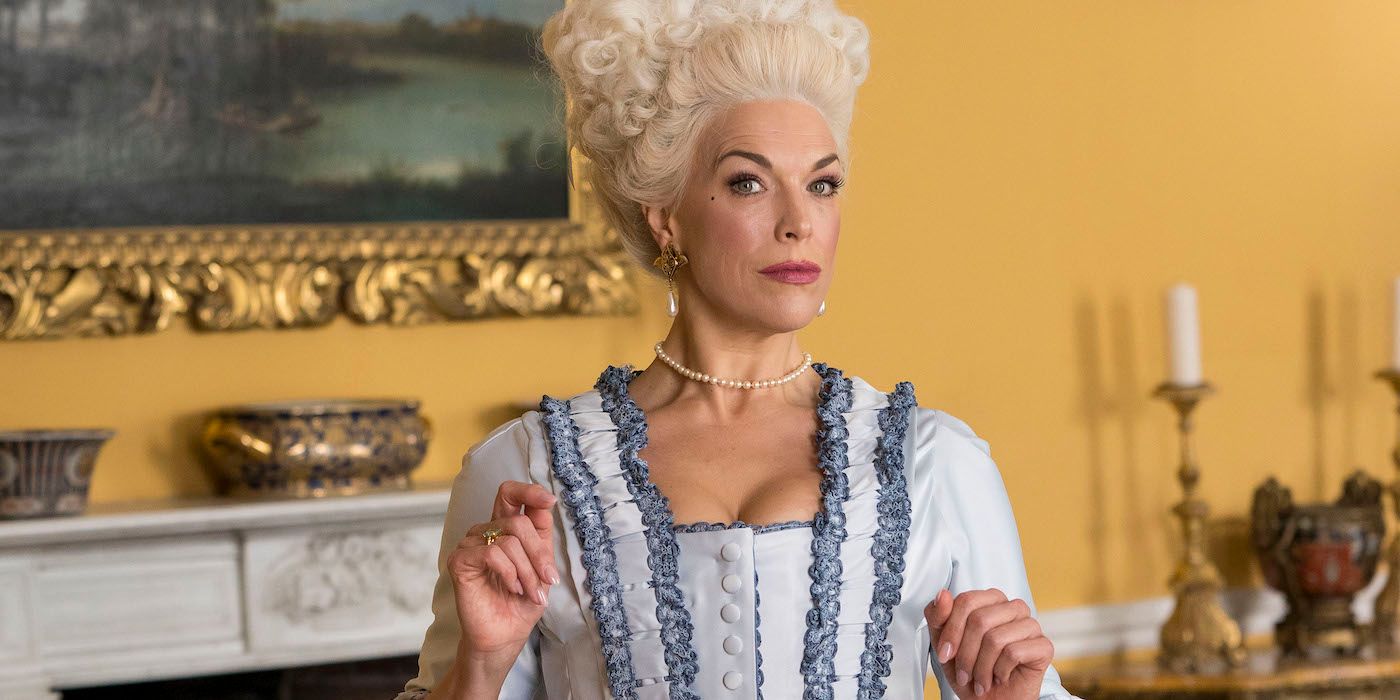 Hannah Waddingham is a name that fans cling to, and for good reason. She's brilliant in the comedy series Ted Lasso, and she's a powerhouse performer in everything that she does. (f you don't believe me, just look up clips of her as the Witch in Into the Woods.) And now, Waddingham is bringing her charm to the story of Tom Jones.

Premiering on PBS's Masterpiece in 2023, Tom Jones is based on the Henry Fielding novel that is, at its core, a romantic comedy. Emmy-winner Waddingham is playing Lady Bellaston in the series, and we got our first look at her along with co-stars Solly McLeod (House of the Dragon) and Sophie Wilde (You Don’t Know Me). Seeing Waddingham bring to life a period piece is honestly a little bit of a dream come true. Fans became aware of her as Rebecca in Ted Lasso, but she's had a long career in things like Game of Thrones and the Tom Hooper adaptation of Wretched. So to now have her starring in an adaptation of Tom Jones now that fans know and love her work? It's exciting to see, and this image does a great job of getting us excited about Waddingham as Lady Bellaston. She's posed, beautiful, strong, and the Waddingham we've all come to love.

“Tom Jones is the mother of all romcoms and isn't that just what we all need after the last couple of years of misery? It's a story where the sun barely stops shining, where love conquers all, and at its warm heart stand a pair of young sweethearts everyone can root for,” said writer and executive producer Gwyneth Hughes. “Henry Fielding's 18th century novel is sexy and fun; it's also a dramatic rollercoaster, addressing so many modern concerns around consent, sexual equality and the pursuit of happiness. Tom and Sophia overcome enormous obstacles before finding their way home and to each other. This is a classic adaptation with a wise soul and a great big smile on its face.”

It isn't a surprise that she's starring in something like Tom Joneswhich is, as Hughes says, the “mother of all romcom,s” because her character on Ted Lasso has been something of a romantic lead as well, and that charm that Waddingham exhibits on the Apple TV+ series will shine beautifully in Tom Jones and gosh, seeing her in this is going to be so amazing.

Tom Jones premieres on Masterpiece in 2023. Check out the full image below: