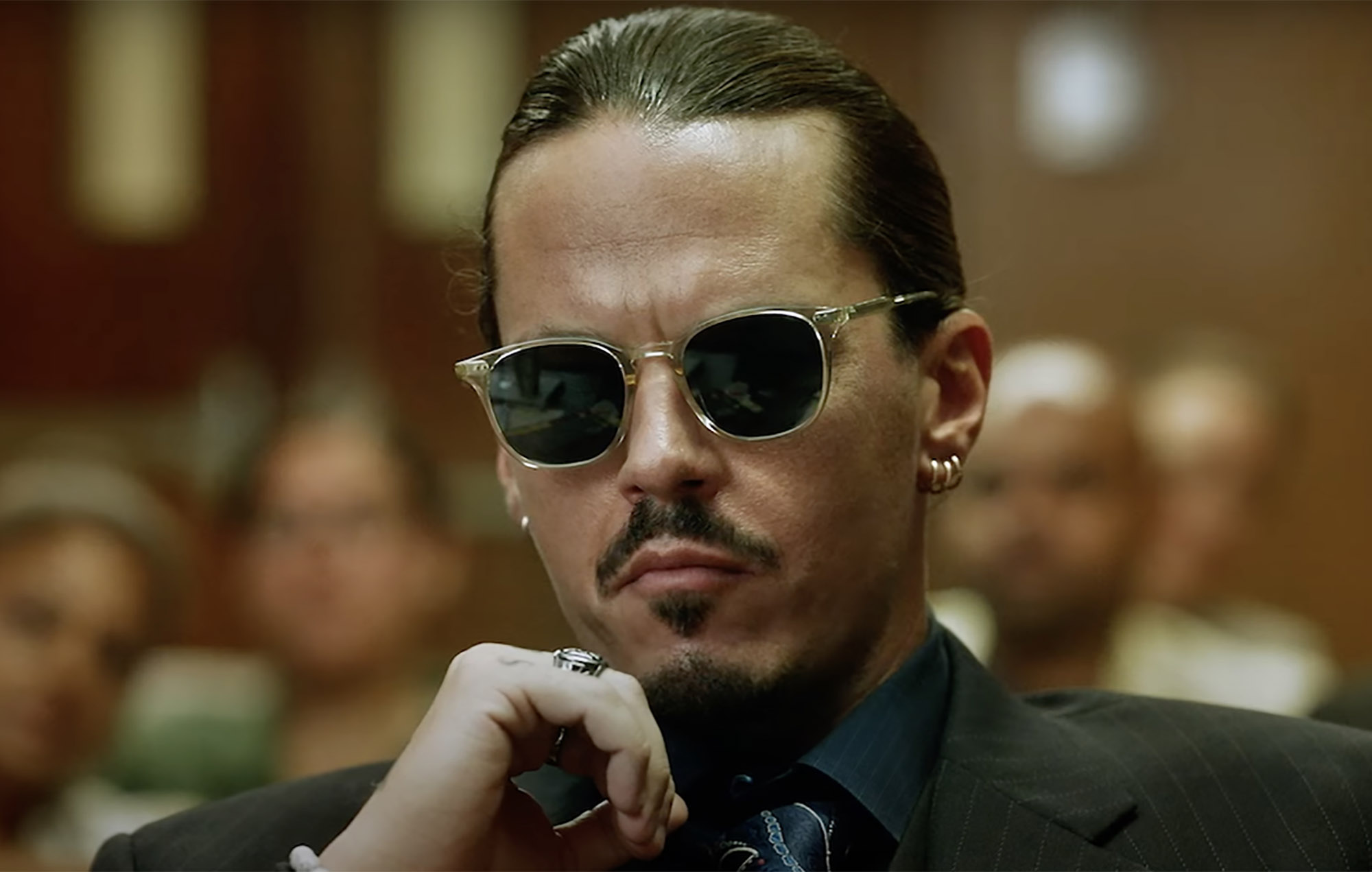 The two actors portraying Johnny Depp and Amber Heard in a new film about the former couple’s recent defamation trial have responded to a backlash from domestic abuse survivors.

Hot Take: The Depp/Heard Trialwhich stars Mark Hapka and Megan Davis, premiered on Tubi last week, and recreates the headline-making trial over the summer that saw Depp sue Heard for defamation regarding a 2018 op-ed in The Washington Post.

In it, Heard wrote about being a survivor of domestic violence, and while the piece did not explicitly name Depp by name, his lawyers argued that it falsely implied that she was sexually and physically abused by him during their marriage.

The outcome saw Depp awarded $10million (£8million) in compensatory damages and $5million in punitive damages, while Heard was awarded $2million (£1.5million) following the jury finding that Depp had defamed her through his attorney.

Alongside courtroom scenes, the new Hot Take film includes imagined scenes of what may have happened behind closed doors during the couple’s relationship, including scenes of domestic violence.

Responding to objections from domestic abuse survivors, Davis – who plays Heard – told Entertainment Weekly: “I think those people are very nervous about this film and very nervous that anything would make light of something as serious as domestic violence.

“I think those people have been very vocally upset on social media because their experience is something that deserves to be respected.

“To those people, what I’d want them to know is, I believe, based on all of my conversations with producers and directors and the studios involved in this project, that no one would come into this wanting anything other than to try and portray the truth as best as possible from two sides where we still aren’t even really sure what happened.”

Hapka further expressed hope that the film would humanise Depp and Heard, especially after the way the trial was consumed on social media.

“I think it’s horrible that they’ve had to have their entire experience completely broadcasted and brought into everyone’s opinion,” he said.

“But I think if we’re to find a silver lining in all of it, it’s the moments where things are relatable for people, and I just hope that the way that we’ve portrayed it in the movie was able to bring actual humanity to the situation, versus just words on the stand.

“It really brought a lot more compassion towards both of them, for me… A really major part of the movie that’s important to acknowledge too is the sensationalism of it all,” he added.

“This doesn’t get to where it is without so many factors, so many people involved, social media, people at home, all of that combined has made it what it is, and that’s what we’re bringing attention to.”