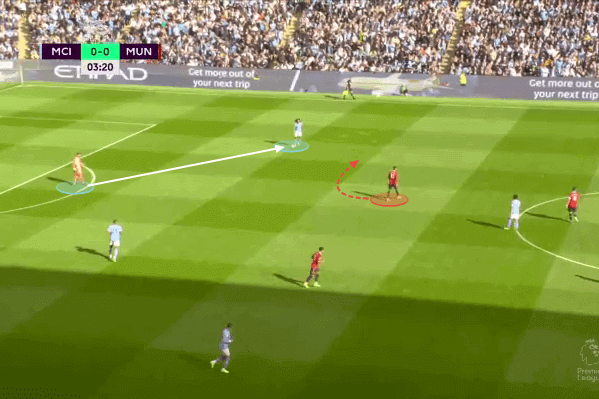 Manchester City were irresistible in attack throughout their 6-3 victory over Manchester United on Sunday afternoon.

They constantly showcased the patterns we’ve come to expect: Kevin De Bruyne overlapping and then crossing, Bernardo Silva dropping deep in midfield and then pushing into the channel, Phil Foden drifting inside from the right, Jack Grealish storming forward from the left, and Erling Haaland banging in the goals. When City work the ball into the final third, they sometimes feel unstoppable.

A decent starting point for opponents, then, is trying to stop them getting the ball into the final third. At this task, Manchester United failed miserably.

This was partly due to the nature of City’s defensive players. When the team sheet was released, it felt unusual to see Nathan Ake and Manuel Akanji together, while