Marvel Horror Projects We Hope to See in the MCU 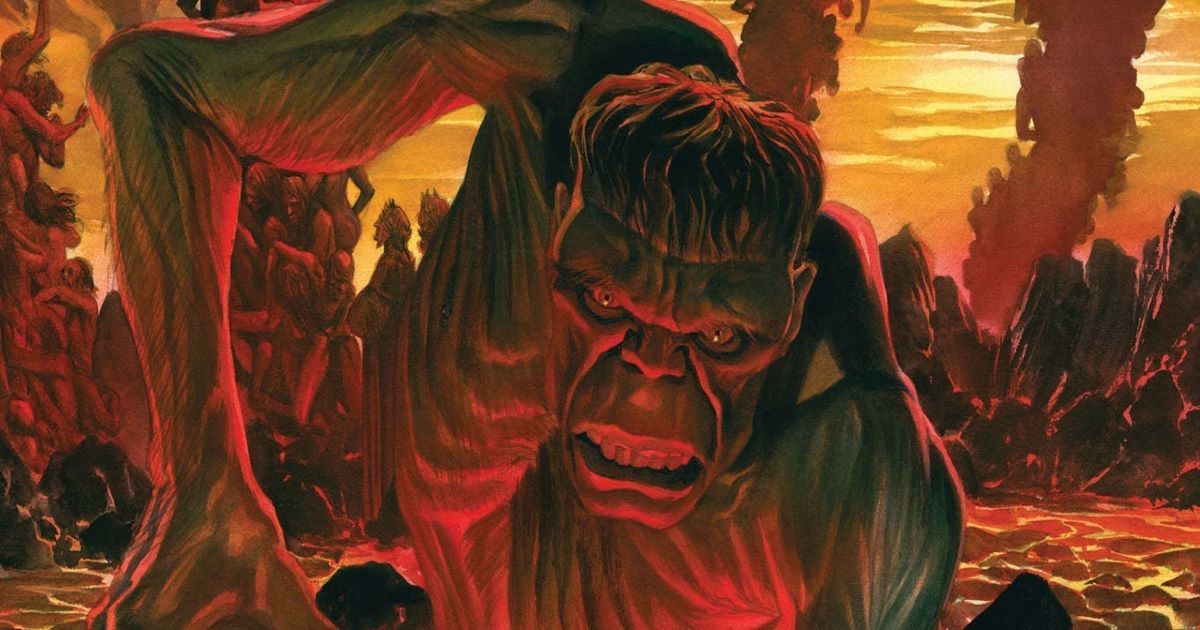 Marvel has quite an expansive catalog with a vast collection of characters. And for years, fans have sat for feature films that focused on the company's most iconic figures within that collection. Avengers: Endgame marked the passage into a new era outlining a new saga, The Multiverse Saga.

The Multiverse Saga begins in Phase Four. As part of that phase, Marvel released massive content. Marvel rolled out films featuring Black Widow, Doctor Strange, and Morbius on the big screen. And in association with Disney, Marvel developed fresh content for the Disney+ platform. These shows featured characters Wanda, Loki, and Moon Knight. But the new upcoming seasonal release, Werewolf by Night, has many contemplating what other things Disney could do with its horror collective.

So, with that in mind, here are some other projects from Marvel's horror collective that we believe fans wouldn't mind seeing.

Mephisto, the ruler of the netherworld, has a vast presence in the Marvel Universe with extensive connections to the brand's tier-one icons. He is well-known to have links to the Silver Surfer, Thor, Daredevil, Ghost Rider, Reed, Franklin, and Susan Richards. Mephisto also has considerable ties to Wanda Maximoff (the Scarlett Witch), which was hinted at in the series WandaVision. As noted by Marvel, “she (Wanda) had mystically created her two sons by unwittingly trapping and transforming two of Mephisto's power fragments.”

According to lore Agatha Harkness was aware of this and sought to destroy the Maximoff twins. And this is also theorized to be the rationale behind Agatha's targeting and kidnapping of Billy and Tommy Maximoff in WandaVision. Marvel took the story a step further with Doctor Strange and the Multiverse of Madness which explored Wanda's use of the Darkhold to fulfill her desire to bring back her twins. Given all these factors, a feature project fleshing out Mephisto and Wanda's link is in order.

Clea is an otherworldly being of the multidimensional order. She is said to be directly related to Dormammu, the ruler of the dark dimension who was also featured in Doctor Strange. Clea is not mentioned in the first installment of the Strange series. But, she is featured at the end of The Multiverse of Madness and introduced in the mid-credits of Lokiwhich first put her on fans' radar.

Clea was teased as a love interest of Doctor Strange in the Multiverse of Madness feature film. However, in the comics, she is so much more. Clea also becomes his wife. And beyond romantic liaisons, it is also theorized that she takes over Sorcerer Supreme's mantle.

A Project Just Focused on the Skrulls

A horror project featuring The Skrulls could also be of interest to fans. The Skrulls have ties with the Celestials, Deviants, and Eternals which were given a feature in 2021. The Celestials are said to be the creators of the Eternals and Deviants. The Deviants were, however, a failed experiment made evident by their horrid appearance. It was the Deviants who later became known as the Skrulls.

Related Link: Secret Invasion: Who Are the Skrulls & What Do They Want?

Beyond their origins, the Skrull are said to share a link to a host of Marvel characters. And they become pivotal movers in the Secret Invasion, a comic event upon which a feature is forthcoming, adding to the hype and boosting expectations.

Reed Richard's Story with Agatha Harkness and the Skrulls

Reed Richard is another popular Marvel character and one that fans wouldn't mind seeing a little more of. Reed is the spouse of Susan Richard and the father of Franklin Richard. But he is most known for his connection to The Fantastic Four and Agatha Harkness. Reed Richard bears the superhero name of Mr. Fantastic. And he is considered to be the founder of The Fantastic Four.

Agatha Harkness, at some point, became the governess to Reed's son Franklin. But what is most significant in Richard Reed's character arc is his link to the Skrulls. Reed's work is partly contributory to the Skrull's infiltration. And sadly, the Skrull was also instrumental in his death, which is a tragic moment in Marvel crossover history. However, given the rising anticipation surrounding the forthcoming 2023 series, perhaps expectations will be met, and fans will get to see more of Reed Richard.

Deathlok Is Another Skrull Connection

Deathlok is the stuff of nightmares, at least in appearance. The character is described as a Cyborg from the future or, more appropriately, part corpse (reanimated) part machine. Deathlok was re-introduced in Agents of S.H.I.E.L.D., raising mass appeal for more material on the character.

Deathlok is also said to have ties to the Skrull much like Reed Richards. Deathlok is one of the first to reveal Skrull's nefarious plan. So, given the character's reinvigorated appeal and its ties to other highly anticipated material, Deathlok is undoubtedly a feature that fans wouldn't mind seeing.

Zombies are titular horror characters, and the Marvel Cinematic Universe has its catalog of zombies. Fans have already been fed rumors of an impending Marvel Zombies release stoking fires of anticipation. However, now sources have confirmed that the Marvel Zombies series will be a part of the 2024 release calendar If things continue as projected.

Marvel's horror collective is vast, giving the fans much more to explore. However, given the current trajectory, these are a few Marvel horror characters that make sense for the near future. And given rumors, projections, and confirmed reports, fans might soon see some of these characters in features. And that is a lot to be excited about.